Vinny (played by Bradley Johnson) is being abused by his father Paul (Reece Dinsdale) and viewers will know the extent of his behaviour towards Vinny, who hasn’t told anyone about Paul’s shocking outbursts. But keen fans of the ITV soap have predicted Vinny might just announce the truth to the entire wedding – in his best man speech.

Evil Paul’s abuse has got worse and worse towards his son, with harrowing scenes shocking viewers as Vinny faces brutal attacks from him.

Fans have taken to Twitter to predict some more dramatic scenes which could air during the wedding of Paul and Mandy Dingle (Lisa Riley).

One said: “I hope Vinny spills the beans at the wedding, in his speech!! #Emmerdale.”

Another echoed: “Vinny include in your bestman speech that he’s been beating you up. #Emmerdale.” 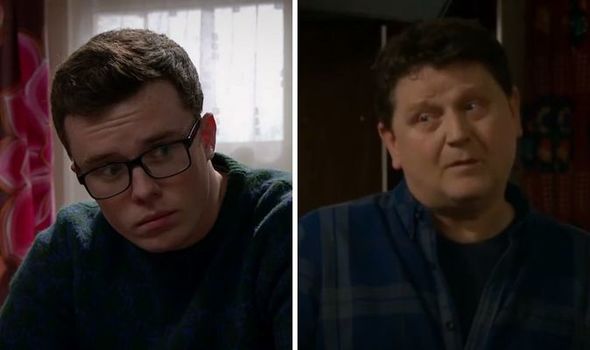 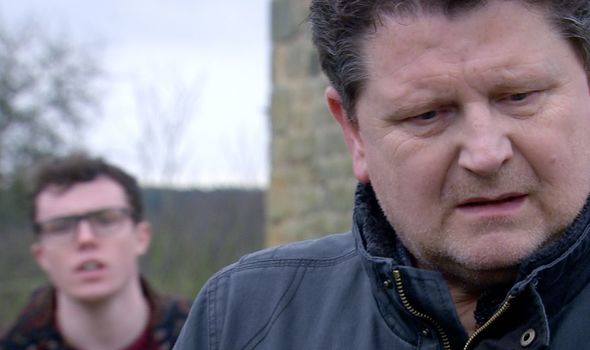 A third speculated: “Do we think Vinny might blow Paul up in his best man’s speech on the day. #Emmerdale.”

On Friday’s episode, this theory was certainly hinted at, as manipulative Paul walked in on his son as he was practising his best man’s speech, and forced him to change it.

“Let’s hear it,” he demanded at Vinny as he walked in.

A bewildered Vinny said: “It’s meant for the day,” but Paul soon got him to share the speech with him. 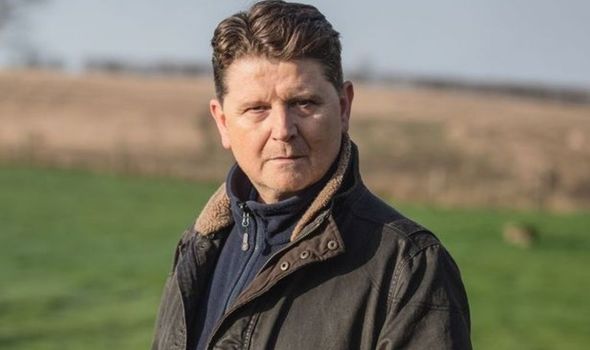 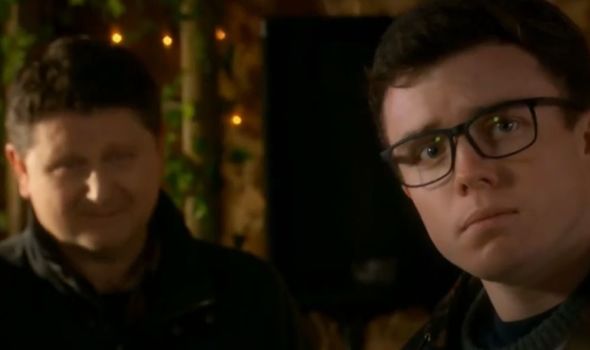 He began reading it aloud, saying: “You all know as well as being groom and best man, Paul and me are father and son.

“We’ve had some fantastic times down the years – separately, on account of him running off when I was four.

“But when he came back after all those years it was like I’d found a true friend – then I found out who he was.”

“I don’t like it son. it’s disrespectful. You’ll need to change it,” he ordered.

“What else you got?” Vinny responded that he’d written some jokes about how marriage is a gamble, but that he also had jokes poking at himself in the speech.

But Paul then forced him to get a pen and begin changing it.

“You can say we’ve had our troubles, just touch on it. Because all that’s behind us now,” he said sinisterly, before forcing Vinny to repeat the statement.

Paul then added: “Now, this long and winding road…. you’re sort of on the right lines, I see it more like a fast track to happiness down which me and Mandy are running full pelt, you got that?

“Good, now all this gambling stuff you can leave that out. Positivity yeah – think positive thoughts you get positive results, do you hear what I’m saying?”

“This wedding is going to perfect isn’t it, next week is gonna be the best week of my life, you tell me if I’m wrong.”

Could Vinny’s cryptic comment show that he’s plotting to expose his dad’s evil abuse during his speech?

Having endured the violent behaviour without telling anyone, it seems likely that Vinny could snap at the wedding, and during a public ceremony there wouldn’t be much Paul would be able to do with everyone watching.

Emmerdale continues on Monday at 7.30pm on ITV.