Jamie Tate (Alexander Lincoln) and Andrea Tate (Anna Nightingale) split when the village vet discovered his wife had cheated on him around the time of their daughter’s conception. The vet quickly moved on to Belle Dingle (Eden Taylor-Draper) but when the couple decided to give their marriage another try, Jamie continued his romance with his employee. Emmerdale fans watched Andrea’s plan to win back her husband backfire in the latest instalment of the ITV soap but the mum-of-one could still be plotting Belle’s downfall and her revenge plan may have disastrous consequences.

In recent scenes. Andrea secretly revealed texts from her husband to Belle to expose their affair in The Woolpack.

Andrea framed Belle and at first, her plan worked as Jamie was stunned by his lover’s deceitful behaviour.

However, he soon realised his wife was behind the whole thing and rejected her pleas to give their marriage another try.

Andrea begged: “You cheated on me but I am willing to forgive you. Humiliated myself in front of all of our friends, for the sake of our marriage.” 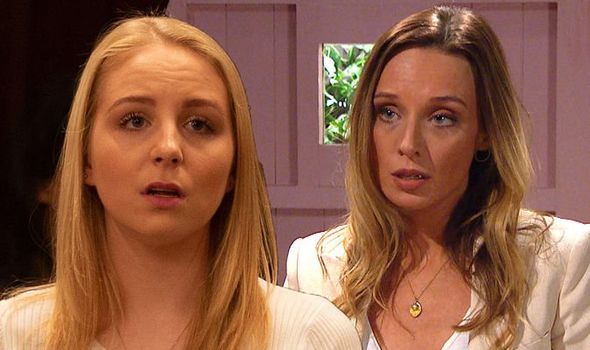 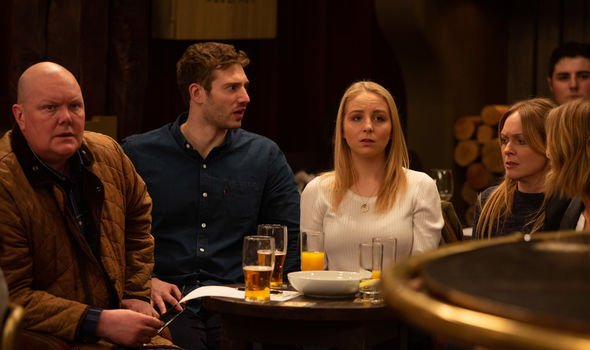 “And what about Millie, the village gossip, shattering her faith in me, all the things you accused Belle of, you did that,” Jamie replied.

As Andrea continued to beg, Jamie said: “I have tried, I’ve been fighting already to cut myself off from Belle to focus on you but we’ve got nothing left. I want to be with Belle.”

Later, Kim quizzed Jamie on the news and said: “I heard the village gossip and as an architect of many a showdown it sounds like this wasn’t actually your fault.

“Blaming Belle was, I think I might have lost her,” Jamie replied and Kim asked: “So who was responsible.” 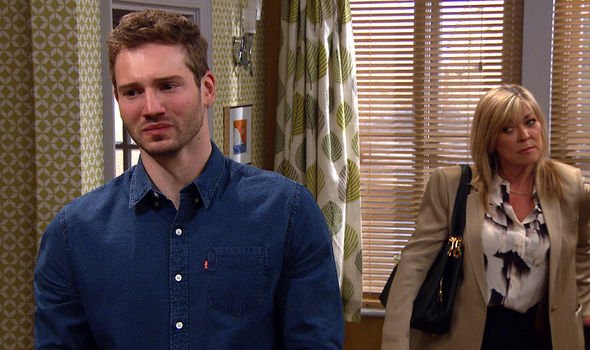 “Andrea,” Jamie revealed. “She humiliated herself in front of half the village just so she could slander Belle.”

“Well if you’d taken my advice to break things off and work harder at your marriage,” Kim said.

Jamie hit back: “I couldn’t do that just for Millie’s sake. You can’t use a kid as glue mum, it’s not fair, they just end up more damaged in the long run.”

“Well if you’ve made up your mind, no wonder the woman was desperate she’s got no more ammunition,” the businesswoman remarked.

“I should have got out earlier, made a decision and stuck to it, avoided all of this,” the vet replied.

“Have you thought about Millie? Seems like we’ve been here before,” his mother questioned.

“I need to protect her obviously, make her understand that me and Andrea not living together is permanent this time, we both still love her obviously,” Jamie said.

The love rat asked Kim if he could move back in with her and she happily agreed.

“Now go and grab what you don’t want Andrea to burn,” Kim remarked.

“She’s taken loads of her stuff, Millie’s too, her pyjamas, her tablet she takes everywhere, her special teddy. I think they’ve gone,” Jamie revealed.

Andrea has proved she will do anything to win back Jamie but if she fears their marriage is over she could frame Belle for her and Millie’s disappearance.

Will the scorned wife fake her and Millie’s death to ruin her husband’s relationship with Belle?