Emmerdale: Faith Dingle walks in on Cain and Moira kissing

Faith (played by Sally Dexter) was last seen on Emmerdale when she confessed to son Cain Dingle (Jeff Hordley) she knew he had a secret child in Nate Robinson (Jurell Carter). The betrayal was too much for the village bad boy to bear and he offered his mother an ultimatum; either she leaves or he would. Having kept her distance, the matriarch is making her triumphant return to the ITV soap to see if she can bury the hatchet of the wrongdoings from her past. However, it seems she might have another reason for wanting to reunite with her family as her comeback is centred around death.

The drama kicks off in February when Cain’s wife Moira Barton (Natalie J Robb) inadvertently crosses paths with her mother-in-law.

Faith looks somewhat different as she is dressed like an undertaker and is in the process of stealing a hearse when she bumps into her daughter-in-law.

It has not yet been explained why the mother-of-two seems to have found a new profession, but could it be an estranged family member has died and she wants to give them a fitting send-off?

Never one to stick to the straight and narrow path, the feisty character could be trying to lay her loved one to rest with as little cost as possible.

However, how would her loved ones react back in the Village if they realise they wouldn’t have been given the chance to say their goodbyes? 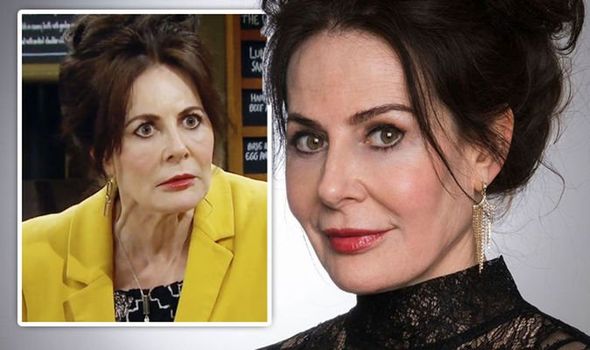 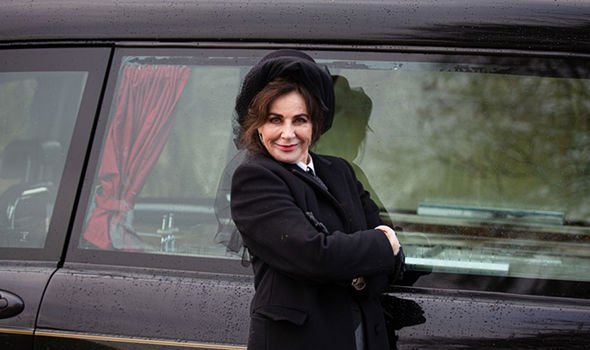 After their chance meeting, Faith will turn up in the Dales and ask Moira if she thinks her son will ever forgive his mother.

Having just got her marriage with Cain back on track, it is unlikely the farm owner will want to upset the apple cart.

Will she convince her mother-in-law to stay away and focus on getting over her grief of losing a family member?

Or will the feisty character decide she wants the chance to rebuild her relationship with her son, regardless of the repercussions? 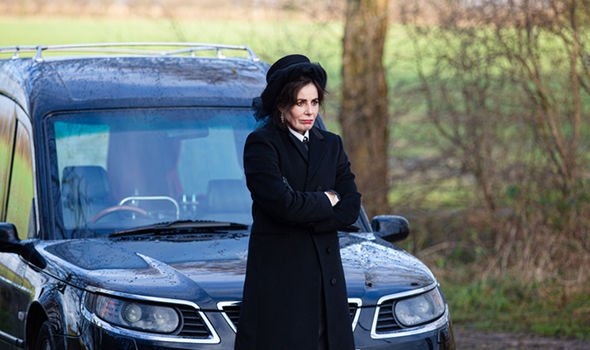 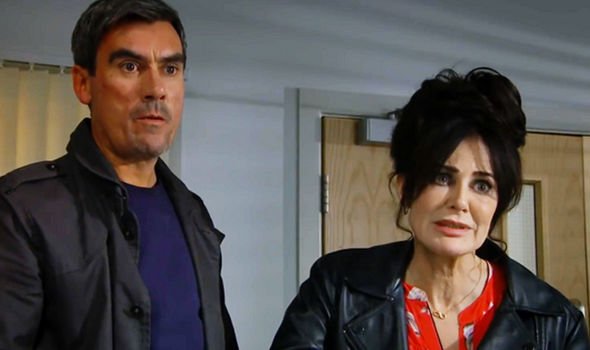 It’s wonderful to be back

With Faith being absent from the drama in the village for over a year, she will have a lot to catch up on with regards to the lives of the Dingle clan.

Speaking about the matriarch’s return, the actress who plays her, Sally, said: “It’s wonderful to be back in Emmerdale again.

“From the first day I felt like I was getting a big warm family hug from everyone, it’s a really special show!”

“A character bursting with fun, Faith’s certainly set to ruffle a few feathers and will test the Dingle’s loyalties like never before,” she continued.

Viewers have been calling for the character to return ever since she left the Village in the Autumn of 2019.

Taking to Twitter, one fan of the feisty grandmother wrote: “#Emmerdale is really missing Faith Dingle, missing all the humour.”

Another posted late last year: “I would personally love a Faith return at Christmas. I know she could be a pain, but I think #Emmerdale needs some more big characters again!”

Executive producer Jane Hudson had only teased Faith’s return a week ago when she told the press what was coming up in the next few months.

The soap boss told Express.co.uk and other publications: “We have a very much loved character coming back to the village!

“They light up the screen. There’s going to be lots of fun. The actor/actress has returned to shooting. Look out for their return coming up soon.”

Viewers will have to wait and see what drama follows Faith in the coming weeks and months.