Graham Foster (played by Andrew Scarborough) left Kim Tate (Claire King) devastated on Emmerdale when he admitted their casual relationship was over because he had met someone else. Kim opened up to son, Jamie Tate (Alexander Lincoln) about her feelings for Graham as she realised the new woman in Graham’s life was serious. However when Kim doesn’t react the way Graham thought she would, the bodyguard could be forced to do something he may regret.

In last week’s scenes, Graham and Rhona Goskirk (Zoe Henry) caused a stir when they revealed themselves as an item.

Realising it’s time to move on, Graham prepares to move his things out of House Farm in upcoming episodes of the ITV soap.

Worried Graham has nothing left to lose, Andrea Tate (Anna Nightingale) confronts Graham over his plans to keep their secret over Millie’s uncertain paternity.

Later on a shock meeting with Kim leaves Graham pleasantly surprised regarding concerns he had over his future in the village. 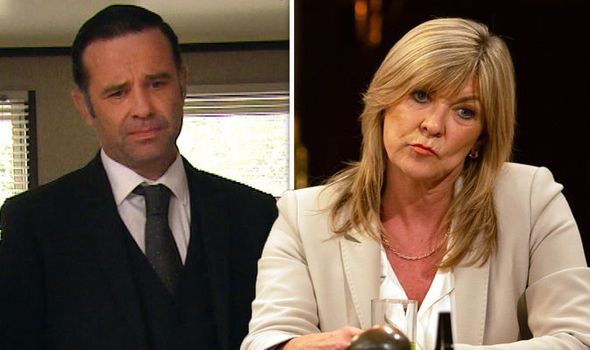 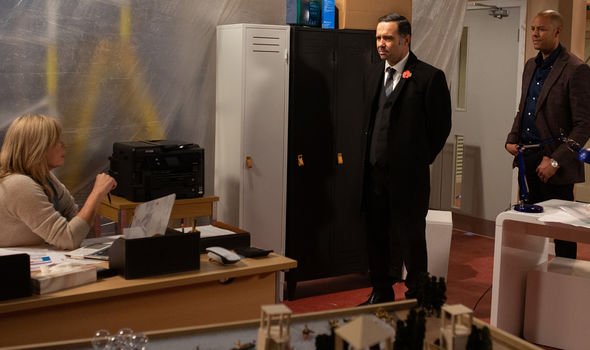 Kim tells Graham that she doesn’t want him to give up on his son and even though their personal relationship is over their professional one doesn’t have to follow suit.

However just as Graham breathes a sigh of relief, Kim has a massive shock in store.

She decides he can no longer be trusted and changes his position in the company.

Emmerdale viewers will have to wait and see what exactly Kim has planned but it seems Al Champan (Michael Wildman) will benefit from Graham’s fall from grace. 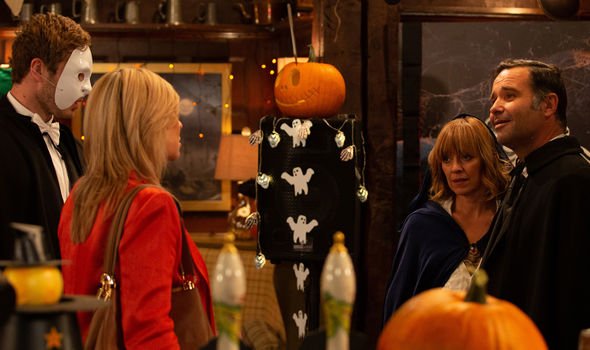 But fearing his career has become unstable, will Graham be driven to take revenge on Kim or Al?

Since Al’s arrival Graham made it very clear he didn’t trust the smooth talking businessman.

Even though he is no longer in a relationship with Kim, it’s likely Graham will still have her best interests at heart.

Will Graham do whatever it takes to make sure Al doesn’t get too close to Kim?

Meanwhile it’s been reported Graham will leave the village in the New Year and his exit is set to be explosive.

A source told The Daily Star on Sunday: “Andrew’s seen a great addition to the cast and has been involved in some of Emmerdale’s biggest storylines since he arrived in the village at 2017.

“So he was never going to leave in the back of a taxi.

“His exit will be huge and will kick start a drama filled and action packed year in the Dales.”

Express.co.uk has contacted a representative for Emmerdale for comment.

Emmerdale viewers will know Vinny is not Mandy Dingle’s (Lisa Riley) biological son but his true identity has yet to be revealed.

Fans are certain the Dingle imposter will be exposed as having a link to the village vet.