Emmerdale viewers saw the aftermath of Harriet Finch (played by Katherine Dow Blyton) exposing the truth tonight. Her family unit was undeniably fractured and she started to express her own worries, convinced she needed to escape the village following her evil actions. While Dawn Taylor (Olivia Bromley) managed to talk her into staying in the Dales and in her job as the local vicar, it seems Will Taylor (Dean Andrews) dropped a cryptic clue that history could repeat itself and those closest to Harriet should be wary as she turns on her family once more.

“As long as your are a vicar here, we are protected,” Dawn argued after Harriet worryingly said she was unable to carry out God’s duty anymore.

“You’re in charge of that graveyard, no one can touch it without your say so.”

“You’ve made a career out of going undercover, of faking it,” the former addict remarks. 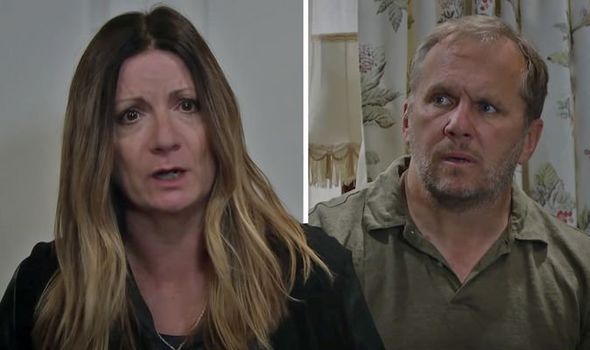 “Me and dad believed every lie you told us, so if you fooled people once, you can fool them again.

“You’re going to have to Harriet, because if you don’t we are finished,” she added.

In a later scene, it seems Harriet had a word with herself as her attitude was noticeably different.

She said: “I’m sorry about losing it before, you’re right, if I left the church now, I’d have everybody asking questions.” 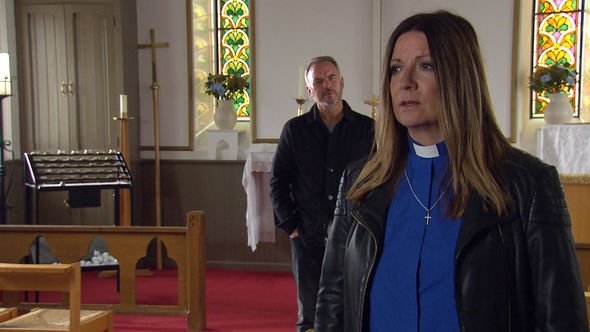 “We can’t deal with that kind of attention now. So you’ll stay?” Dawn asked.

“I’ll have to, I’ve got no choice,” Harriet replied, but the two were interrupted by Will returning home to the cottage.

“Me being here isn’t going to make any difference,” Will said after revealing he was leaving.

“You’re the one man I’m meant to count on!” Dawn hit back, but Will was having none of it: “I can’t count of you, covering for her [Harriet] and Malone!” 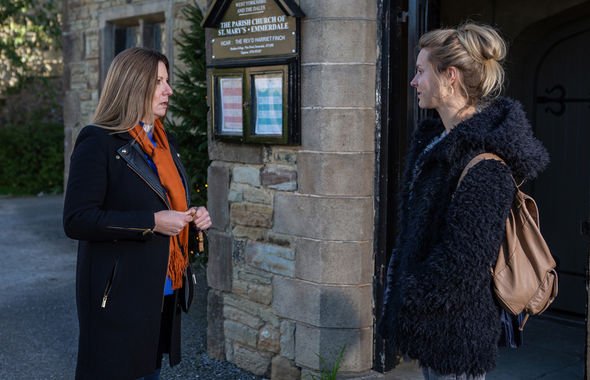 “I need you, helping, not abandoning me again!” His daughter pleaded.

“I didn’t abandon you, I got sent down – by her!” Will shouted pointing at his ex-fiancé.

Emmerdale fans will remember Harriet, Will and Dawn’s backstory; the vicar was formerly a police officer, who was on an undercover mission to try and take down the drugs gang Will was embroiled in.

Despite falling in love with Will – viewers will never know whether this was true or not – she wasted no time focussing on the job in hand and putting him in handcuffs.

So what’s to say she won’t do it again?

After all, Harriet is rather selfish, and could go to the police before Will and Dawn seek revenge on her…

As for Malone, fans still think he isn’t actually dead.