Dan Spencer (played by Liam Fox) was hospitalised last week after suffering a serious anaphylactic shock, Emmerdale residents Brenda Walker (Lesley Dunlop) and Eric Pollard (Chris Chittell) were on hand to help him alongside village nurse Wendy Posner (Susan Cookson). Unfortunately, they were a little too late and Dan’s life changed forever when he told the doctor he couldn’t feel his legs. After being rushed into the emergency theatre, Kerry Wyatt (Laura Norton) alongside surrogate daughter Amelia Fox (Daisy Campbell) were by his bedside when he woke. But what does his future look like? The actor who plays the mechanic teased Dan rekindling his romance with an old flame.

Earlier last month, Dan suffered a mild allergic reaction when he ate a wrap Brenda’s step-children Kathy and Heath had prepared at school in their cookery class.

However, weeks later and after fixing Brenda’s dodgy coffee machine as a favour, he asked her if he could have a wrap for his lunch and headed back to the garage.

But within minutes of biting into the wrap, he was on the floor struggling to breathe, and as a result of the way he fell, he injured his spine, hence the surgery. 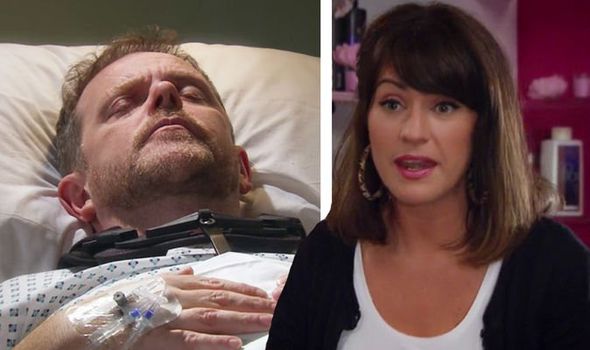 Discussing this new storyline, the actor who plays Dan said to express.co.uk and other press: “The effects [the second allergic reaction] has done upon Dan is quite life changing.”

One person who has remained by his side despite their ups and downs is Kerry.

Fans will remember their relationship breaking down about a year ago, despite them trying their very best to keep their family together for Amelia’s sake.

Now, they successfully co-parent together and because of the allergic reaction, she has been faithfully by his side.

Is there a possibility the two could get back together? 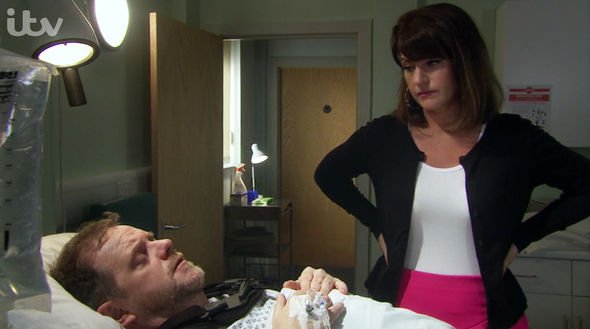 “Even though they’re [Kerry and Dan] not together, they’ve still got this ongoing friendship,” Liam revealed.

He went onto say, in his opinion, Dan and Kerry are definitely over “for now”.

“I think it [their relationship] should be actually because I think otherwise Dan becomes a bit of a lap dog really.

“He [lets her] get away with so much that you know, we need a kick up the backside – it’s like ‘Dan get a life.’ 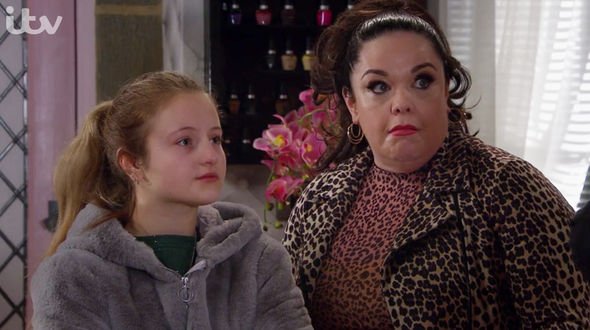 “I think they’ll always be a friendship with him [and her]. And if she was in trouble, he’d be there for.

“But as far as a loving, romantic relationship is concerned, then that’s probably that’s [not going to happen] I reckon,” the actor stated.

Does this mean Dan has his eyes set on someone else then – Mandy Dingle (Lisa Riley) perhaps?

After all, she has managed to worm her way into the hospital ward and be by Dan’s side, flirting uncontrollably with him.

Liam said he would “possibly” like Dan and Mandy’s flirtation to go further.

“It’s nice to get back to doing a bit of comedy,” the actor explained.

“At the minute I feel like it’s great because I’m doing some proper drama again and some comedy as well. And Lisa can do it all. You know, it’s just brilliant.

“So down the line you never know,” he said.