DI Mark Malone (played by Mark Womack) arrived in Emmerdale a few months ago and has been causing havoc in many residents’ lives ever since. Those watching at home have been left divided by the newcomer’s behaviour, questioning why he is in the Dales, how long he is going to be staying for, as well as being extremely eager to find out about his past. The soap has been drip-feeding information about Malone’s history, in recent scenes we saw his connection to Harriet Finch (Katherine Dow Blyton) exposed, but previously, viewers theorised he and Wendy Posner (Susan Cookson) shared a past. During an exclusive interview with Express.co.uk, the actor who plays the corrupt cop spoke about the possibility of Malone and Wendy knowing one another…

Last summer, Wendy arrived in the Dales and was here to stay, much to the annoyance of Emmerdale fans.

She was embroiled in Victoria Sugden’s (Isabel Hodgins) harrowing rape storyline, as it was her son – Lee Posner (Kris Mochrie) – who carried out the heinous act.

Wendy was adamant Lee was innocent and Victoria was making up the night’s events, but overtime, she slowly began to comprehend what a monster her son was.

Wanting to be close to Victoria and the baby, she moved into the village and accepted a position at the local doctor’s practice as a nurse. 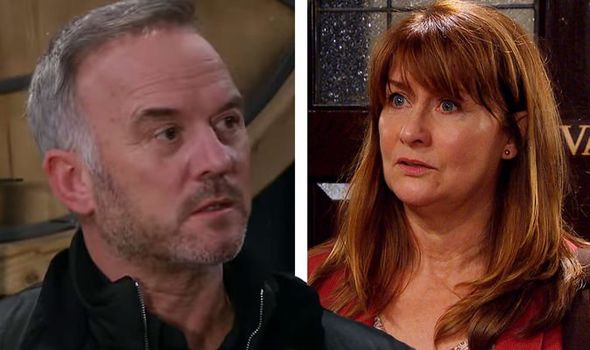 But she didn’t arrive alone, her other son, Luke Posner (Max Parker) came too.

Questions were raised about Lee and Luke’s father – Wendy’s husband, and although she has mentioned him in passing, the soap hasn’t delved any deeper.

Fast forward to earlier this spring when Malone came onto the scene and fans began speculating, suggesting Malone could’ve been Wendy’s ex-husband.

Express.co.uk put this idea to the actor who plays Malone and while he thought it would be a good twist, he also thought it was a little far-fetched.

“I think that’s a little far off the mark!” Mark laughed off. 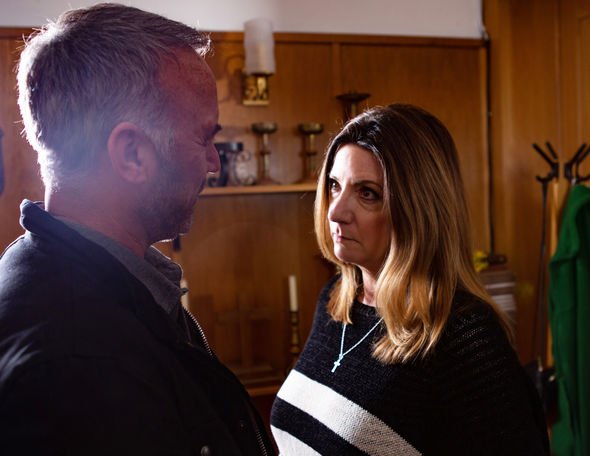 While Wendy and Malone may not be connected, it seems Malone does have a past.

Emmerdale confirmed Harriet and Malone’s past recently when it was revealed they were former lovers.

It didn’t take long for the pair to reignite their feelings and they have since been sneaking around behind closed doors snatching time with one another, despite Harriet knowing how dangerous Malone is.

But while Malone gallivants around the village lording over Cain Dingle (Jeff Hordley), Billy Fletcher (Jay Kontzle) and Will Taylor (Dean Andrews), could he be joined by some of his family members?

“I think Malone is definitely a lone wolf,” Mark explained. 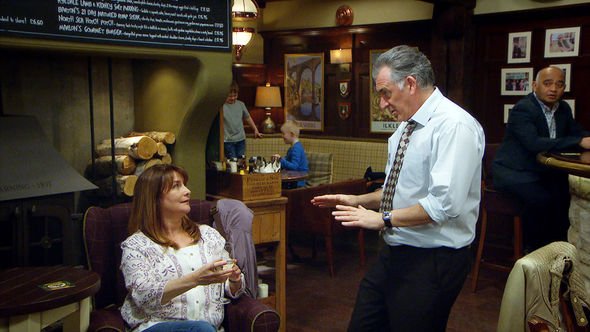 “I think he’s obviously got family – and you may find out later – but at this moment in time, he’s most definitely a lone wolf.

“And I think there’s reasons behind that; I think he has been made in the past, he’s that he’s left his wife,” he added.

“And I think for very specific reasons – which we’ll get find out – but right now, at this moment in time, there’s no one.

“He won’t have anyone around in close because he wants to be able to move quickly and do what he needs to do,” Mark clarified.

As for what is coming up for Malone, it seems he is still going to be terrorising Cain and his men.

Last month, he organised Cain and Billy to move some drugs for him, but in a twist, he had set them up to be flagged down by a police car.

Luckily, Will, who was not involved in the deal, rang Cain and Billy and told them they had been set up.

Dawn Taylor (Olivia Bromley) came to the rescue and took the drugs off them so when they were stopped they had no gear.

But Will suffered the consequences and he was beaten up to the point of being hospitalised, and it seems this threat is the least Malone will do in order to teach someone a lesson.

“Malone will use any kind of threat in order to get what he wants,” Mark revealed.

Emmerdale airs Monday, Wednesday and Fridays at 7pm on ITV.