After Mandy Dingle (played by Lisa Riley) made a brief return to the ITV soap in January with teenage son Vinny (Bradley Johnson) in tow, she’s back again, still with a secret, which is all about to be revealed to viewers.

Her short stint in January seemed to hold the answers to a much anticipated secret, with viewers assuming that it would be revealed that Vinnie was Paddy Kirk’s (Dominic Brunt) teenage son.

This was quickly revealed not to be the case and she quickly made a hasty exit with Vinny questioning why she hadn’t opened up to her family.

Mandy had warned him that it “wasn’t the right time” but it seems her secret won’t be secret for too much longer. 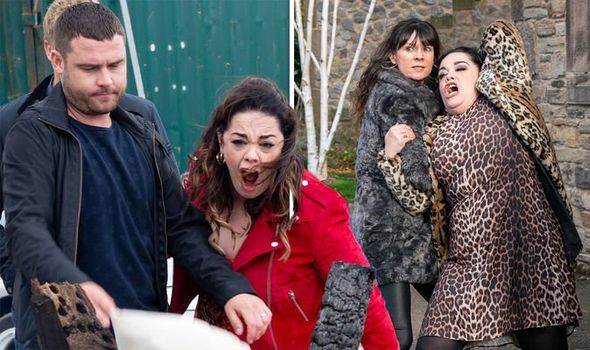 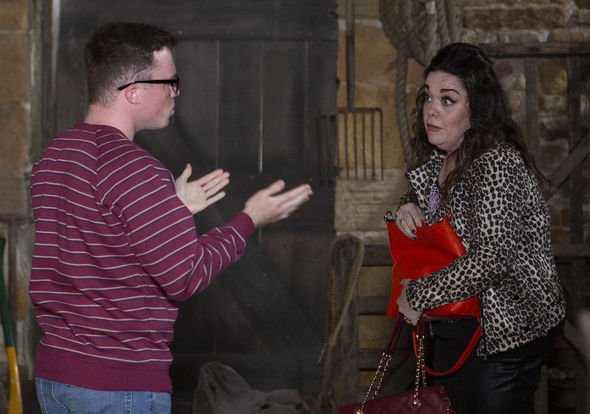 So what has Mandy got herself into?

The mother and son will be caught up at Butler’s Farm searching for a bag which clearly spells danger before being quickly caught by Chas Dingle (Lucy Pargeter).

She immediately suspects something is up and goes to investigate, walking in on Mandy and Vinny in chaos with a bag crammed full of stolen cash and casino chips.

Chas wastes no time telling the rest of the Dingles what she’s been up to.

Unsurprisingly, the clan are furious with Mandy, who has spent her time back asking her family members to help her out with cash.

So who has Mandy stolen the money from and why? It seems like all will be about to spill out. 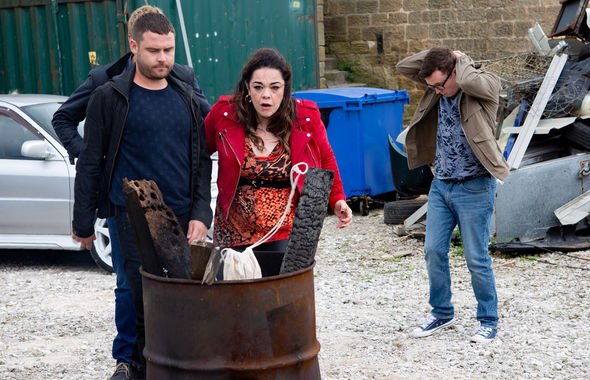 Mandy has spent 17 years away from the soap, living in Southampton, and her return back in January left several unanswered questions in the village, which are sure to be explored.

Her return is already causing fireworks, with a new feud set to start with Aaron Dingle (Danny Miller).

After he initially offers to help Mandy out, promising to transfer the casino chips to actual cash, he insists on taking his share of the stolen money.

However, this turns into a huge row between the pair, resulting in Aaron recklessly dropping the money into a burning barrel, after revealing he’d already taken his share.

Mandy is furious as she watches the cash burn in front of her, but what is Aaron really up to? 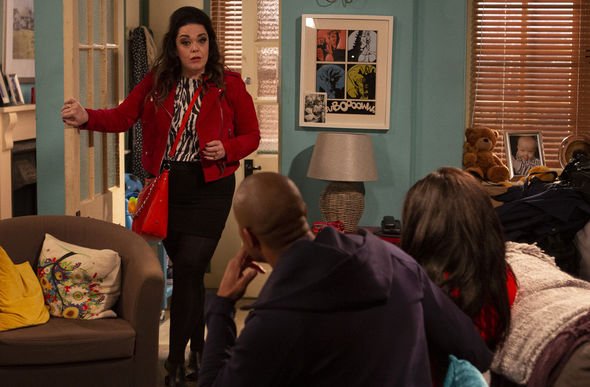 With this feud set to hot up, Aaron is clearly not the only one who has tensions with Mandy.

Speaking to Digital Spy, actress Lisa said that there is bad blood with “Robert, massively. There’s no love lost between Mandy and Robert at all”.

She also looks set to cause trouble in paradise for Marlon (Mark Charnock) and Jessie Dingle (Sandra Martin), after she bursts in on the headteacher kissing her ex-husband Al Chapman (Michael Wildman).

It seems sure that Mandy’s return is to lead to an explosive few months for the Dingle family and will cause huge drama as her schemes continue.

Emmerdale continues at 7pm on ITV every weeknight.