Manpreet (played by Rebecca Sarker) has found herself battling her morals recently on Emmerdale after bonding with her former step-son Ethan Anderson (Emile John) by unconventional means. With the youngster wanting to track down his birth mother, he turned to the GP in hopes she would assist him as he didn’t want to get his father, Charles Anderson (Kevin Mathurin) involved. However, when her sister Meena Jutla (Paige Sandhu) meddled in the search for the mystery character, she might have got her older sibling into a whole heap of trouble which could lead to Manpreet’s exit from the ITV soap.

The drama began when Ethan confessed to Manpreet what he was aiming to do and he hoped she could use her role as a medical professional to help him.

Sat in the café, the vicar’s son told his former step-mother: “I’m not asking you to reveal actual medical records.”

Replying with slight concern in her voice, the doctor said: “Ethan, you’re a lawyer. You know I can’t do that.”

As he explained no one would ever have to know, the GP hit back and declared: “No, I literally can’t.

“It’s impossible for me to get that kind of information,” she remarked to which Ethan said there had to be a database with patient’s records on it. 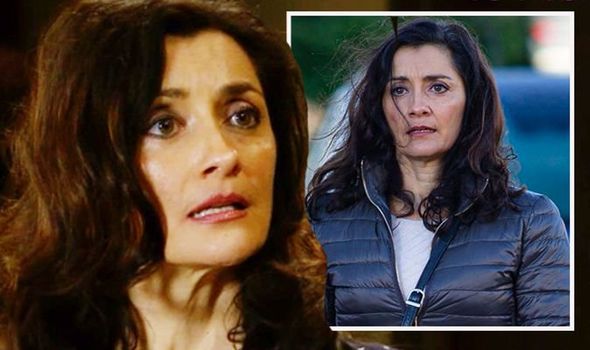 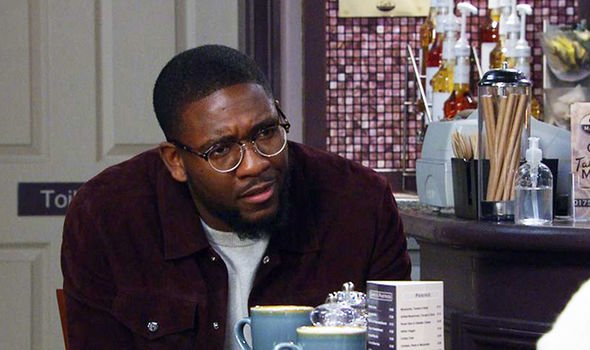 “Yeah, that I couldn’t get my hands on even if I wanted to,” Manpreet replied, stating: “I’m a doctor in one small practice.

“And they are the only summary care records I have access to,” she continued with Ethan following up by saying: “Well, patients are able to get access to their own medical records.”

“Yeah, through their GP,” the doctor explained which led her former step-son to ask: “What if I was registered with you?”

“Then I would guard your privacy with exactly the same integrity,” the GP declared but it was clear she wasn’t catching on to what he was saying.

Explaining himself, Ethan said: “If I was your patient and there was something wrong with me, you might think are genetic links.” 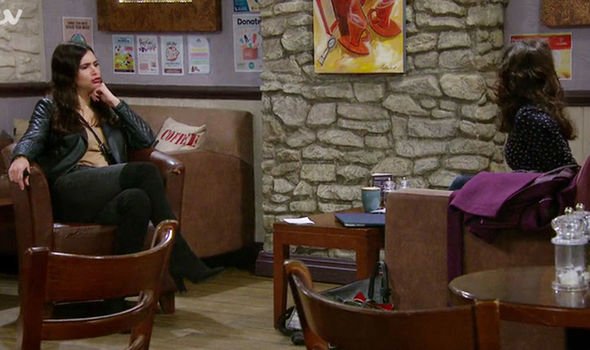 It’s unethical and not to mention illegal

“So you [would] need to know if my parents carried a certain illness or condition and then surely you would call up the records to find out,” he continued.

“I don’t know. It doesn’t matter,” she answered which left her former step-son somewhat subdued by her response.

“It might not to you but it does to me, a lot,” he replied and Manpreet followed up by saying: “It doesn’t matter because it’s unethical, Ethan.

“I’m really glad you feel you can come to me with this but I’m sorry, I just can’t help you,” Manpreet explained. 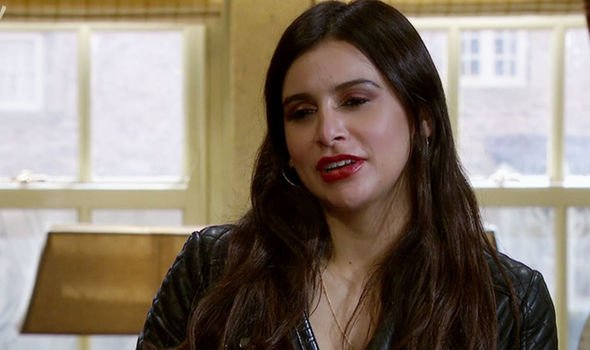 Later on, the doctor told her sister Meena what Ethan had asked her to do and it seemed the youngster was on board with his plan.

“He thinks I will snoop through patient’s records for him. How is that great?” the no-nonsense doctor asked her younger sibling.

“It’s great he came to you. What did you say?” Meena replied and the GP declared she couldn’t break the law.

“I don’t have access and even if I did, my answer would still be no. It’s not that I don’t want to, it’s unethical and not to mention, illegal,” Manpreet exclaimed.

Meena noticed a scrap of paper on the table in the café which had a name scribbled down on it.

“Is that the name?” she asked with her older sister nodding her head in response.

“One favour, would it really be such a crime?” the mischievous youngster replied and her sibling explained it would be breaking every rule in the book.

By the end of Thursday’s instalments of the weeknight serial drama, Meena had got her hands on the mobile number for Ethan’s long-lost mother.

Asked by Manpreet how she’s managed to get it, Meena replied: “Oh yeah. An old friend from college. He’s at a major hospital now so they have full access to records you don’t.

“I always knew he had a soft spot for me,” she said but noticed her older sister was still reluctant to accept her gesture.

“It’s just a number, that’s all you need to know,” the youngster explained, hinting she had actually got the number by unconventional means.

Manpreet will go on to give Ethan the number and he makes contact with the birth mother he never knew.

However, this could have huge consequences for the doctor as the authorities could get wind that someone has breached medical records by illegal means.

With Manpreet’s credentials used to access the files, the GP could be instantly struck off and could face police charges for the criminal activity.

Framed for committing the crime but not wanting her younger sibling to be punished, the doctor would take the blame and face a lengthy stint behind bars.

Could helping Ethan result in her exit from the village as Manpreet is sentenced to years in jail?