Emmerdale: Luke reveals to Wendy that Lee attacked him

Emmerdale viewers saw Luke Posner (played by Max Parker) confide in his mother, Wendy Posner (Susan Cookson) about his sexuality this evening. The Woolpack chef has been trying to hide his past relationships with men from girlfriend Victoria Sugden (Isabel Hodgins) ever since Ethan Anderson (Emile John) arrived in the Dales before Christmas. Luke did, however, admit to dating a man before Victoria, and she accepted him for who he was. But, this evening’s development has thrown a curveball, because when Luke was explaining his life with Stephen to Wendy, he spoke about the time he told his brother, Lee Posner (Kris Mochrie), he liked men and as a result, he was beaten up. This altercation happened on the same day Robert Sudden (Ryan Hawley) found out Lee had raped Victoria and bashed him over the head with a shovel. With a previous head trauma before Robert got his hands on Lee, is Luke to blame for the rapist’s death? And could this spark a return from Robert?

Walking into the HOP, ITV viewers saw Wendy ask: “Have you spoken to Ethan? He’s told me about you and him and the dating app.”

“I’m sorry, I don’t have time for this,” Luke said getting up and leaving the table.

The village nurse then found her son standing on the bridge and said: “I love you. And I’m proud of you, and nothing will ever, ever change that and if you ever thought it would then I have failed you.

“But, you’re moving in with Victoria now, and if you’re seeing men at the same time you’re seeing her and she’s not aware of it.”

“How many times mum, I’m not seeing anyone,” Luke replied and she continued: “I’m not a dinosaur, I know it’s not as simple as being gay or straight, there’s no such thing as a label anymore and that’s how it should be.” 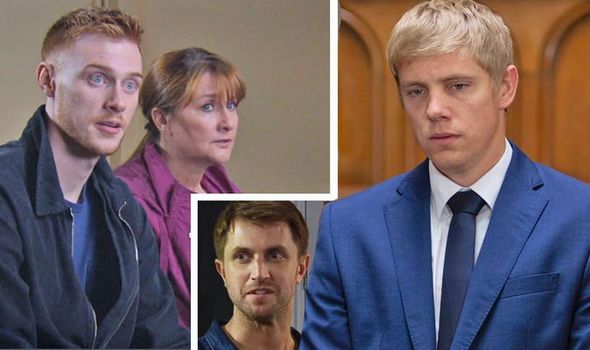 “You really don’t get it do you?” Her son hit back. Wendy cried: “But if you’re living one life and you’re pretending to live another, do you really think that’s going to make you happy?”

“I don’t understand,” Wendy commented. “You and him, it was more than a one night thing, wasn’t it?”

“It was much more,” Luke said. “I met him at a party, we just got each other, we just got so close, so quick. It was intense. We talked about moving, I wanted him to meet you.”

“But you were worried about what I’d think?” Wendy wondered and Luke clarified: “No. Never. I knew you’d love him as much as I did, I just wanted to talk to you first.”

Luke then explained what changed: “I got battered… by this bigoted piece of scum who hated me so much for who I was, that he wanted us dead.” 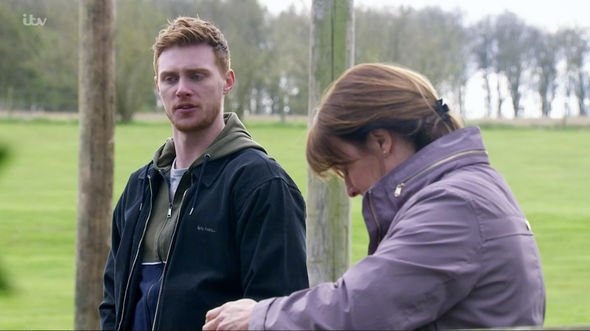 “Someone attacked you?” Wendy remarked and her son continued: “Not just someone, my brother, your son. Your precious Lee.

“Lee turned up, so I thought I’d tell him, I thought he would be happy I was happy – because I was. So I did, he just stood there, didn’t say anything.

“Then he grabbed me by the throat, slammed me up against the wall and smacked me in the stomach. Told me that my dad would be ashamed of me, that I deserved to have a beating.

“He punched me again, told me I would be better off dead. He had his hands, round my throat…

“So I shoved him. And he fell, he smacked his head on the step and he just laid there unconscious and I thought he was dead.” 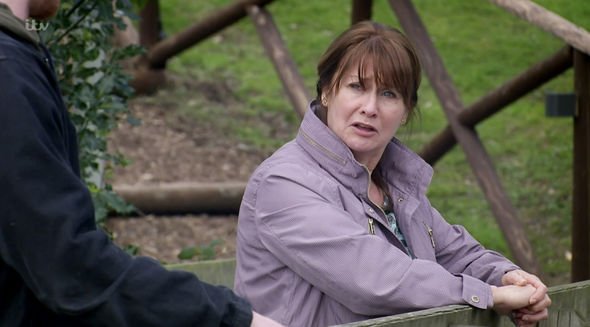 “He was knocked unconscious?” Wendy asked and Luke added: “Then he opened his eyes, tried to punch me again, started spitting more hate and then I lied, told him I called the police, he said it wasn’t over that he would be back with his mates to finish the job. Then he left.

“The next time I saw him was that afternoon, he was in hospital, on life support.”

“Robert,” Wendy whispered. “The attack was the same day?”

“And the last thing my bother said to me was how much he hated me,” Luke said. “That I was dead to him, all because of who I had fallen in love with.”

Lee was rushed to the hospital following Robert bashing him over the head with a shovel.

He was put on a life support machine when the doctors announced he was in a coma. 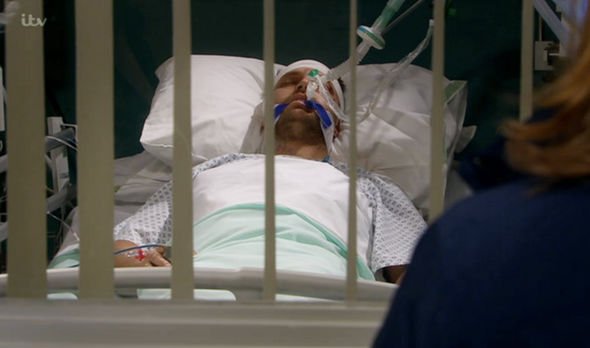 Viewers were then told Lee suffered an intracerebral haemorrhage and died.

As a result, Robert was sentenced to 14 years in prison. But what if Luke’s actions also contributed to the head injury?

Fans also seem to think Luke was partly if not completely responsible for his brother’s death.

“Luke killed Lee in prison as vengeance for him being a homophobic rapist! Calling it now! This means Robert could be in the clear for the murder! #Emmerdale,” another asked.

Someone else theorised: “As Luke punched Lee and he hit his head and he died the exact same day Robert punched him. Maybe Lee is the one responsible for his death. Which means Robert can get out of prison and reunite with Aaron #Emmerdale.”

One tweet read: “Wait so does this mean that Robert can come back? #emmerdale #robron.”

But another fan wondered: “So Luke is a guilty as Robert? #Emmerdale.”