Emmerdale couple Tracy Metcalfe (played by Amy Walsh) and Nate Robinson (Jurell Carter) were shocked to discover they were expecting a child together earlier this year. But as Tracy goes further into her pregnancy, she’s dealt with another difficult set of circumstances when she learns Nate is planning on taking responsibility for the hit-and-run on Moira Dingle (Natalie J Robb). And with Nate soon realising the severity of what his move could mean, will Tracy decide to leave the Dales for a new life away from the trouble in the village after she’s left feeling betrayed on the ITV soap?

Fans will remember Tracy was given the news she was pregnant after going to the hospital for an unrelated injury.

However, with Nate initially reluctant to step up for his unborn child, Tracy was worried about the future together.

Luckily, things have since settled slightly and Tracy has started to become excited about the prospect of a new family unit.

But next week, she will be left heartbroken when she fears she could lose everything after hearing of Nate’s plans to hand himself in to the police. 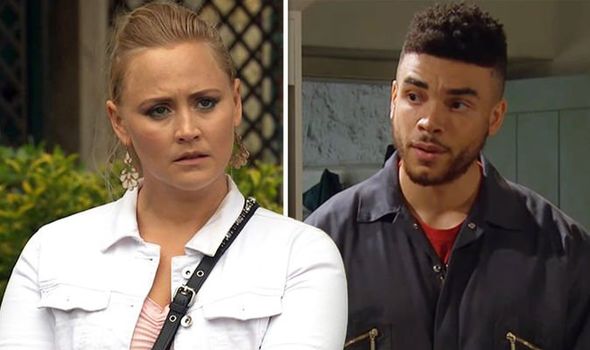 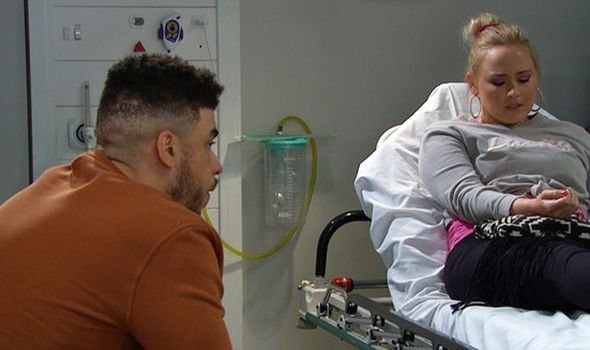 Many residents know Jamie Tate (Alexander Lincoln) was the culprit behind the incident – but he has continuously managed to weave his way out of trouble.

Belle Dingle (Eden Taylor-Draper) is currently in the frame but as her mental health starts to deteriorate, Nate decides he has to intervene.

And after accidentally listening in on Nate’s plans with the Dingles, she’s left feeling betrayed after her boyfriend hasn’t spoken through his plans with her beforehand.

Star Amy Walsh hinted there could be further trouble ahead as it seems Nate hasn’t completely thought through the consequences. 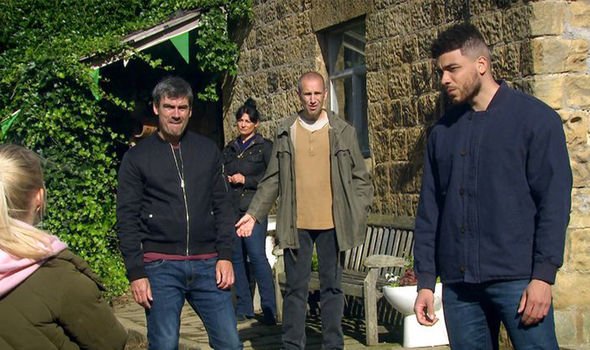 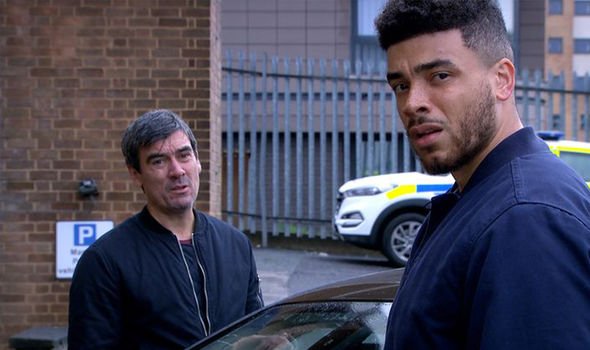 Speaking to Express.co.uk and other press, Amy explained: “Tracy can’t believe her ears when she finds out what’s happening. She actually overhears a family meeting outside the Dingles.

“Tracy feels shocked and disappointed that Nate would discuss something so big without even remotely discussing it with her first.

“Tracy feels really hurt and she’s at that stage of pregnancy where she’s creeping up to the 20-week scan, where you feel very vulnerable.

“All you want is to nest, build this family unit and a safe place for the baby to arrive in. For Tracy, those things come crashing down in that moment,” explained Amy.

The news will prompt Tracy to force Nate into making a decision about his future – but who will he choose?

Amy added: “From what Tracy hears, it seems like Cain (Jeff Hordley) has put Nate up to it, so she has resentment towards him. She thinks her relationship with Nate is strong enough, though, so she gives him an ultimatum.”

Official soap spoilers show Nate will indeed head to the station with Cain by his side.

Will Nate be able to go through with the prospect of a potential stint in prison, or will he make a last-minute U-turn on his plans?

It seems Tracy won’t let her chance at happiness go without a fight as Amy revealed just how much the chance to build a family means to her alter-ego.

The actress said: “Yeah – she lost her dad last year and her sister is away, so she literally has no-one. That’s why she is so desperate to cling onto this family unit with Nate.

“They’re not madly in love, but this has happened and they’re dealing with it – and more and more, the need for family solidarity is getting more important.

“They are slowly falling for each other through this testing process and also the amazing time of having a baby together, so it’s an interesting one,” she teased.

Will Tracy manage to stick by Nate through the drama, or will she decide to make a swift exit as things get increasingly complicated?