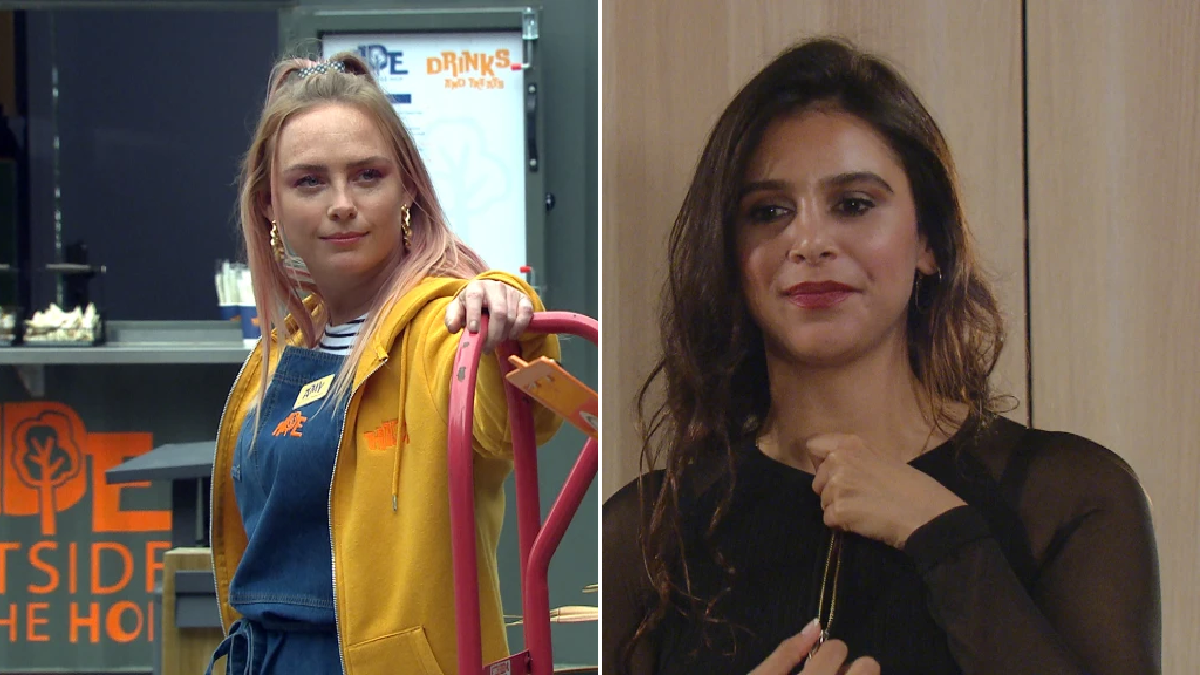 So far, Meena Jutla (Paige Sandhu) has rampaged around Emmerdale, picking off murder victims who got in her way without batting an eyelid.

But next week, she ends up clashing with Amy after trashing the flat as an act of fury over Victoria Barton (Isabel Hodgins) jetting off with David Metcalfe (Matthew Wolfenden). It’s instantly clear that Amy is not intimidated one bit by Meena.

Has the killer met her match?

Actress Natalie Ann Jamieson has exclusively told Metro.co.uk that while she was nervous to see Meena pop up in her scenes, she has confidence that Amy could take her on!

She smiled: ‘Amy is not taken in at all, she has Meena figured. She has no idea quite what she has done – this girl has done a LOT. But she has been in a few situations where she is like “what is going on with this woman!?” She has definitely noticed the oddities and the lies.

‘It would be amazing to get her, everyone would want to be the one to take her down! I think Amy could be a match for her, she wouldn’t go full psycho like Meena but she could give her a good run for her money.

‘She could maybe find out bits out Meena that other people might miss. Amy would suss her!’

However, that’s not to say that Meena doesn’t have to power to strike fear – even when her name simply appears in a script.

Asked if she ever worries that her character is taking on a killer, Natalie replied: ‘Yeah, of course! When you see the cast list and see Paige, you’re like, “oh what’s gonna happen?” I think everyone is like that; it’s scary having a serial killer around!

‘Especially with Meena where there doesn’t have to be a rhyme or reason for her to kill necessarily. That’s why it’s exciting to put a character like that in the village as it opens up so many options.’

Fear and conflict aside, Natalie loves working with Paige and is full of praise over how she portrays her.

She enthused: ‘Oh I really enjoy it, it’s great. You always think you know how Paige will play it but she has very specific ways and takes you by surprise!

‘She really turns into Meena and she’s quite scary! Paige is so nice; I’ve no idea where she gets it from! (laughs)’