Emmerdale: Rebecca Sarker on what's next for Manpreet & Charles

Aiesha (played by Shila Iqbal) appeared in several episodes of Emmerdale between 2018 and 2019 as the daughter of Manpreet (Rebecca Sarker) and her ex-husband, Dennis (Sam Barriscale). The character now lives in Ibiza, with the young woman having been mentioned a couple of times in recent months following the ordeal her mother was put through by Meena Jutla (Paige Sandhu). However, with her auntie now in jail, it could be Naomi Walters (Karene Peter) who causes Aiesha to return to the ITV soap.

Naomi is the long-lost daughter of Charles Anderson (Kevin Mathurin), who didn’t realise she existed until his ex-wife, Esme (Eva Fontaine), told him last year.

The father and daughter only met a couple of weeks ago and their meeting didn’t go down well at all as the vicar ended up punching Naomi’s boss.

She eventually turned up in the village, where she met her brother, Ethan Anderson (Emile John), and demanded her father give her the money he lost her from her job.

Although he tried his best to make her see sense, the young woman wasn’t going to fall for anything he was saying as she didn’t want a relationship with him.

Having been given up at birth and put into foster care, Naomi could be seeking revenge on her parents and for Charles, this could result in heartbreak. 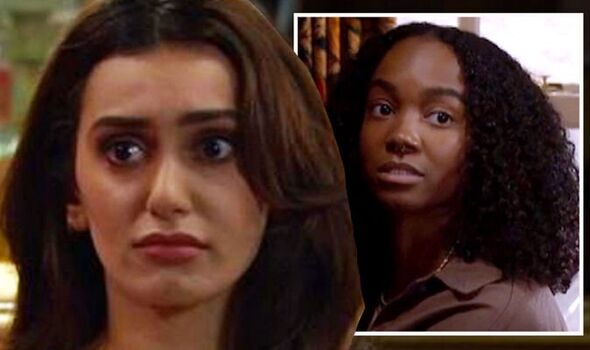 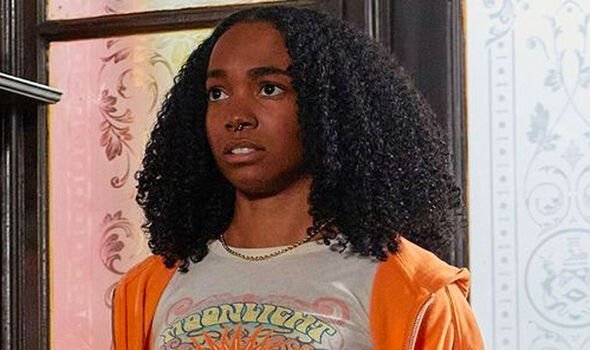 Charles and Manpreet struggled to reconnect after they were reunited after years apart in 2021 but it was only in January they decided to make a go of things.

With Meena’s trial and sentencing weighing over their heads, they haven’t been able to enjoy a moment’s peace together.

They did fly off to Ibiza after the trial to go and see Aiesha but the vicar had to make an early return after Ethan was the victim of a racially motivated attack.

By the time Manpreet came back, Charles’ attention was diverted to meeting his long-lost daughter and she might plan to break the couple up.

The actor who plays Charles, Kevin, recently spoke to Express.co.uk and other media and dropped a hint Naomi could cause trouble for his relationship. 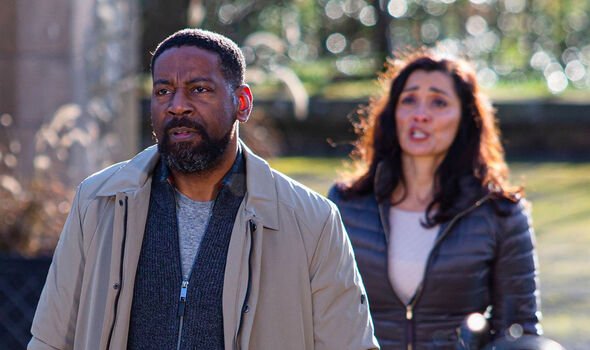 Just managed to get back with Manpreet

Asked if Naomi’s appearance in his life would have implications on his other relationships. Kevin explained: “Yes because obviously, he’s just managed to get back with Manpreet and they want to carry on with their life together.

“And all of a sudden, there’s this new, not an obstacle, but another part of his family that he needs to focus on or he’s drawn to.

“He just doesn’t want to upset people, that’s all I can say about that,” he continued.

This reluctance to speak any further about Charles’ relationship with Manpreet could suggest the pair are going to face some hurdles in the coming months.

Having presented herself to be a troublesome character, Naomi could return to the village and she could tell her father if they are going to have a relationship, he needs to get rid of Manpreet. 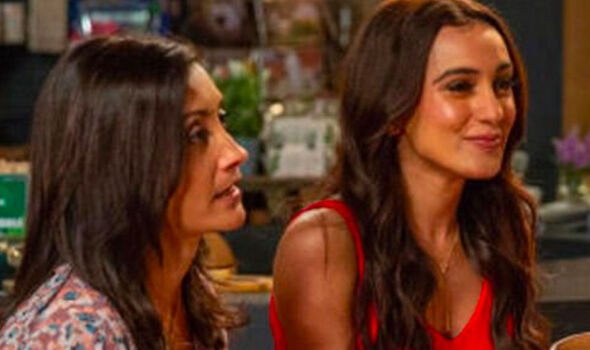 As she was in foster care all her life, Naomi will want her father all to herself and this doesn’t include Manpreet being in the picture.

Manpreet would be heartbroken over the break-up and needing some support, she could call on Aiesha to come and visit her.

Although the village holds some bad memories for the young woman, who tried to romance Jai Sharma (Chris Bisson) once upon a time, she could agree to come and support her mother.

With Manpreet no longer having ties to the Sharma family and with her sister in prison, there is no one else she can lean on.

Hoping Aiesha will be able to help her, Manpreet’s daughter could end up digging a little deeper into Naomi’s motives.

How well do you know your British soaps?

How many times has Ian Beale been married in EastEnders?

What is the name of Bianca Jackson and Ricky Butcher’s son on EastEnders?

On EastEnders in 2002, who accidentally ran Jamie Mitchell over in his car which caused his death?

How many times has Corrie’s Steve McDonald been married?

What happened to Emily Bishop in Coronation Street?

Who murdered Maxine Peacock in Coronation Street in 2003?

Which incident in 1993 killed off four characters in Emmerdale?

When did the show stop being known as Emmerdale Farm?

On what date did Hollyoaks air its first episode?

What was the name of the much-loved Coronation Street pet dog who was put down in April 2020 after 14 years?

1996 saw the arrival of one of Hollyoaks all time bad boys and rival of Kurt Benson, but who was he?

Who is the longest serving character on Coronation Street?

Who shot Phil in EastEnders?

How many fires have there been at Corrie’s Rovers Return?

Get out of my pub, you’re no soaps fan

Meeting with Naomi, Aiesha could see the newcomer doesn’t really care about a relationship with Charles but wants to destroy him.

Even though he never knew she existed, he is still her father and she would hold a lot of resentment toward him for never finding out about her.

If Manpreet is out of the picture and after she turns Ethan on his father, there would be very little support for Charles.

Aiesha could explain to Naomi this isn’t the way to go about getting revenge and would try to reason with her.

But knowing her plans now, will Aiesha expose Naomi or will she harbour the secret to see how long it takes the newcomer to realise she is wrong?

Taking to Twitter, viewers shared their interest in seeing Aiesha back in the village, especially in the fallout of Meena’s trial.

DeLuca Evans commented: “I wonder if they will bring back Aiesha? I am surprised they haven’t recast by now #Emmerdale.”

Circus Holly added: “Convinced Meena was a last-minute replacement of Manpreet’s daughter Aiesha after the actress got sacked.

“They act the same and both are spoilt brats. Wouldn’t be surprised if Aiesha would have ended up a serial killer instead… Guess we’ll never know #emmerdale,” they continued. (sic)

Emmerdale airs weekdays at 7:30pm on ITV, with an hour-long episode airing on Thursdays.