Ashley (played by John Middleton) died five years ago on Emmerdale as the character was the centre of a heartbreaking dementia storyline. After being so headstrong, viewers of the ITV soap were devastated to see the beloved character become a shell of his former self. The vicar forgot almost everything about his life, including his wife Laurel (Charlotte Bellamy) and his children but this could have included forgetting about his eldest son, who might already be living in the village.

It could in fact be Laurel, who has been ready to start dating again following the end of her relationship with Jai Sharma (Chris Bisson), who is starting to have eyes for Ashley’s long-lost son.

Marlon Dingle’s (Mark Charnock) physiotherapist Kit (Thoren Ferguson) has arrived in the village over the past few weeks to help the Woolpack chef with his recovery after suffering from a stroke.

In recent scenes, his identity has been teased as it is thought he has more of a connection to the village than just being a medical professional.

During scenes a couple of weeks ago, he seemed to strike up a bond with Laurel when she was helping keep Marlon company for the day.

Therefore, it seems Kit is going to be sticking around for some time and it could very well be there is a reason why he wants to get to know Laurel a bit better. 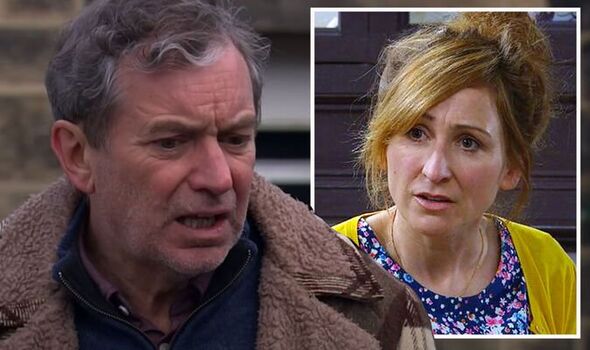 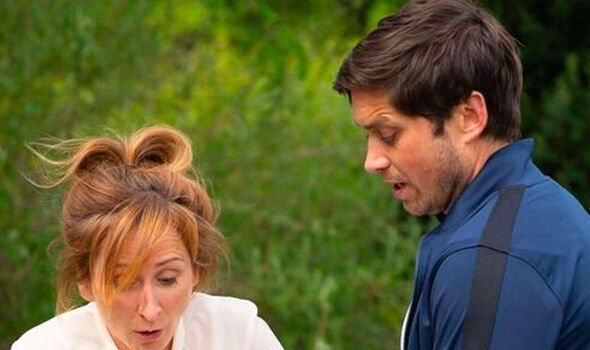 In scenes airing later this week, Laurel is left gleaming from ear to ear when Marlon’s partner, Rhona Goskirk (Zoe Henry), tells her Kit is coming over for another physio session.

Needing to get his attention again, Laurel makes the effort to see him but she might not realise she is actually his stepmother.

This is because years before Ashley made his own debut in the village, he could have had a romance with someone he went to school with.

It could have resulted in them discovering they were having a child, despite still being young themselves and this could have led them to make a big decision.

Unable to go through with a termination, the couple could have agreed to give the baby up for adoption so it could have a better life. 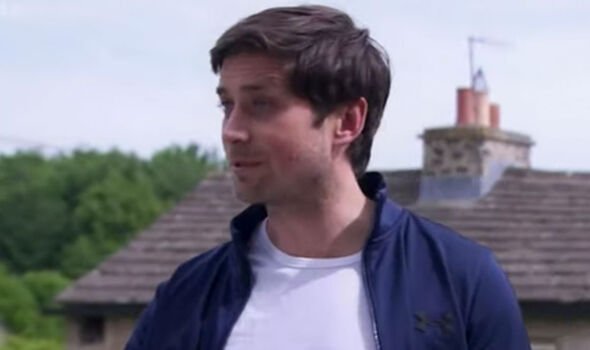 Sees a different side to her.

However, giving away their son could have caused the couple’s relationship to break down as they never thought they would be parents so young.

This is why Ashley could have joined the church as he wanted to ensure God put his son on the right path in life and would make sure he was well.

Viewers of the show know that once he arrived in the village, Ashley ended up having three children of his own with two women.

As well as giving Laurel a son and a daughter, he also gave Bernice Blackstock (Samantha Giles) a child in the form of Gabby Thomas (Rosie Bentham).

Unfortunately, with his dementia setting in before his exit from the village, Ashley would have completely forgotten he actually had four children. 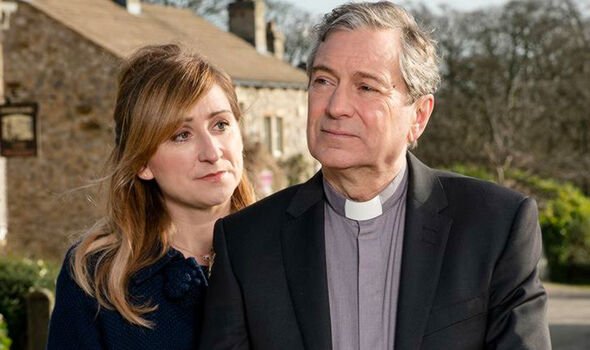 Laurel might not twig straight away her connection to Kit as when they get to know each other a little more, he would simply tell her he was adopted at birth.

Kit would know exactly who Laurel is, however, and he would want to know what his father was like before revealing his identity.

With the newcomer putting a barrier between him and Laurel getting intimate, the beloved villager could become frustrated as to why he doesn’t want to have sex with her.

At this moment, he could explain who he is and that he is Ashley’s long-lost son, something Laurel would struggle to get her head around.

As her husband didn’t tell her this before he died, she wouldn’t believe a thing Kit is telling her and would think he is playing a cruel trick.

How well do you know your British soaps?

How many times has Ian Beale been married in EastEnders?

What is the name of Bianca Jackson and Ricky Butcher’s son on EastEnders?

On EastEnders in 2002, who accidentally ran Jamie Mitchell over in his car which caused his death?

How many times has Corrie’s Steve McDonald been married?

What happened to Emily Bishop in Coronation Street?

Who murdered Maxine Peacock in Coronation Street in 2003?

Which incident in 1993 killed off four characters in Emmerdale?

When did the show stop being known as Emmerdale Farm?

On what date did Hollyoaks air its first episode?

What was the name of the much-loved Coronation Street pet dog who was put down in April 2020 after 14 years?

1996 saw the arrival of one of Hollyoaks all time bad boys and rival of Kurt Benson, but who was he?

Who is the longest serving character on Coronation Street?

Who shot Phil in EastEnders?

How many fires have there been at Corrie’s Rovers Return?

Get out of my pub, you’re no soaps fan

However, the newcomer would then present her with a picture of his birth parents which was given to his adoptive parents.

Right there and then Laurel would believe what Kit is telling her as she would see Ashley clear as day in the photograph.

What will this mean for her romance with the physio as she realises this would make her his stepmother? Can they still be a couple?

The actor who plays Jai, Chris, recently spoke out about how his character and Laurel won’t get back together, possibly dropping a hint she will still embark on a romance with Kit.

Following some drugs being found in Jai’s possession a few months ago, which weren’t his, Chris explained: “I think Jai feels disappointed in Laurel because she has her own problems with being a recovering alcoholic.

“I don’t know if it’s because Laurel wasn’t 100 per cent behind getting back together in the first place,” the soap star continued.

Chris explained: “But it seems quite harsh that she’s not more understanding. I think he sees a different side to her.

“There have been times when Laurel’s halo has slipped slightly. She hasn’t been as kind or as understanding as usual. There have been a couple of scenes where Laurel’s not very nice to Jai at all.

“I can’t see Jai getting back together with Laurel, given that he pled his innocence and he was absolutely adamant but she wouldn’t believe him. I don’t see how they get back from there.”

Will Laurel settle down with her stepson?

Emmerdale airs weekdays at 7:30pm on ITV, with an hour-long episode airing on Thursdays.