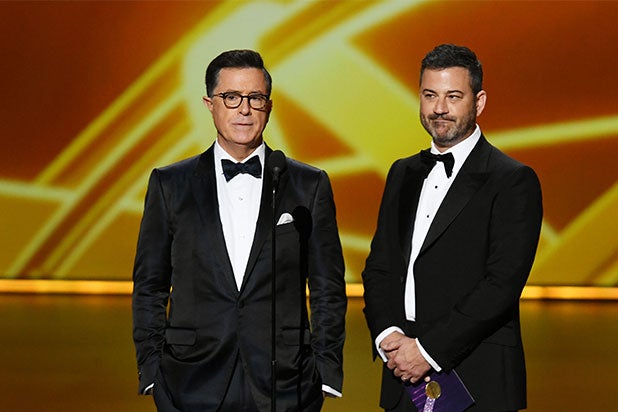 The TV Academy on Friday reversed course, announcing that this year’s Emmy Awards would no longer merge the two categories for variety series into one.

The flip-flop followed a Thursday meeting of the TV Academy’s board of governors and intense lobbying from producers of late-night talk shows since the rule change was announced in December to merge talk-based shows with sketch shows like NBC juggernaut “Saturday Night Live.”

“While the Academy remains concerned about the number of series produced and the relatively small pool of entries in the Variety Sketch genre, it acknowledges that the differences between Variety Sketch and Talk programs merit separate consideration,” the organization said in a statement. “As the Academy continues to engage with industry leaders and constituents, it will always endeavor to uphold the integrity of the competition and be as fair as possible.”

The Emmys had handed out only one trophy for variety series until 2015, when the category was split in two. But the Academy had been worried about the recent drop in sketch shows. While variety talk submissions had climbed to 24 in 2020’s Emmy race, the variety sketch category had only 14 contenders.

Under Emmy rules, that meant that the variety sketch category only had three nominees: “Saturday Night Live,” which won, along with HBO’s “A Black Lady Sketch Show” and Comedy Central’s now-canceled “Drunk History.”