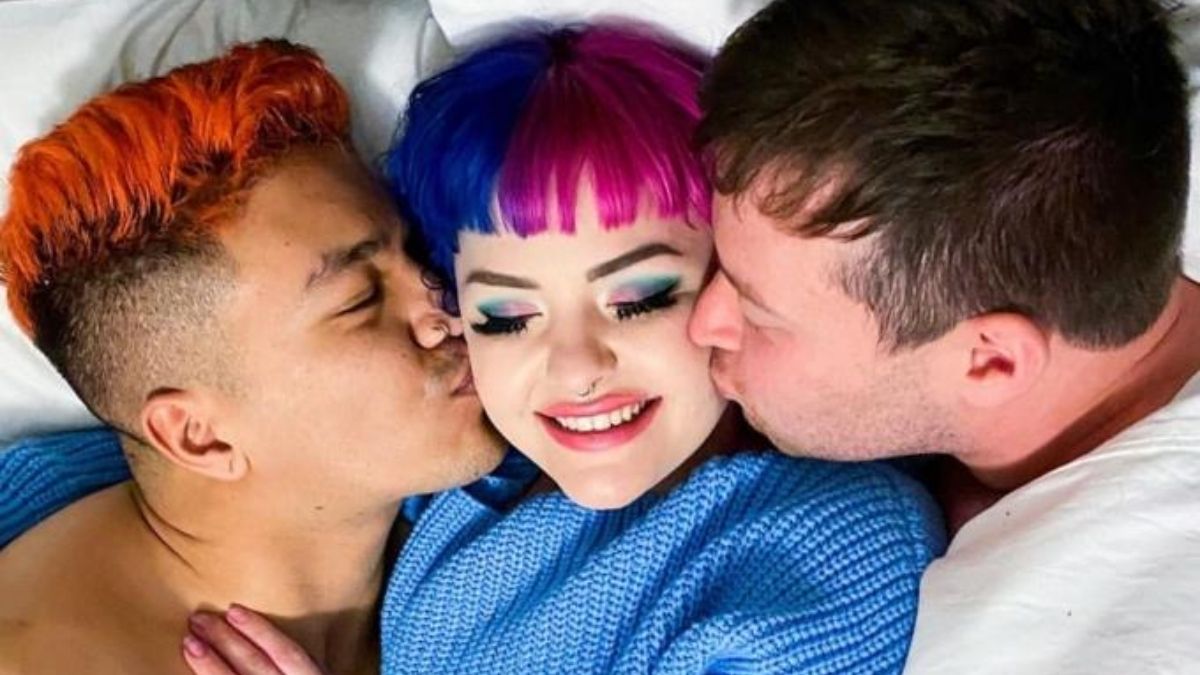 Erika Owens has moved on from all the drama of 90 Day Fiance: Before the 90 Days.

She is currently in a new relationship with boyfriend Chris, and her friendship with BFF Adam is stronger than ever.

During the 24-year-old photographer’s stint on the TLC show, we got a glimpse of Adam when Erika’s ex Stephanie Matto visited Australia and they were introduced.

The close relationship between Adam and Erika caused tension with Stephanie since she knew that the best friends had kissed a few times in the past.

That was only one of many things that made Stephanie uncomfortable, and the relationship ended mid-way into the season.

The two women are still not on speaking terms, but Erika and Adam are still very much best friends.

In a recent Instagram post, the Aussie native shared an eye-popping photo in bed with boyfriend Chris and best friend Adam.

In the image, Erika is in between the two men as they gave her a kiss on each cheek.

The 90 Day Fiance alum also shared a lengthy message expressing her appreciation for both men.

“Not a red flag in sight,” she began, alluding to the red flags Adam has been holding up on B90 Strikes Back.

“All jokes aside, these 2 ridiculous, hilarious boys are so very special to me. My boyfriend and my bestie. Huge appreciation to them both – this past year certainly hasn’t been easy! I definitely wasn’t prepared for the craziness of being on reality TV and having my life picked apart so publicly, but I’ve not once felt alone or unsupported. I don’t really have the words right now but I am so thankful for these idiots.”

She continued, “To Chris for being my absolute rock and showing me that a healthy, trusting, fun relationship is possible and making me feel so loved every single day…and to Adam for being the most loyal, level-headed and welcoming friend of all time. Maybe sometimes he gets drunk and says we have chemistry on national TV, but he’s always got my best interests at heart.”
⠀
“P.s – this photo is just taking the piss. I’ve never slept with Adam, we’ve never dated, and I’m not in a throuple. It’s whatever, but we’ll definitely always laugh at this!” Erika added. 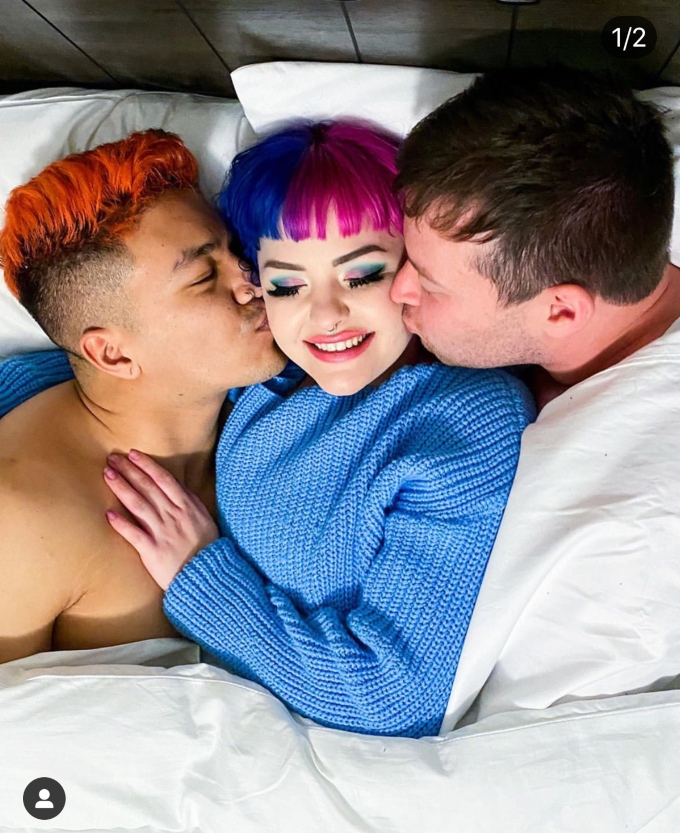 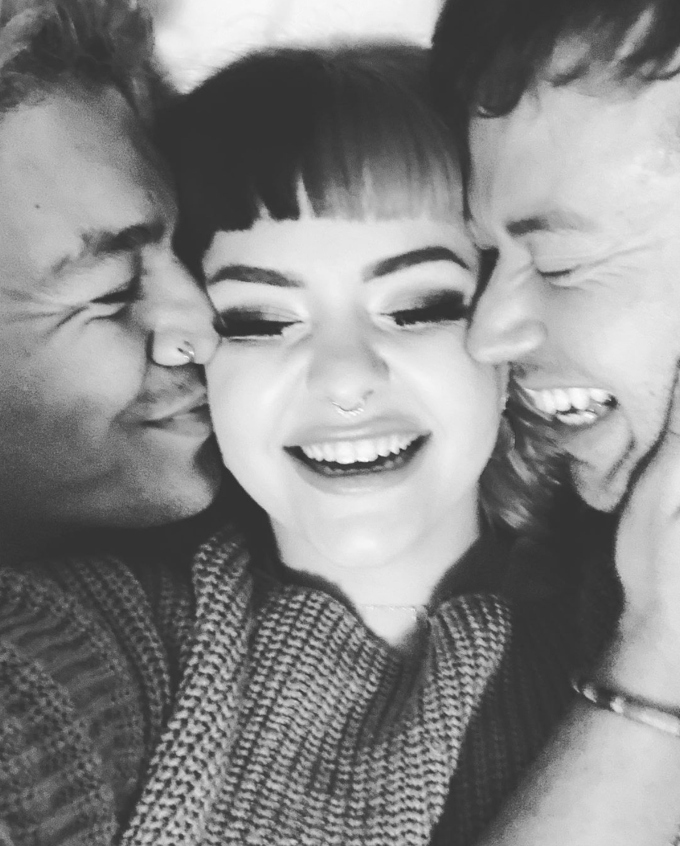 While there were some viewers in the comment section making reference to Stephanie Matto, the comments were mostly supportive.

Erika even got some love from a fellow TLC alum.

Syngin Colchester from the current season of 90 Day Fiance: Happily Ever After? called Erika a “Powerful rainbow.” 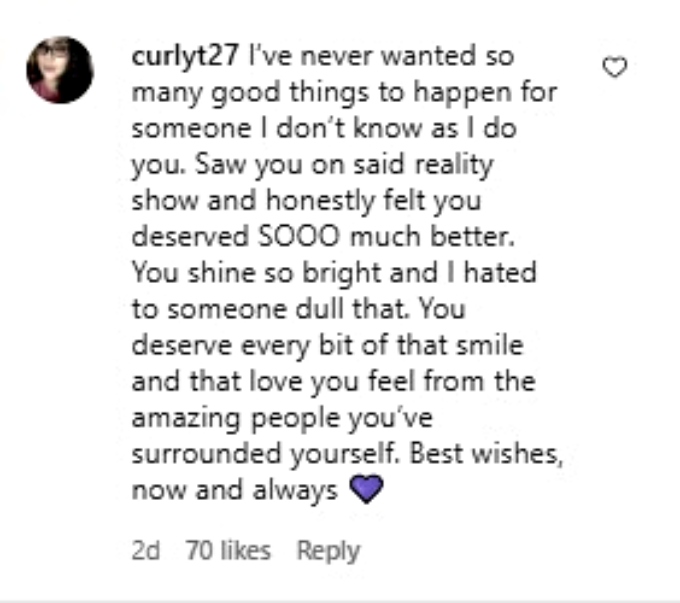 90 Day Fiance: Before the 90 Days is currently on hiatus on TLC.