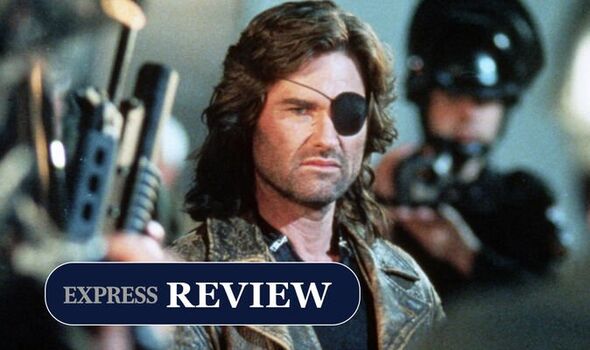 Escape from LA was always going to have a tough job. Not only was it tasked with following up on the monumental cult hit John Carpenter movie Escape from New York – a film that has grown in popularity every year since its release – but it also had to do it 15 years after the fact. Released in 1996, Kurt Russell returns to the eyepatch and leather pants of Snake Plissken, the US government’s last and only hope to stop the world from collapsing, but there’s a catch. Snake has been infected with a deadly virus that is going to kill him in a matter of hours.

Does Snake have the strength and willpower to succeed? Or will he face his fate – and the fate of the world?

Escape from LA is a tough film to watch. Most of the time, it attempts to expand upon a number of the concepts of Escape from New York.

This time around, LA has been – literally – removed from the USA and had its nationality stripped from it. Snake is flown in to find the daughter of a politician while also being tasked with finding an important yet mysterious box.

Escape from LA has a lot of details hidden within the devil – but unfortunately, they are not the most thrilling.

Perhaps the biggest gripe I have with Escape from LA as a film is that it doesn’t make good on any of its promises.

The Chekhov’s guns that are cocked and loaded in the first act are left on the table throughout the entire film without even a second glance.

It doesn’t feel rewarding as a viewer to stick out the 100-minute slog.

When things do get a little interesting, it almost seems meaningless – especially (again) when compared to the events of Escape from New York.

But, it’s pointless attacking a 20+-year-old film for its plot. The real attraction here is in its quality.

This is, without a doubt, the best and only way fans of Snake, Russell, and/or Carpenter should be watching Escape from LA.

The picture is clean, crisp, and legible. The far-flung future of 2013 is grimy and destitute in the best way. And although the sets and props may look a bit hammy now, they are still far more interesting than the heinous CGI flouted throughout every film released today.

A particular strength of this release is its sound. The explosions, hearty thwacks of Snake’s close-quarters-combat and the retro-futuristic nature of the technology in the world are all engaging and satisfying. Easily one of the best-sounding movies I’ve enjoyed (and with John Carpenter directing, are we even surprised?).

Perhaps the only further disappointing feature (or lack thereof) is that of the special features. Sure, Escape from LA didn’t break any records or kickstart any careers, but there must have been some interesting tidbits or anecdotes Carpenter or Russell could have indulged fans within a commentary, right?

John Carpenter fans need this for their ever-growing collection. Grab it while you can – it probably won’t stick around forever.