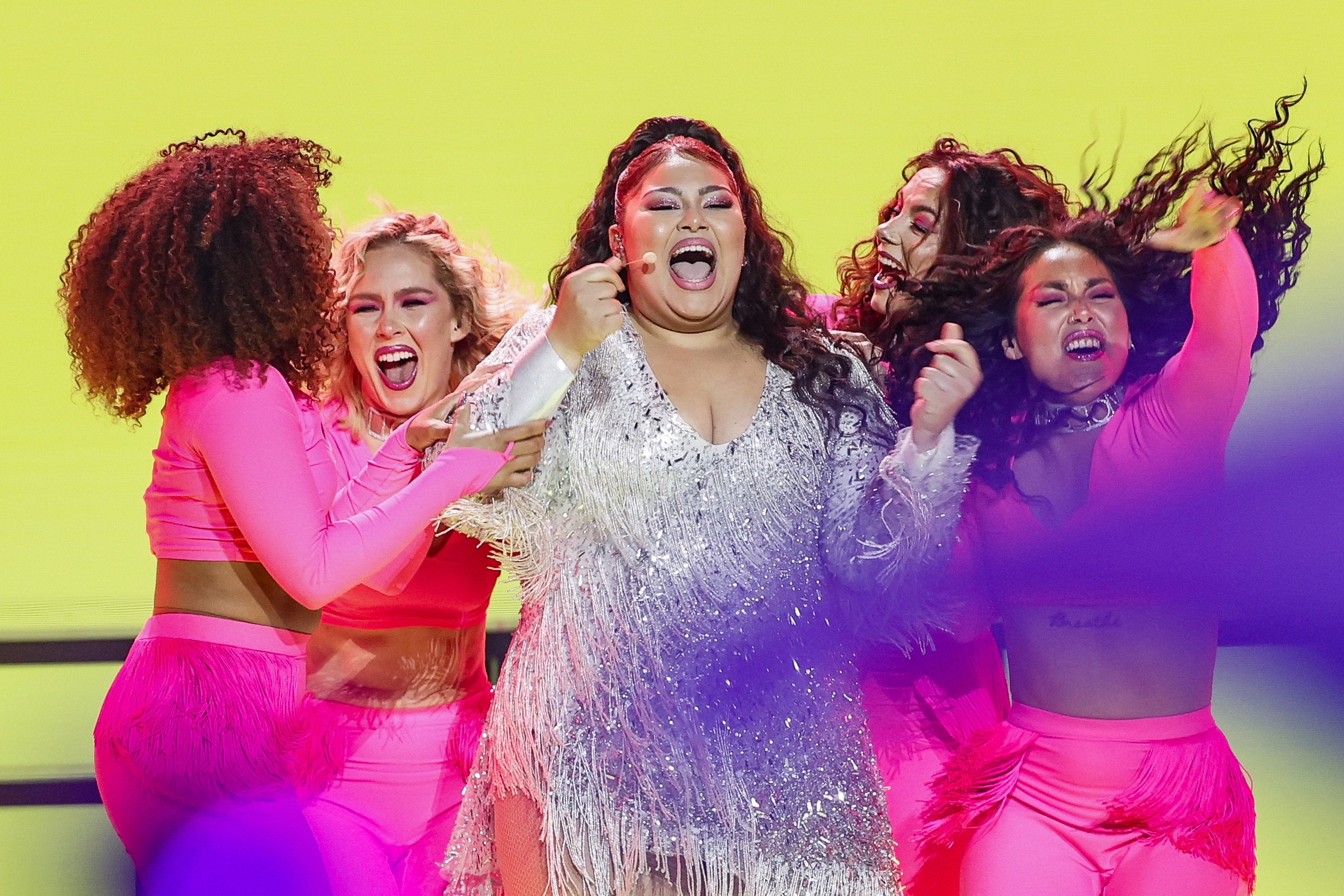 The qualifiers from the first Eurovision Song Contest semi-final have been revealed.

Semi-final one was always going to be a bit of a bloodbath, with many of this year’s favourites fighting it out for one of 10 coveted places in Saturday’s grand final.

In the end, it was Croatia who were the night’s biggest non-qualifiying shock, as Albina’s banger Tick Tock failed to make the cut despite a lot of support on social media.

North Macedonia’s act Vasil and his song Here I Stand and Slovenia’s Amen by Ana Soklič also failed to win over the voters – a surprise, considering the traditional success of booming ballads at the contest.

Ireland – who have won the most contests (seven) in the show’s history – continued their string of bad luck as Lesley Roy didn’t make it through with her song Maps, marking the sixth time in seven years that Ireland has filed to qualify; their last qualification came in 2018, with Ryan O’Shaughnessy’s Together.

Roxen’s Amnesia, for Romania, also missed out on a place, while Australia didn’t qualify for the first time ever, as Montaigne’s Technicolour also failed to advance to the final.

At least Montaigne didn’t make the trip for nothing, as the singer was represented by a ‘live-on-tape performance’ due to coronavirus travel restrictions.

While there was sadness for six acts, there was joy for 10, as Malta, Lithuania, Ukraine, Cyprus, Israel, Norway, Azerbaijan, Belgium, Sweden and Russia made it into Saturday’s grand final.

While some were shoe-ins – Malta’s Destiny and her song Je Me Casse have long been favourites – others have jumped up in popularity, as Lithuania’s Discotheque by The Roop got a major reaction on the night, while Ukraine’s Shum by Go_A is now one of the top five favourites to win the whole thing following an eccentric performance.

Ukraine are now the only country never to miss out on qualifying during their time in the contest.

Meanwhile, other results were more shocking.

Belgium’s low-key The Wrong Place by Hooverphonic and Norway’s Fallen Angel by Tix were cited as surprise qualifiers, while there has been widespread criticism of Israel’s Eden Alene competing with her song Set Me Free, due to the current violence between Israel and Palestine.

Previously in 2019, there had been calls to boycott Eurovision due to the contest taking place in Tel Aviv.

After the semi-final, the 10 qualifiers drew which half of the final they would be performing in.

Israel, Russia, Malta, Cyprus and Belgium will perform in the first half, while Azerbaijan, Lithuania, Sweden, Norway and Ukraine will be in the second half.

The Big Five – the UK, Spain, Italy, France and Germany – are guaranteed a place, as are reigning champions The Netherlands.

The Eurovision semi-final 2 airs on BBC Four at 8pm on Thursday.