The former fattest man in the world has spoken about how it felt as though he wasn’t being treated as a human when he was told by a hospital that if he died in their care, they wanted to dispose of his body in an abattoir.

Paul Mason, 61, once weighed almost 80 stone, suffering from a food addiction and undergoing surgery after losing a great deal of weight to remove excess skin.

However, during the pandemic he suffered from depression and gained some of his weight back again, with a new ITV documentary titled The World’s Fattest Man:10 Years On set to explore his journey over the past 11 years.

On Wednesday’s This Morning, Paul spoke to Holly Willoughby and Phillip Schofield about his struggles, including the treatment he received in hospital when the medical workers tried to get him to sign a form regarding the disposal of his body if he were to die.

‘There are parts of this story which are utterly shocking. At your absolute worst, you had to live in a hospital in 2001. What did the form say if you died?’ Phillip asked Paul.

Speaking from Plymouth, Paul responded: ‘Well, what you’ve got to think of Phil, the hospital’s in a very unique situation. They’ve never dealt with anybody my size. They brought me a form to sign to say that if I died while I was in hospital at that size, they would have to dispose of my body in an abattoir.’ 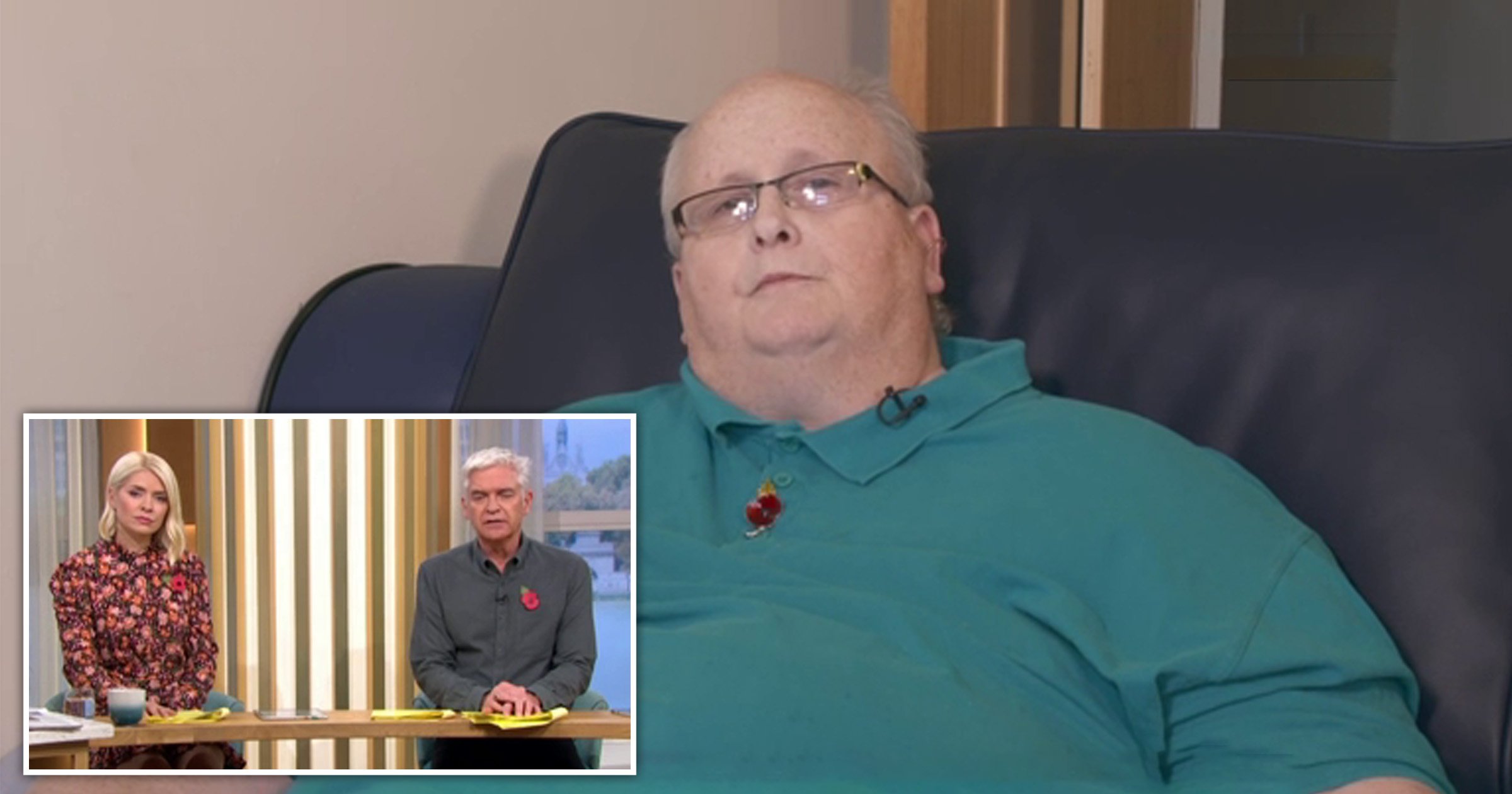 An abattoir is a slaughterhouse that is used to kill animals, predominantly where animals such as cattle and sheep are butchered to provide meat to eat for humans.

Paul added that his family couldn’t have any say in the matter whatsoever, as the decision ‘was taken out of their hands’.

He refused to comply with the hospital’s wishes, stating: ‘They wanted me to sign this form, which I denied. I said no. I’m not going to do that.’

Holly remarked that the scenario Paul found himself in was ‘so brutal’, saying that it ‘must have felt very dehumanising’ for him.

‘Well yes, absolutely. It was, you could say, part of my journey that you felt like you’re not a human and you’re just a name on a piece of paper,’ he said.

‘It was one of the other, you could say, side effects of being as big as I was.’

However, despite becoming engaged after Rebecca proposed to him live on TV in the US, they eventually broke up.

This Morning airs weekdays at 10am on ITV and The World’s Fattest Man:10 Years On airs tonight at 9pm on ITV.