It is a mighty disrespectful disease, Alzheimer’s, as Frank Lowy – knight bachelor, one-time spearhead of Australia’s bid to host the football World Cup, and one of this country’s richest men – knows all too well. 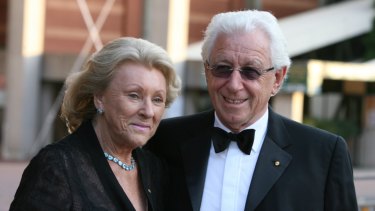 Lowy’s wife of 67 years, Shirley, has severe dementia, and no amount of money or power or respect can change that.

“Nights are really very difficult because she goes to bed between 7 and 8 o’clock and then I don’t exactly know what to do with myself,” Lowy says of his beloved wife. “As her memory recedes more and more, I want to hold onto my own.”

Those words are spoken by Lowy in the documentary What Will Become of Us, and give some clue perhaps as to why he agreed to speak so openly for the first time about the traumatic experiences that forged his personality, and his famously steely resolve in business.

The movie, which will screen at next month's Sydney Film Festival following its debut at New York’s Tribeca Film Festival on Thursday night (US time), is directed by Steven Cantor, a New Yorker whose previous works include loudQUIETloud, about seminal Boston post-punk band the Pixies. 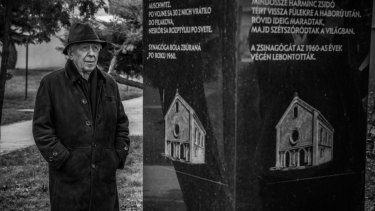 Frank Lowy visits Auschwitz in a scene from What Will Become of Us.

Once the former Westfield boss agreed to the film, Cantor says, he held nothing back. “He never said turn off the camera, he answered every question, he didn’t ask us to take anything out of the film. He was all in.”

That meant allowing a camera crew to film intimate moments between him and Shirley – including him tucking his wife into bed, and helping her unwrap a birthday present and sharing cake, and the couple sitting on the back of their yacht on Sydney Harbour, Shirley’s conversation all the while circling around a familiar refrain of “I have to take the monkeys to the waterfall”.

It also meant being tailed while he was wrestling with the 2017 $33 billion sale of the company he and John Saunders founded in 1953, a decision that left him questioning the priorities that had governed his life up to that point. “Where will I be without the company,” he asks himself in the film. “It would have been nice to discuss this matter with my wife, but it’s not possible.”

And it meant taking the film crew back to the darkest moments of his life: the streets of the small town in Slovakia (in what was formerly Czechoslovakia) where he was hounded for being Jewish; to Budapest, where his family fled in 1943; and to the railway station from which his father disappeared the following year, never to be seen again.

“It’s always plagued me that I never knew what happened to him,” says Lowy, who did in fact discover decades later that his father was killed in Auschwitz.

Some people might find it “unusual that an 87-year-old man would still grieve for his father,” he adds, before adding defiantly, sadly, “Well, I do”.

It’s a remarkably frank, so to speak, portrait that had its origin when an executive at Robert De Niro’s Tribeca outfit heard Lowy deliver a speech in New York. And it isn’t hard to see why she was moved: his fleeing the Nazis, becoming head of the family at 14, of becoming a refugee and spending time in an internment camp before landing in Palestine and joining an Israeli commando unit at the age of 17, would make a rollicking tale of survival in the face of tragedy even if he had not gone on to such enormous success in business and beyond. 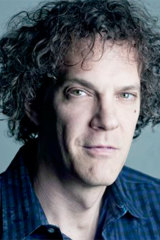 One might imagine that for its subject the film is a kind of bequest, a passing on of precious memories before they disappear into the ether. But Cantor believes there was something “even deeper” driving Lowy – who kept his wartime experiences hidden from his family for decades – to speak so openly.

In a word, regret.

“He’s alone at the end of his life,” the director says. “Night after night his routine is to have dinner with Shirley, listen to ‘monkeys at the waterfall’, and smile at her – and then he’s alone, starting at eight o’clock. He doesn’t feel sad, but sometimes he feels lonely.

“He worked so hard and probably had in his mind that in the end he and Shirley were going to have some years to enjoy it all and travel and enjoy their salad days together,” he adds. “And that’s been taken away from him now.”

Early release tickets are on sale for the Sydney Film Festival (June 5–16) screening of What Will Become of Us on sff.org.au. Full program will go live on Wednesday May 8.