Dr. Claire Browne is scrubbing out of St. Bonaventure.

“I think, ultimately, for me, it’s about coming to the point where I think we’ve really run the gamut of different things that Claire can have gone through,” Thomas tells our sister site Deadline. “I’m now really excited to explore different creative opportunities.”

The 22 Most Shocking TV Exits Announced This Year (So Far) 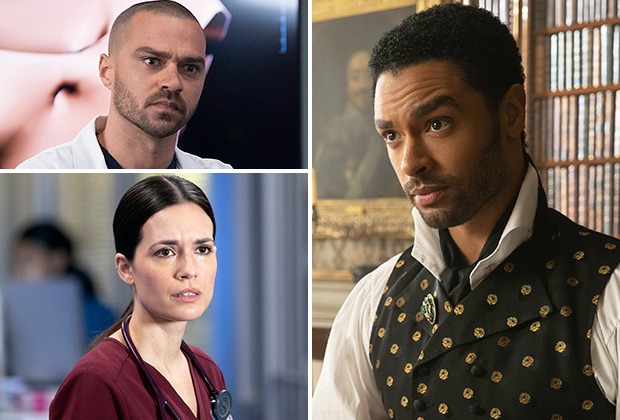 
Thomas tells Deadline that her mind was made up at the end of Season 3 — a season that saw Claire lose her mother Breeze in a drunk-driving accident, and her love interest, Nicholas Gonzalez’s Dr. Neil Melendez, in a partial building collapse —  at which point she spoke with executive producer David Shore.

“I started airing my feelings that I have loved exploring Claire and would love to explore Claire for another season, but after that, how would he feel about bringing the character to a close,” Thomas recalls. “We talked through how we might be able to do that, and came to the decision that it was the right thing.

“[Claire has] really been through extraordinary ups and downs,” Thomas continues. “She’s dealt with huge personal growth, a lot of trauma… [She] has developed to a place where she finally… comes to a place of peace with herself, and she’s finally got to a place of a reconciliation with her father, which was painful but needed. And then, finding with that a case of stillness and acceptance of herself and a space to really think what does she want and where does she want to go next.”

Despite her early departure, Thomas says she is open to reprising her role in future seasons.

“Really for me, if there was more time in the year to be able to shoot the show and to be able to go off and do some of the other things that I’m wanting to explore now, I’d do both,” she says. “It has not been an easy decision for me to leave, so I absolutely would love to come back every now and then and say hi… I’m very much looking forward to that.”