After four seasons on the air, NBC officially pulled the plug on Good Girls. This came just months after fans learned there would likely be an eight-episode season 5 to begin in Spring 2022, leaving many to wonder what happened. Details about the behind-the-scenes negotiations aren’t clear but past comments by star Christina Hendricks about co-star Manny Montana suggest there may have been trouble long before talks of a renewal.

Was the ‘Good Girls’ cancellation about money? 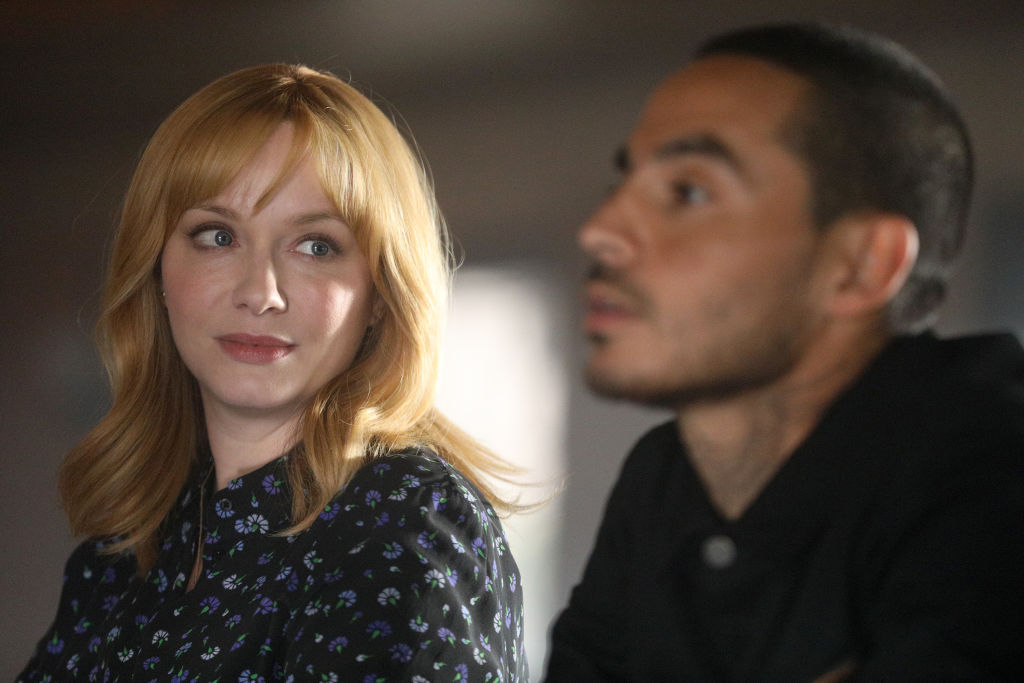 With exceptions like Friends and The Big Bang Theory, not many shows survive once negotiations stall. The usual culprit is money, though it can be scheduling conflicts or off-camera drama that end a show, too. We don’t yet know the specifics about Good Girls, but an NBC source told TV Line that “financials” were one facet.

“[We] very much wanted to bring Good Girls back for one more season to close out the story,” the source said, “but unfortunately we were unable to make the financials work.”

This comes on the heels of stars Hendricks, Retta, and Mae Whitman reportedly offering to take a pay cut to make one more season work. Inside sources also added that Montana might not have wanted to take a pay cut but others speculate it had more to do with his and Hendricks’s off-camera interactions that led to the ultimate demise of Good Girls.

Hendricks previously had an issue with how Montana referred to her

While there’s never been news of a direct feud between the stars, Hendricks previously revealed a little saltiness when speaking about Montana.

“Manny calls [me]…Chris,” she said during a panel in 2020. “No one in my life calls me Chris. It’s not my name. I think it’s totally stupid. And he’s never taken the chance to realize that I hate it. It’s really weird.”

She continued saying,” it’s weird,” several times before Retta and Whitman joined the conversation but it’s hard to tell if Hendricks is being facetious or if it’s something that really bothered her. Especially because she revealed in a 2019 interview with Medium that working with the star who plays Rio was all professional.

He’s a great actor and, we have great chemistry working together and…He’s just…it’s just a very sort of respectful work,” she said. “You know, it’s funny because I know people love, they love it. We, of course, we love that. It’s exciting and stuff, but it’s not as…it’s much more professional than anyone would think.”

She later commented on filming love scenes with the bad boy saying, “They’re such great scenes, and we have fun playing in them.”

That said, wherever Montana’s stance on the financials of the negotiation stood, or how they felt about one another off-camera, fans are still hoping for a last-minute save for the series.

The news of the cancellation sparked multiple petitions to get the show renewed for a final season, proving closure on Beth and Rio’s relationship (“Brio”) is much-needed. Some are even asking for an all Rio spin-off. Whitman took to Twitter several times to show her utter confusion and sadness at the news, implying she didn’t see it coming in an Instagram post.

“Stupidest decision ever. We will miss our favorite crime moms soo much,” one fan commented.

“Noooooooo!!! They’re just gonna leave us hanging?? Things like this is why I have trust issues,” another said.

In another post of Whitman sleeping with a guitar, her caption reads: “#renewgoodgirls.”

Hendricks shared the post, captioning: “Well, we gave it our all. We really did. Thank you to our amazing fans through the years for all your passion and support.”

We don’t know if Netlfix or Peacock will swoop in to save the series — or if Hendricks and Montana want that — but if there’s ever to be more “Brio” again, it’s the only way for some sort of closure.