“GBBO is all about kindness and I haven’t seen much of that on here,” Laura Adlington tweets 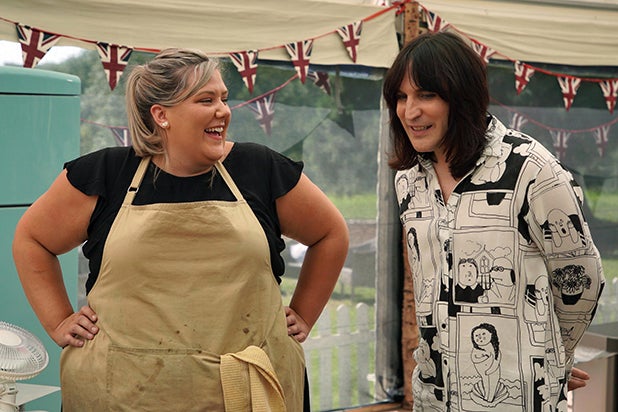 A “Great British Bake Off” contestant has spoken out against online bullying after a fellow baker’s surprise elimination helped put her through to the finals in the most recent episode of the competition series.

“It’s ok to be sad your favourite person didn’t go through, but please remember it’s not my fault. I don’t make the decisions. GBBO is all about kindness and I haven’t seen much of that on here,” Laura Adlington wrote on Twitter.

“It’s easy to sit there on your sofa and judge,” she continued. “But I am a real person with feelings. Please take a moment to consider your words before you judge someone you’ve never met and whose food you’ve never tasted.”

Adlington advanced to the “Great British Bake Off” finals after fan-favorite contestant Hermine failed to impress judges Paul Hollywood and Prue Leith. Hermine’s surprise elimination drew the ire of fans who pointed to her superior record in previous weeks as proof that she should have made it to the finals instead of Adlington.

In the days since the episode aired, Adlington says she has been on the receiving end of considerable online harassment.

Hollywood condemned the bullying as “disgusting behaviour” in his own statement, writing: “Those of you who may not be aware how ‘Bake Off ‘works or new to the series may have missed what we have always done on ‘Bake Off’ judging. Each week stands on its own! It never matters what any baker has done in previous weeks.”

Hermine has also spoken out, asking fans not to be “unkind in my name.”

“Choose right over wrong,” she wrote on Instagram. “Take a moment to read through what you have wrote before pressing send. Ask yourself if you would like to be at the receiving end of it and how it will make you feel if you were.”