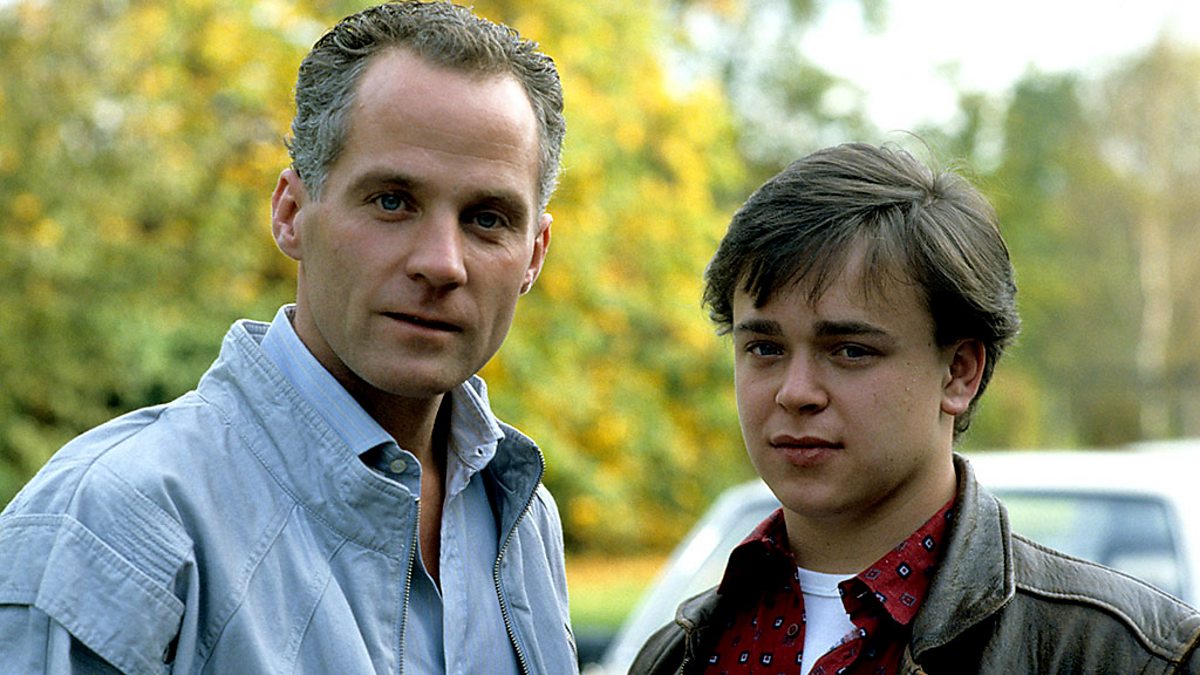 They made history back in the eighties as one of TV’s first gay couples, and now over a three decades since they were last onscreen together, EastEnders’ Colin and Barry are set to reunite!

Colin Russell (Michael Cashman) and Barry Clark’s (Gary Hailes) relationship – which lasted between 1986 and 1989 – was a breakthrough moment for LGBTQ+ representation, and featured the first same sex kiss in a UK soap.

‘I periodically get letters from people telling me they are marrying their boyfriend, and they can do that because of what we did back then,’ actor Gary Hailes said.

‘Apparently, they used the scene where Dot realises that Barry and Colin share a bed in schools to educate people about gay relationships.’

Barry and Colin ultimately went their separate ways, with Barry departing the Square in 1988. Colin, meanwhile, embarked on a romance with Guido Smith (Nicholas Donovan) and the two would share the first ever mouth-to-mouth kiss, which caused controversy at the time.

Barry returned briefly in 1989 as part of Colin’s exit storyline, and the duo shared a number of final scenes together. Colin, however, later made a surprise EastEnders comeback in 2016, when he invited old pal Dot Cotton (June Brown) to his same-sex wedding.

Now, three decades on since their historic and trailblazing relationship, Colin and Barry are staging yet another return, marking the first time that they’ll be on-screen together since their initial stint.

The circumstances surrounding their return is the funeral of Dot, following actress June Brown’s death earlier this year at the age of 95.

The morning of service sees tears aplenty, as faces from the past rock up on Albert Square to say goodbye to their beloved friend.

Sharon Watts (Letitia Dean) is left in shock when she sets her eyes on Colin, delighted that he came. An emotional day follows, as everyone lines to reminisce about legendary Dot.

Discussing his return, Lord Michael Cashman reveals that he said ‘yes’ as soon as he was asked by show bosses.

‘I couldn’t imagine Colin not being at his amazing friend Dot’s funeral and I couldn’t imagine not being there for June,’ he said. ‘She created a television icon that will stretch beyond the test of time. I had to be there, and I was humbled that they thought of me.’

After the funeral scenes, Colin will fill Sharon in on his life, and subsequent scenes will see Barry rock up in the Square.

Felix Baker (Matthew Morrison) gives directions to Dot’s place to a man in a flash car, just as Colin exits the wake with old pal Kathy Beale (Gillian Tayforth), who recognises the driver as none other than Barry!

‘I cannot tell you how many messages I’ve had since the news was announced,’ Gary said of his return. ‘I have been inundated! I wasn’t expecting it.

‘I’ve enjoyed hearing all the speculation about Colin and Barry’s return and what it might involve.

‘All I can say is that the episodes are so well-written, and there’s a real understanding of what went on for them before.’