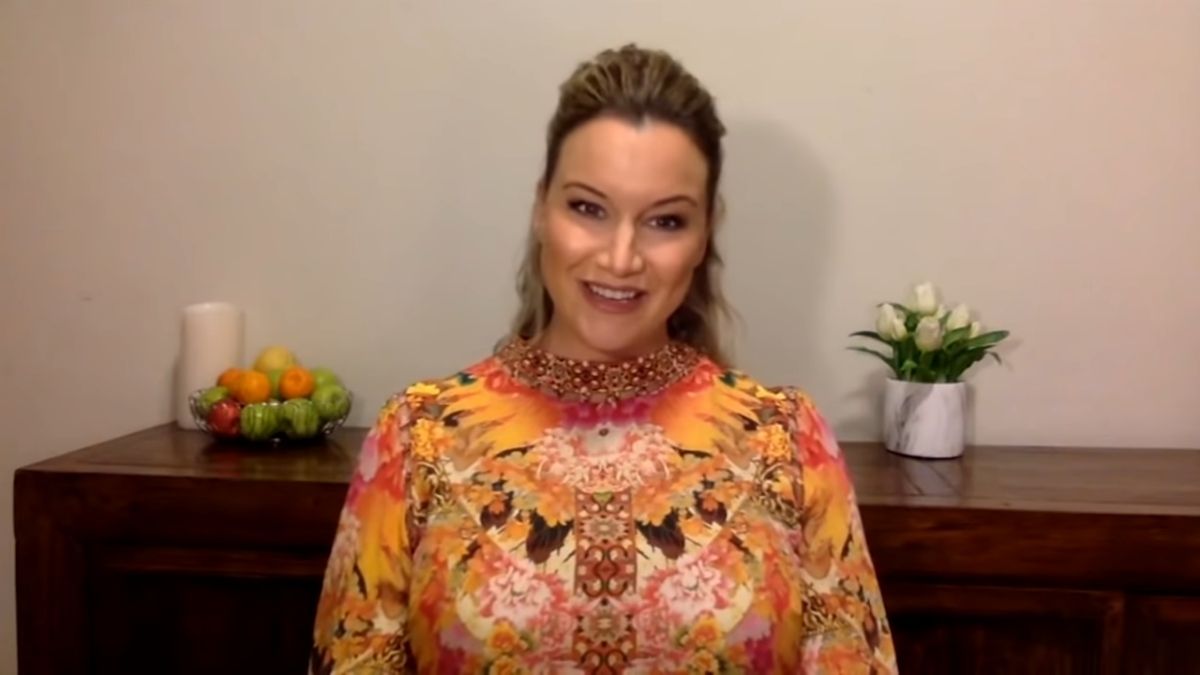 Hannah Ferrier may have been fired from Below Deck Mediterranean, but that doesn’t mean her life isn’t going well.

After watching teasers about Hannah’s exit from the show for the past several weeks, viewers finally saw how it all played out. And since Hannah was on the show since the very beginning, many fans felt she deserved a more respectful exit.

But despite the way things played out, Hannah has a lot to celebrate. The 33-year-old  is she expecting her first child with boyfriend Josh in October.

Furthermore, she has partnered with former Below Deck cast member Nastia Surmava and opened the Ocean Training Academy to teach people how to get into the yachting industry. She is also launching a new podcast and adding to the legion of fans she has gained this season.

And now, Hannah is celebrating a major milestone on social media.

“Couldn’t think of a better time to hit 500k!” Hannah wrote. “You guys make the journey worth taking.  Thank you to everyone who has ‘followed’ me on this journey!! It’s only the beginning.”

The  Australian native has been getting a lot of support on social media as viewers witnessed her being ostracized for battling anxiety.

Viewers criticized the way Captain Sandy treated the chief stew and tried to shame her even though Sandy knew that Hannah had struggled with the disorder in past seasons.

The Bravo network also got their fair share of criticism for the way they chose to play out the mental health narrative on TV.

Many viewers who also battle with the disorder came to Hannah’s defense, and she has been gaining a loyal following ever since. 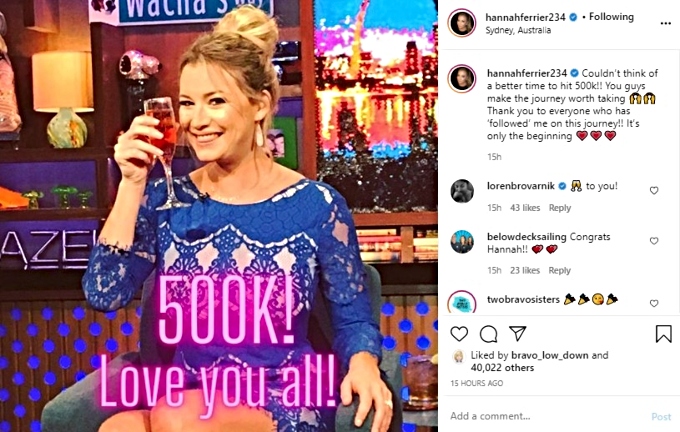 Hannah reflects on her exit from Below Deck

While her presence on the show will certainly be missed, the Below Deck Med alum is happily moving on.

She recently reflected on her time on the show and how the season played out.

“To me, this season, I was very different to the seasons beforehand,” she said.

The former chief stew continued, “My life is very different now. I think I’m very different when I’m single, and when I’m in a relationship. I wasn’t going out and drinking a lot. You see the whole season. There’s not one scene of me getting drunk because I wasn’t getting drunk! And that’s not because of anything that Josh says. It’s just for me.”

“If I knew it was going to turn out like this, I probably just wouldn’t have done the season,” Hannah explained.

And really who could blame her?

Below Deck Mediterranean airs Mondays at 9/8c on Bravo.