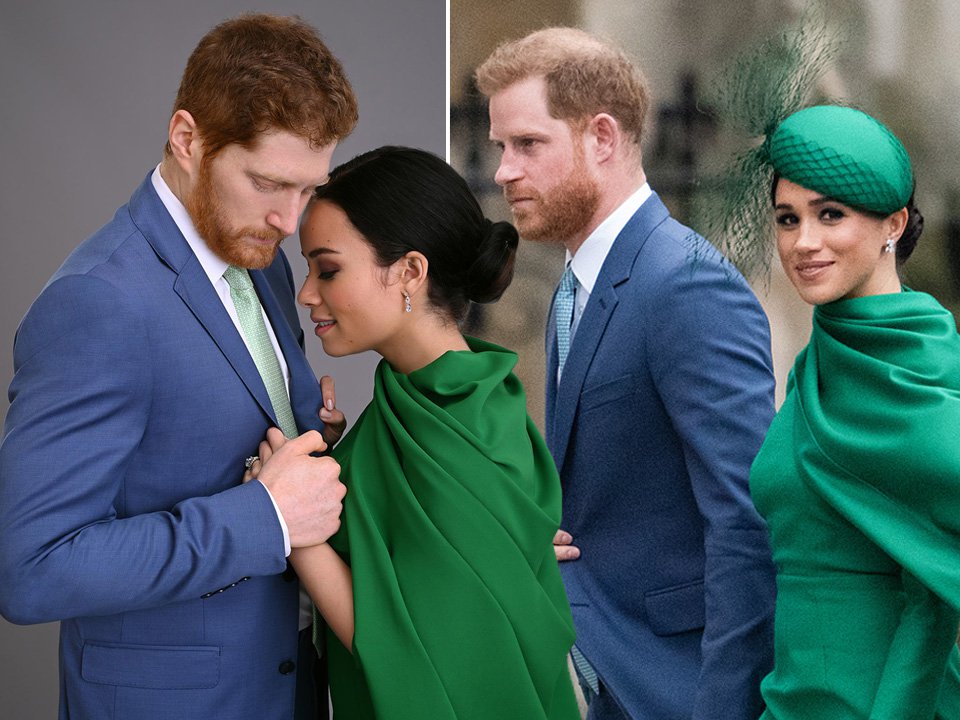 There’s another TV movie chronicling the lives of Prince Harry and Meghan Markle with two leads finally confirmed to be playing the divisive couple.

The Lifetime Canada movie, titled Harry & Meghan: Escaping The Palace, will star Jordan Dean and Sydney Morton with the channel announcing the news on the couple’s third wedding anniversary.

Production kicks off in May and is expected to air later this year.

‘Harry & Meghan: Escaping the Palace will explore what really happened inside the palace that drove Harry and Meghan to leave everything behind in order to make a future for themselves and their son Archie,’ read a synopsis.

Jordan and Dan take the reins from previous stars in the franchise to play Harry and Meghan, with Jordan Whalen as Prince William, Laura Mitchell as Kate Middleton, Steve Coulter as Prince Charles, and Maggie Sullivun as Queen Elizabeth II all returning.

However, since photos of Jordan and Sydney dropped, fans aren’t convinced – to say the least.

‘Well, they got the hair color right. So there’s that,’ quipped one sarcastic critic, while another equally bemused person on Twitter wrote: ‘You must me joking…really?’

A third cried: ‘This looks TERRIBLE! Why even bother?’ while many others called for Lifetime to leave the pair alone.

Harry and Meghan have walked away from their royal duties last year after moving from the United Kingdom to Los Angeles with their son Archie.

Needless to say the move has been a controversial one.

Earlier this year they opened up about the move away from Britain in a bombshell interview with Oprah Winfrey where Meghan revealed she suffered from mental health issues and had suicidal thoughts which she claimed were neglected by the Royal Family.

She also claimed a member of ‘the firm’, the highest ranking relatives of the family, even raised concerns over Archie’s skin colour.

If you’ve got a celebrity story, video or pictures get in touch with the Metro.co.uk entertainment team by emailing us [email protected], calling 020 3615 2145 or by visiting our Submit Stuff page we’d love to hear from you.