HOLLY Willoughby had the gingham trend on check as she wore a pretty patterned frock to host This Morning.

The ITV anchor was perfectly dressed for the London summertime as she strolled outside the studios to film an alfresco segment. 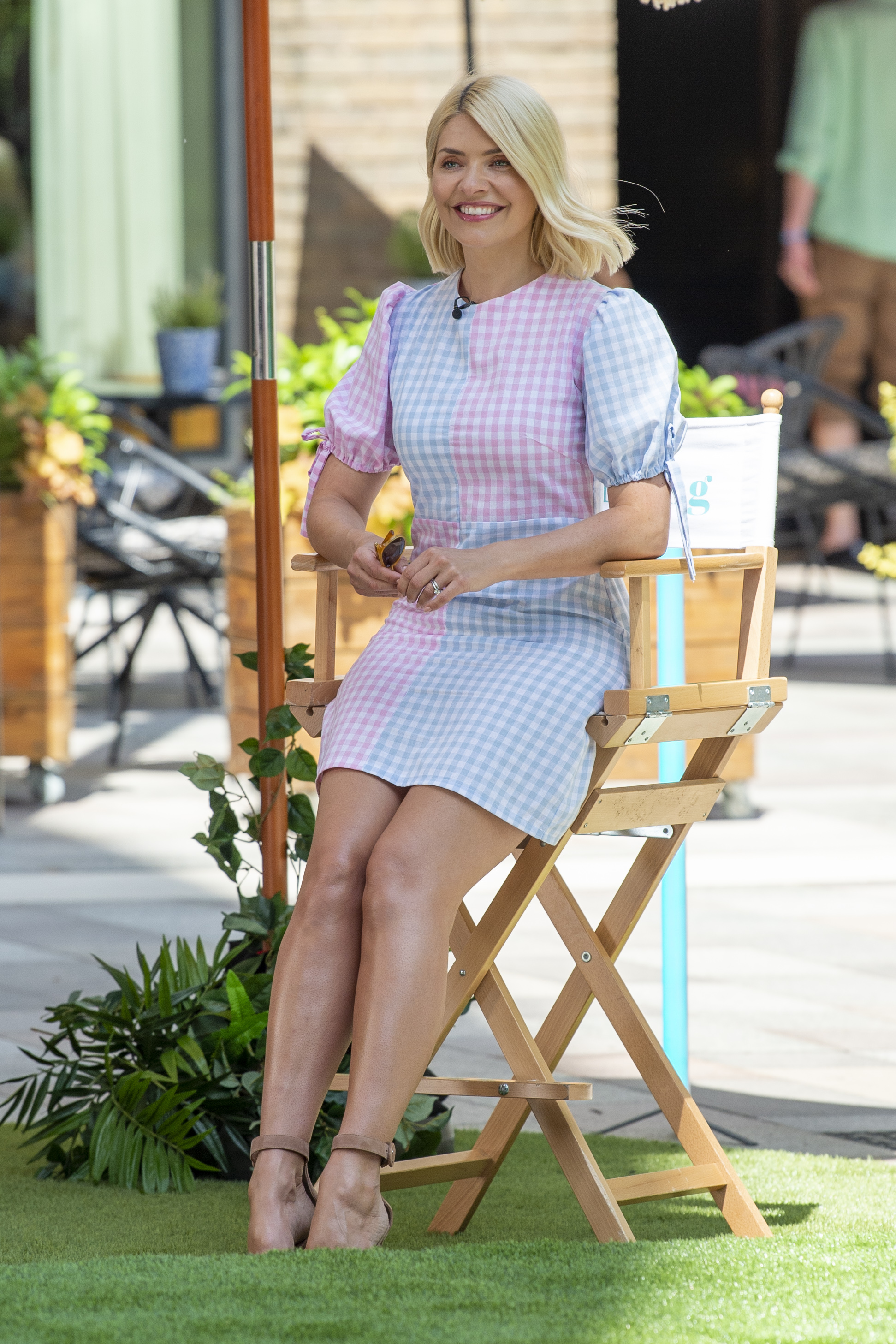 Accompanied by co-host Phillip Schofield, 59, Holly, 40, showed off her tanned figure in the mini dress which cut above the knee.

The cute garment, which was handmade by Olivia Rose The Label, featured flattering panels of pink and blue gingham check.

The capped sleeves featured a cute tie detail and the mum of three rounded off her look with some tan-coloured sandals which elongated her legs.

Holly was seen tucking her hair behind her ear as she strolled with Phil before perching carefully under a deckchair ready for filming. 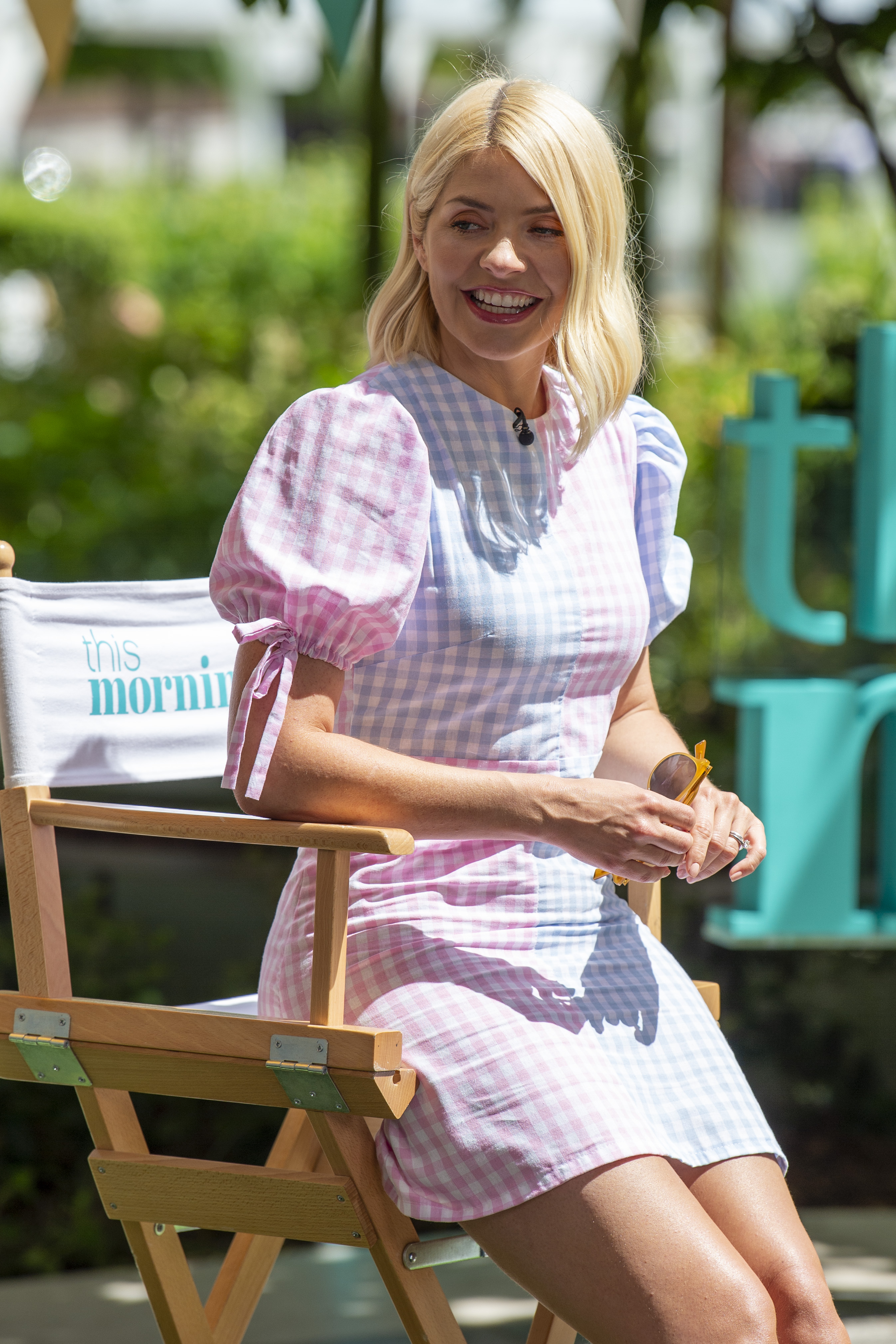 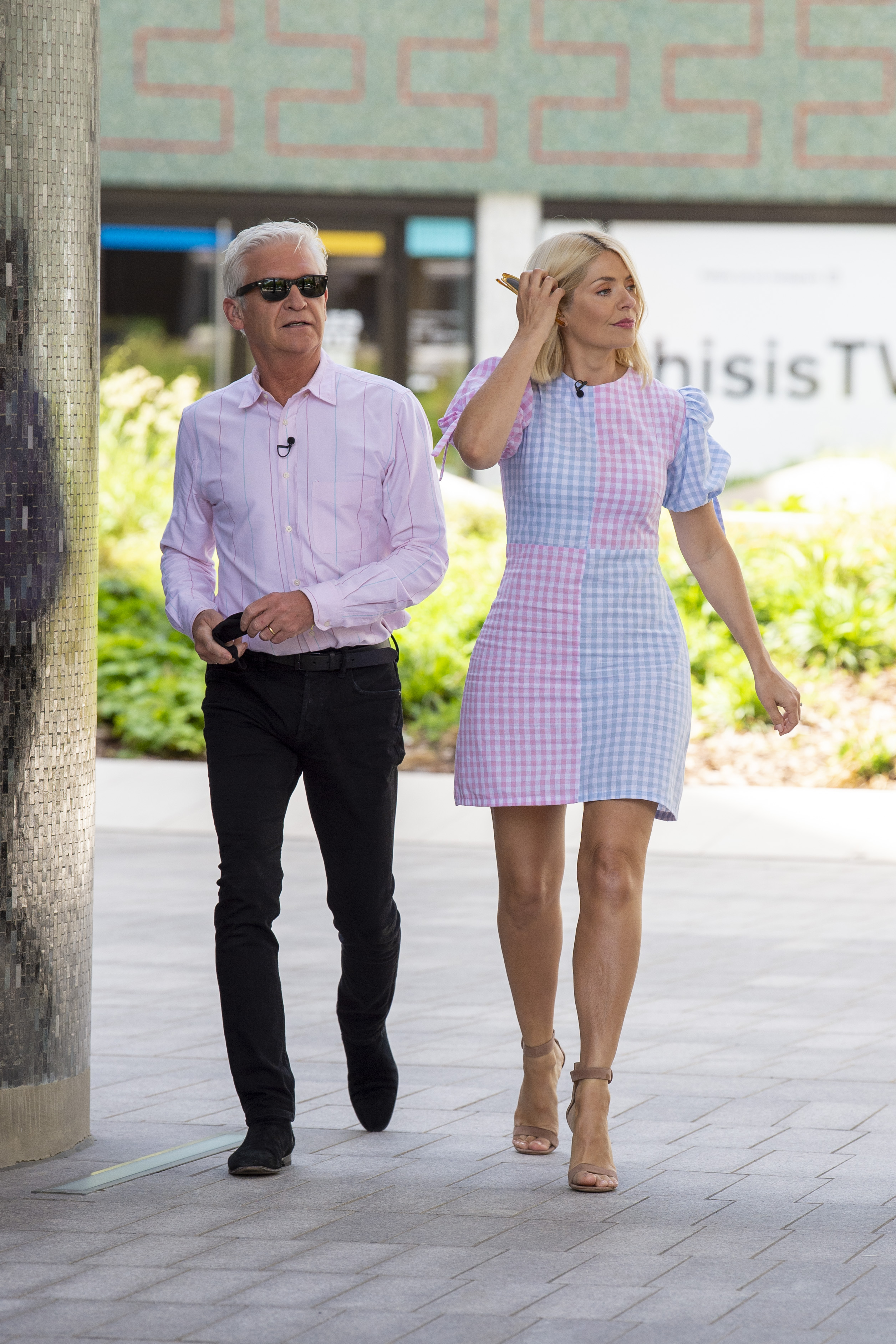 As the cameras cut, she sat under a parasol and gazed into the distance.

The creators of Holly's garment, a UK-based slow fashion label, were equally chuffed to see her sporting their Picnic Dress.

They took to Instagram to post: "OMG!!!🎉🎉🎉 The beautiful @hollywilloughby wearing her Picnic Dress on @thismorning today!!!🥰🌸☁️ A literal dream come true! Thank you so much @danniiwhiteman."

Later on, they added an image of the same dress being handmade, presumably in response to a flurry of orders prompted by Holly's appearance in the summer garment. 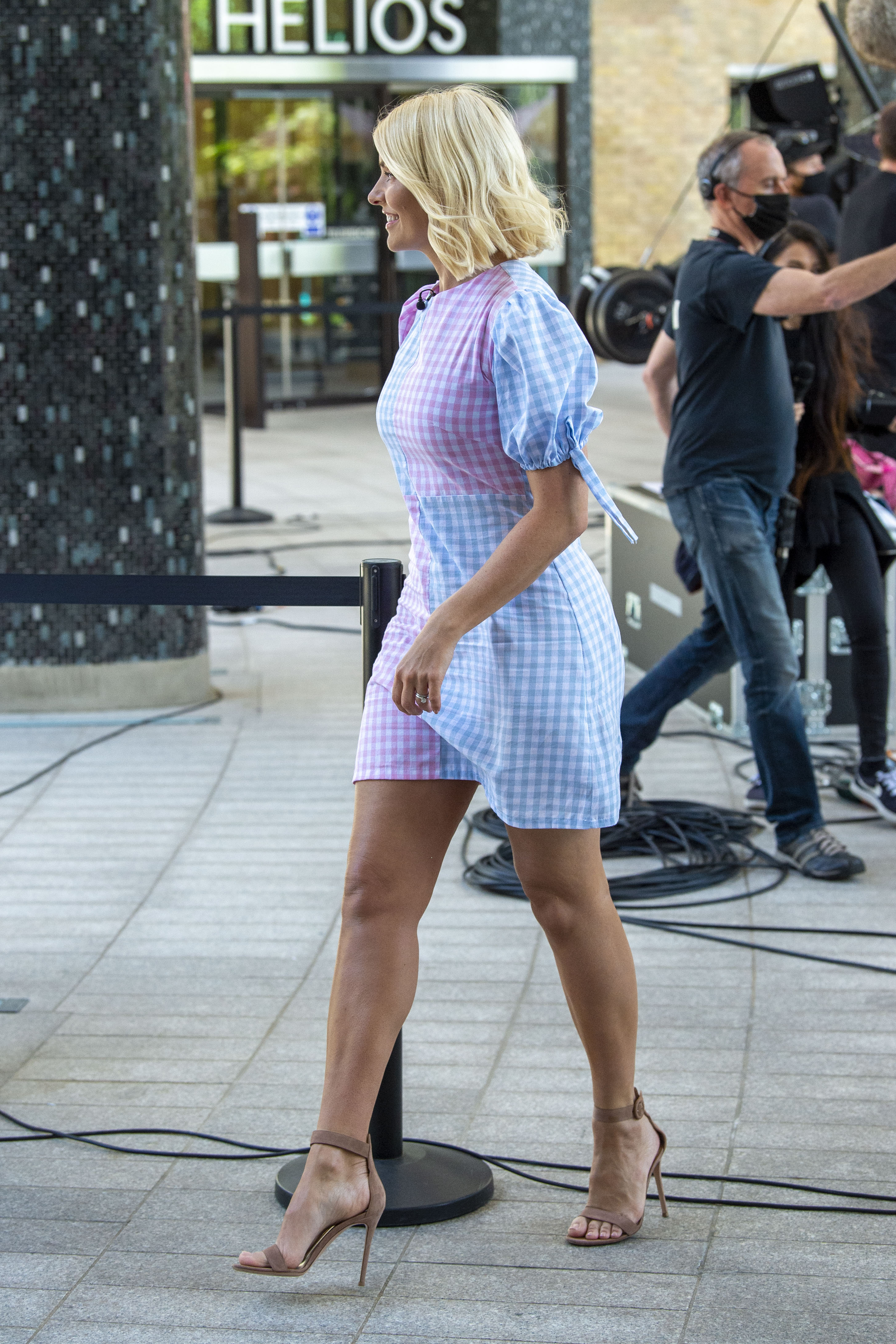 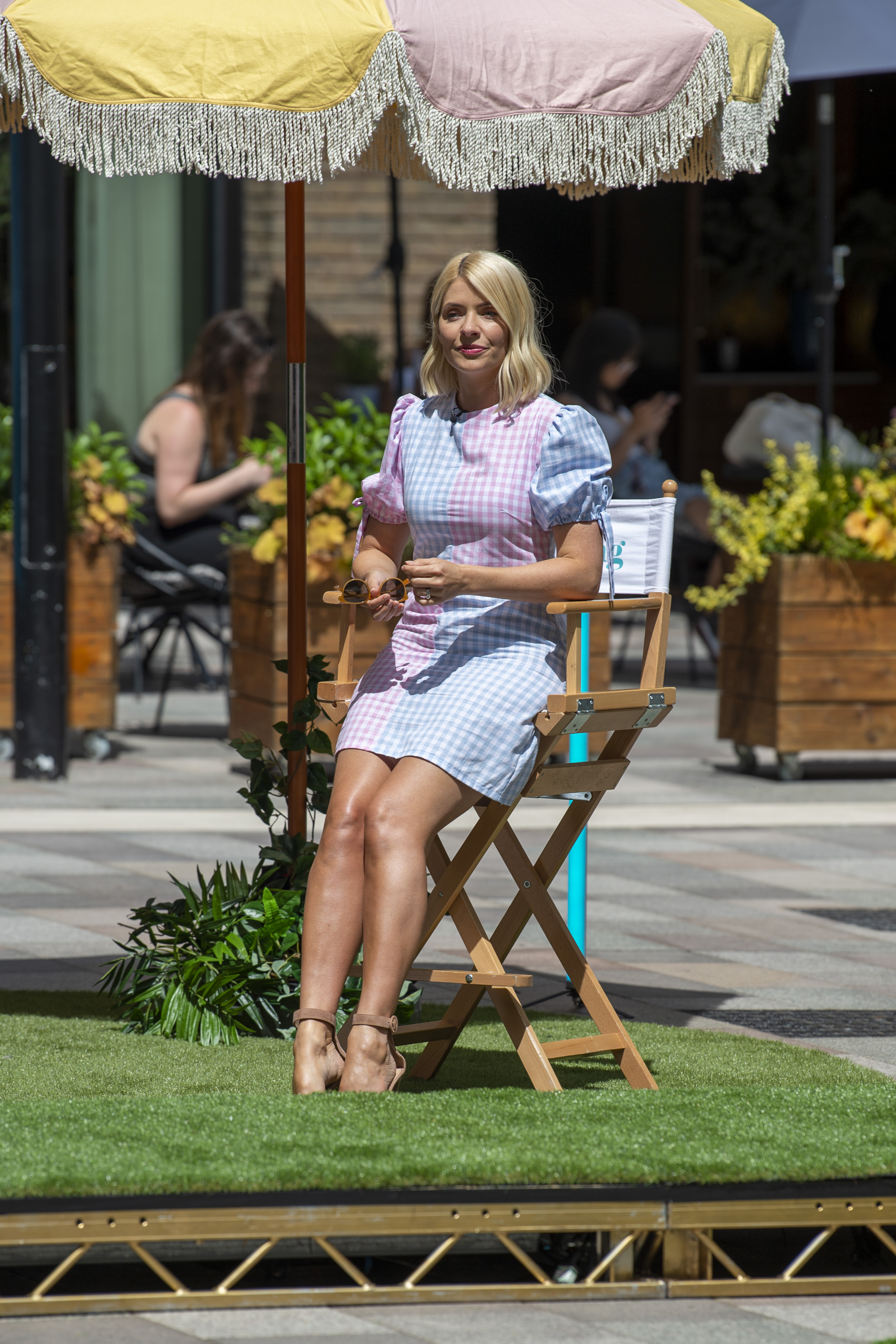 They added "One down🎉☁️ Many many more to go! Thank you so much for your support!! It means the world."

Holly is renowned for posting her outfits on Instagram prior to This Morning's daily show – with the uploads often prompting the fashion item in question to sell out.

Today Holly accompanied her snap with the words: "Morning Tuesday… the beautiful @emmaleebunton joins us today to talk about her new book Mumma you got this… see you on @thismorning at 10am." 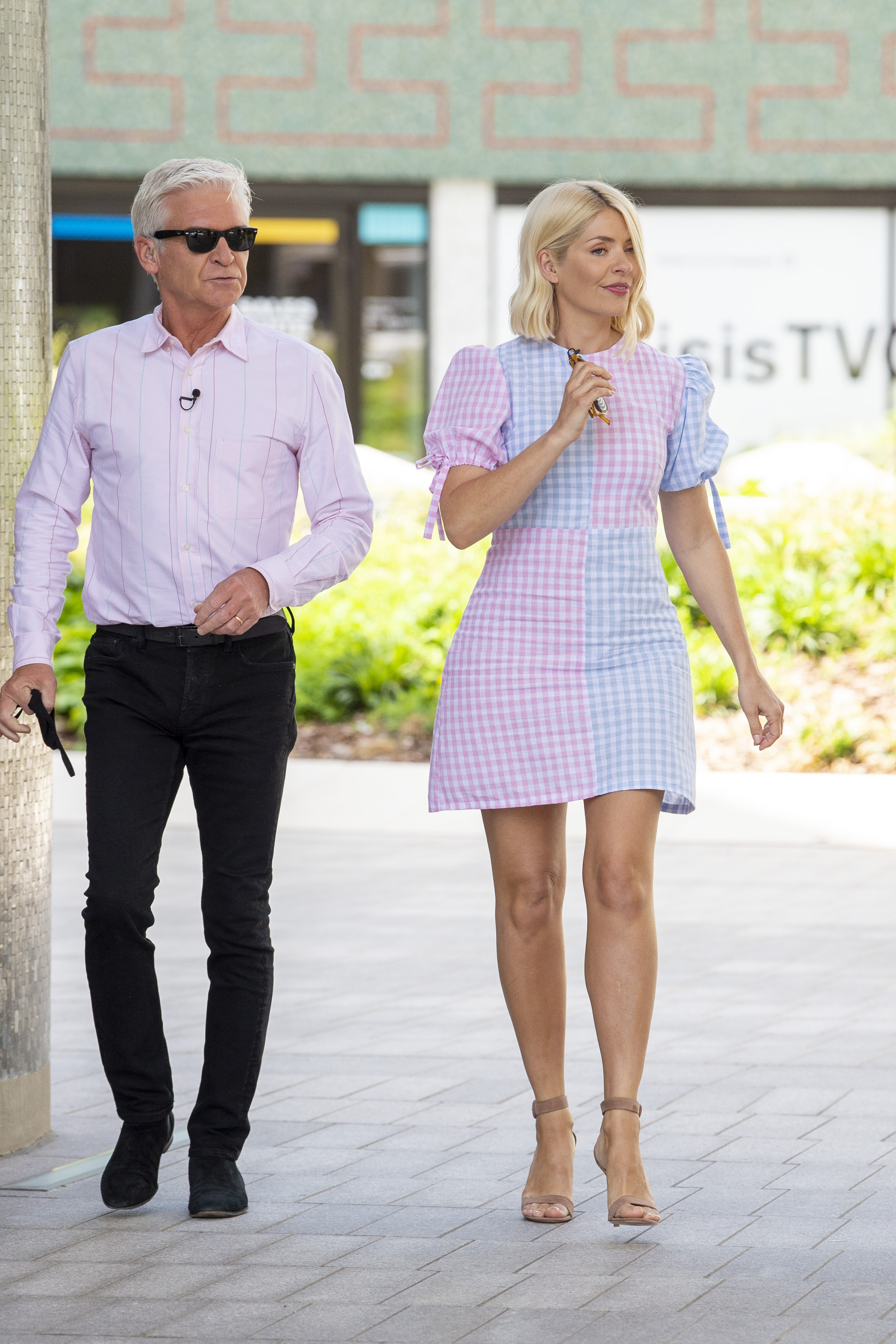 Yesterday, Holly was left in hysterics when Phil made a rude joke about show medic, Dr Chris Steele.

Phil was poking fun at the show's professional as he spoke about on-demand sex pills.

The presenters were talking about The Sun's exclusive story revealing how M&S customers can now get Viagra-style pills delivered to their door. 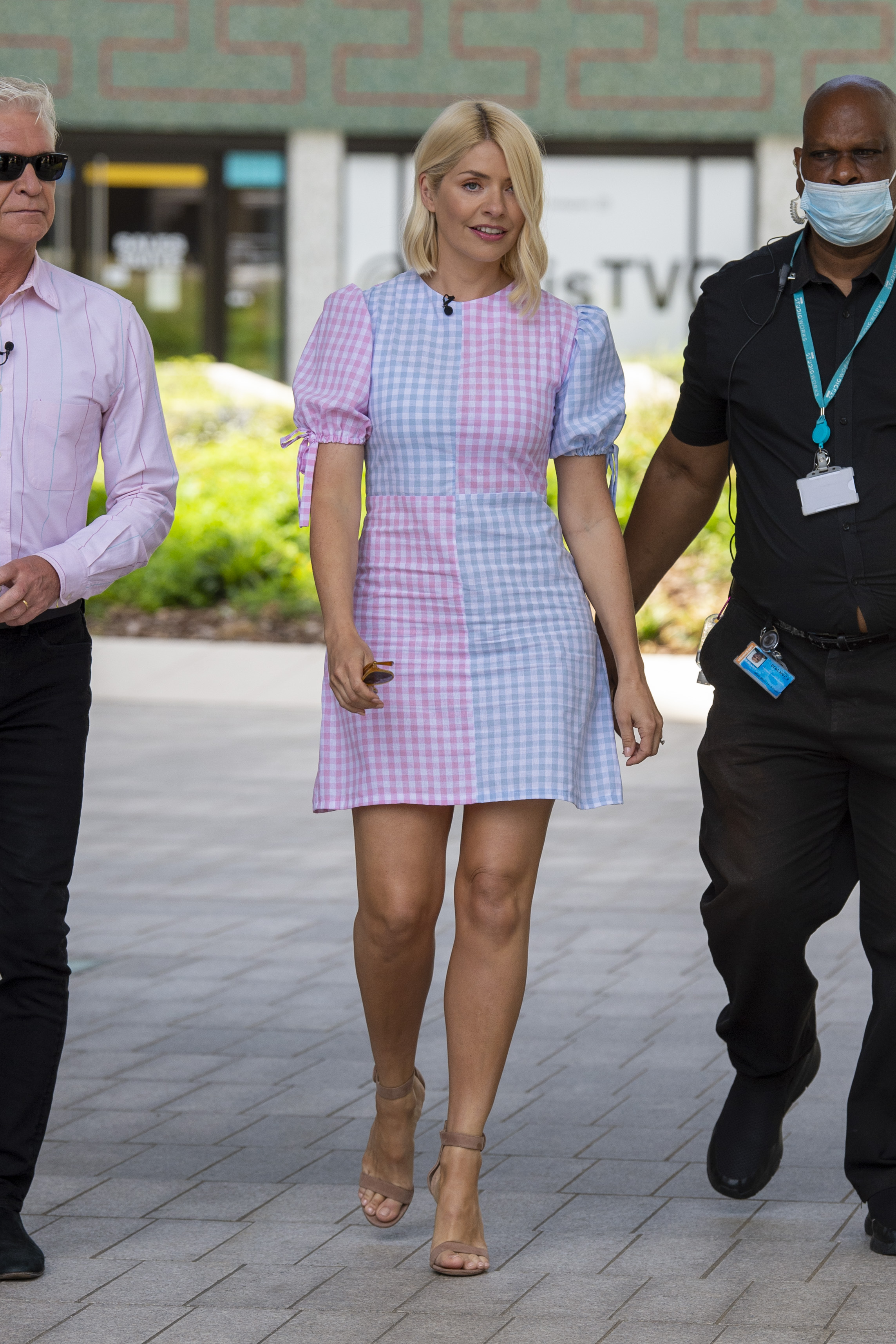 Dr Chris, 75, told Holly and Phillip: "I had to look into this – not that I'm interested in Viagra! For the science."

Phillip replied: "You won't be able to shut your front door!"

He added: "Dr Chris's personal medical files starts today and we'll give you an update next week."