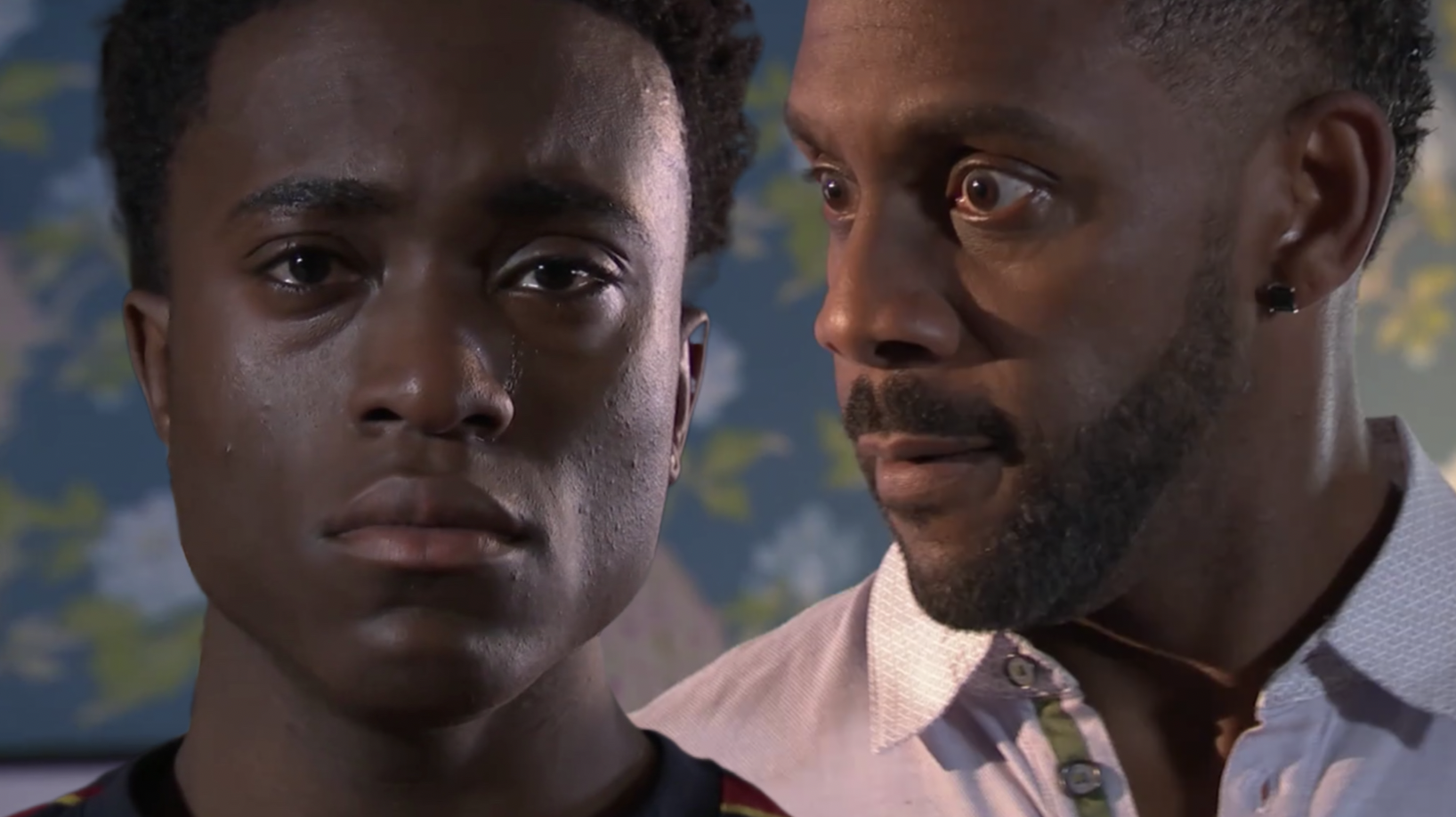 DeMarcus Westwood (Tomi Ade) has done a runner in Hollyoaks, after discovering that the police were on their way to arrest him for Saul Reeves’ (Chris Charles) murder.

Saul, as viewers know, was tragically stabbed last week by Joseph Holmes (Olly Rhodes), who got into an altercation with the police officer while trying to incriminate DeMarcus.

DeMarcus, meanwhile, has become prime suspect in the investigation that followed, as it was his knife that was used in the attack. This, coupled with a video that Joseph posted anonymously online, has led the police to believe that DeMarcus is, without a shadow of a doubt, the killer.

Joseph, however, went one step further on Friday (July 22), determined to cover his own tracks, as he planted the murder weapon – and Saul’s ring – in DeMarcus’ jacket, before tipping off the police.

DeMarcus, feeling like time was running out, decided to do a runner, after Felix Westwood (Richard Blackwood) instructed him to do so, much to Zoe Anderson’s (Garcia Brown) dismay.

But despite DeMarcus being out of dodge for the time being, this story is set to continue, with a particular focus on the relationship between DeMarcus and his dad, which will receive central focus in a two-hander episode.

‘We will continue to follow Felix and DeMarcus’s story as that moves through,’ show boss Lucy Allan told Metro.co.uk.

‘We will build to a single-strand episode of that, which will air around the time the Black to Front project did last year.”

‘That will prominently be a two-hander. It’s one of those episodes where Hollyoaks strips it all back and brings it back to the characters.

‘We have two characters who, when they can’t find any other distractions, are forced to sit in front of each other at the table and forced to communicate. It’ll be about how we build and find a resolution to that story.’

Hollyoaks airs weeknights on E4 at 7pm, or stream first look episodes daily on All4.