Over the years, each member of the Kardashian family has had their share of high-profile relationships. Some of those relationships, like Kim Kardashian’s marriage to Kanye West, were pretty high-profile, whereas others, like Kendall Jenner’s current relationship with Devin Booker, are much more low-key. We’ve seen many of the Kar-Jenner’s relationships play out on “Keeping Up With the Kardashians,” and no matter how long or short-lived a romance was, we always knew there would be plenty of drama (looking at you, Kourtney Kardashian and Scott Disick).

Of course, the Kar-Jenner sisters aren’t the only ones who have found love over the years. The family’s matriarch, Kris Jenner, has been in a relationship for quite some time with Corey Gamble. According to The Sun, Gamble works as a road manager for SB Productions — AKA Scooter Braun’s entertainment and marketing company. Since he began dating Kris, Gamble started to appear on “KUWTK” pretty regularly, and many fans have begun to see him as a permanent fixture in the Kardashian family.

While we’ve gotten used to seeing Gamble by Kris’s side, how long have the duo actually been together? Keep reading to learn exactly how long Kris and Gamble have been dating!

Kris Jenner and Corey Gamble have been dating for several years 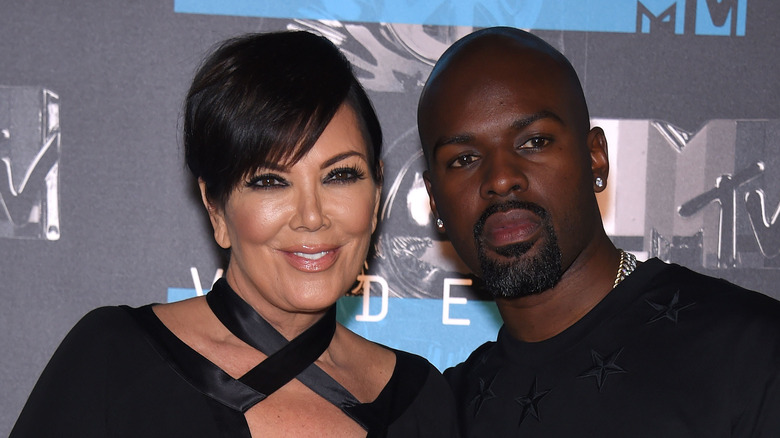 After Kris Jenner and Caitlyn Jenner separated in 2014, many fans wondered who Kris might date next. As it turns out, it didn’t take the Kardashian momager too long to get back into the game — that same year, she started dating Corey Gamble!

According to Cosmopolitan, Kris and Gamble apparently met at a party that Kanye West threw for fashion designer Ricardo Tisci. The party took place in Ibiza in August 2014, and Kris and Gamble both happened to be in attendance. The two must have hit things off, because just a couple months later, Gamble was spotted hanging out with Kris in Las Vegas while the Kardashian crew was there to celebrate Kim Kardashian’s birthday. One month later, in November, it was Kris’s 59th birthday, and you guessed it: Gamble was indeed in attendance at the party!

While neither Kris nor Gamble have confirmed exactly when their relationship started, it’s clear that they started getting cozy in the later months of 2014. By March 2015, Gamble made his “Keeping Up With the Kardashians” debut, and by April 2015, the pair made their relationship Instagram official by posting a double-date selfie with Tish and Billy Ray Cyrus.

Kris and Gamble reportedly split briefly in 2017, according to The Sun, but they ultimately got back together, meaning that the duo has been dating for nearly seven years now!