IN the words of the King of Rock and Roll, Lisa Marie Presley just couldn't help falling in love.

Elvis and Priscilla Presley’s daughter – who tragically passed away aged 54 last night – had a rollercoaster ride when it came to romance, with five proposals and four marriages. 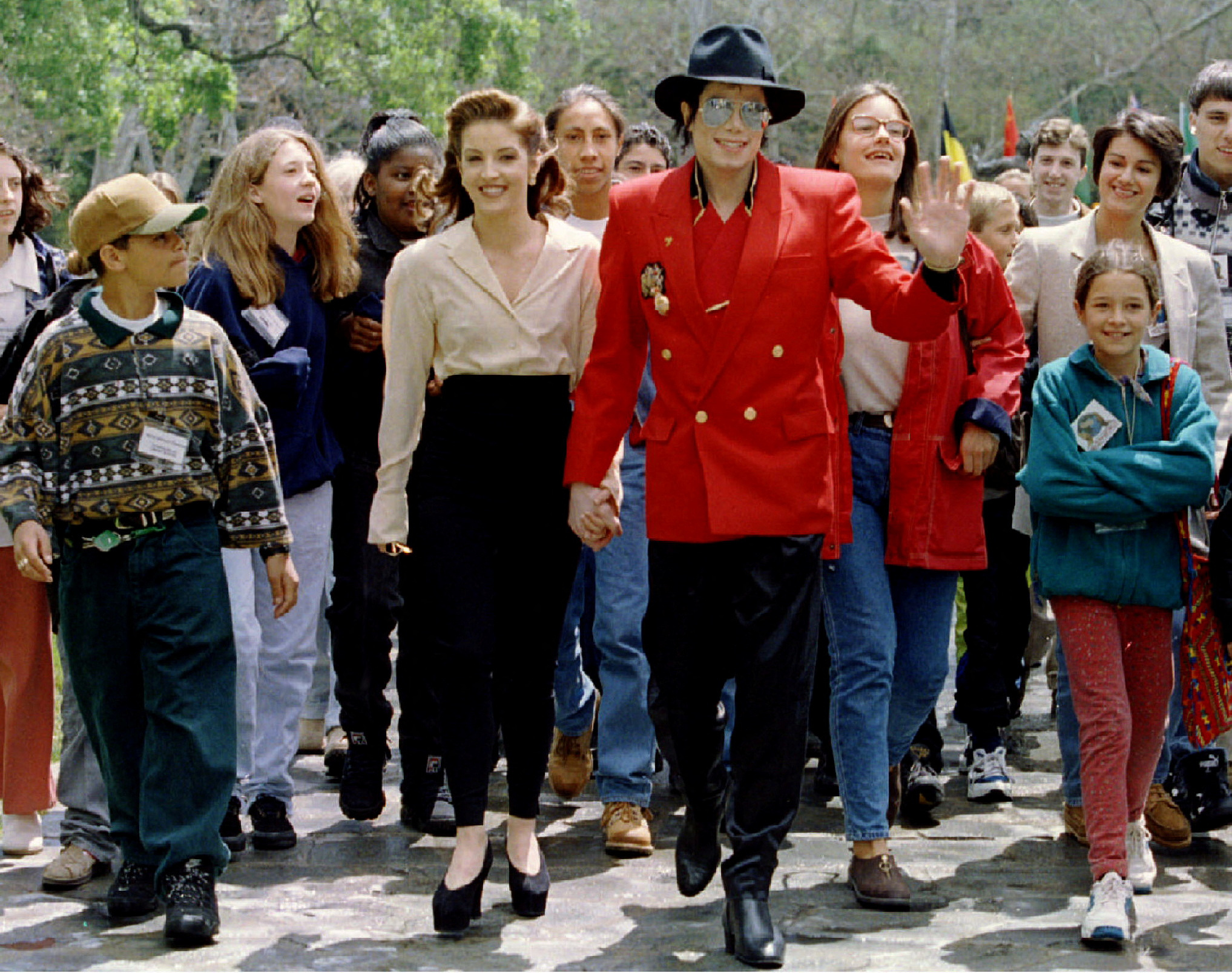 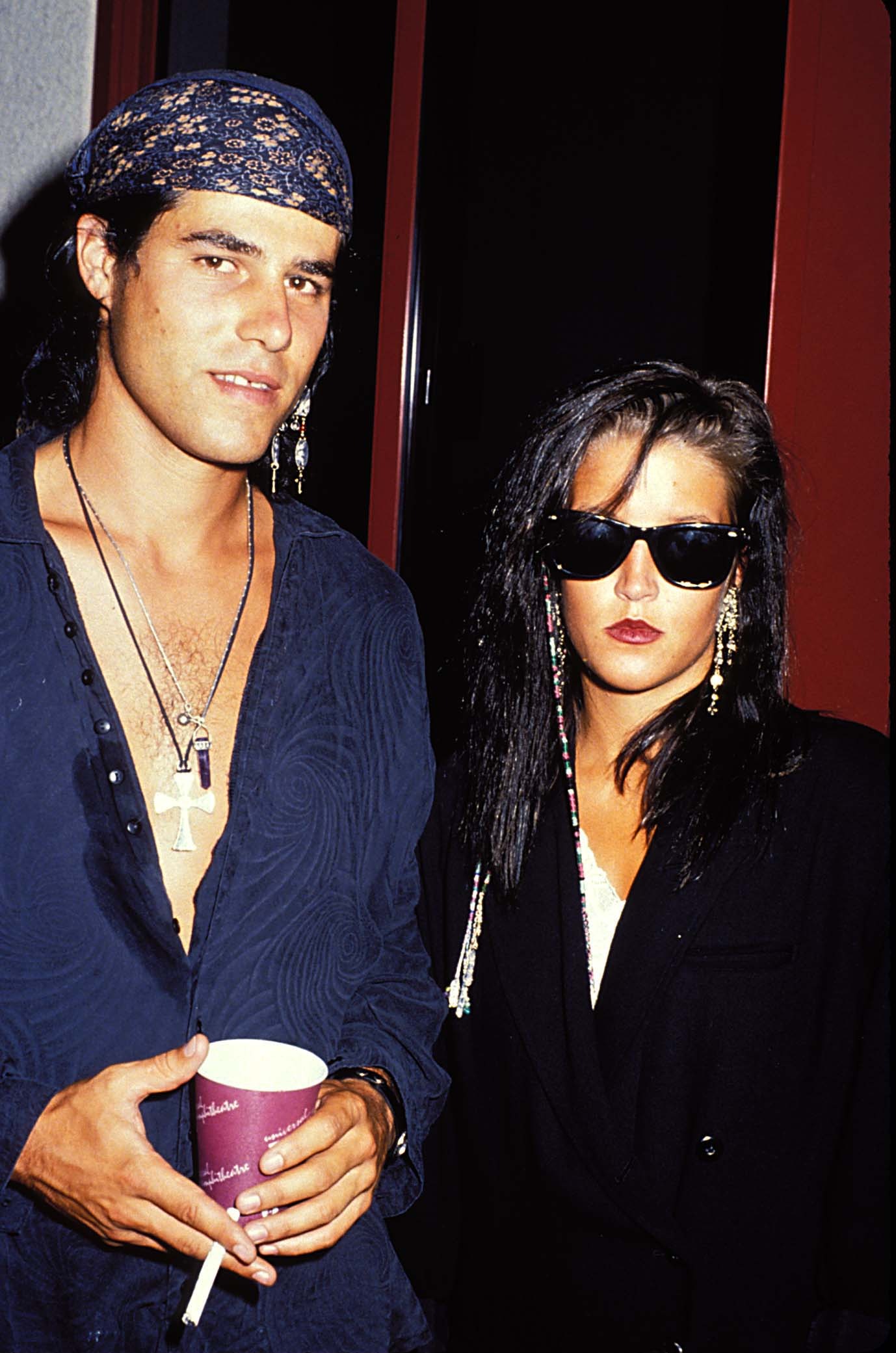 It was Lisa Marie’s first husband Danny Keough who tried to save her life when she was found unconscious in their home after going into cardiac arrest, performing CPR until paramedics arrived.

Her string of high-profile husbands includes the late King of Pop Michael Jackson, who she tried to save from his drug addiction after believing him to be "misunderstood", as well as Elvis-obsessed Nicolas Cage – whom she was wed to for just 107 days.

Here we take a look inside her tumultuous love life.

Lisa Marie met her first husband Danny, now 58, in rehab when she was a teenager, and they moved in together when she was 17.

They married three years later in October 1988 and welcomed a daughter, Riley, a year later. Son Benjamin followed in 1992.

But in 1994 they divorced, which Lisa Marie later attributed to Danny struggling to deal with her fame.

In 2007 she told Marie Claire: “I had been really sheltered. I got married the first time very, very young. 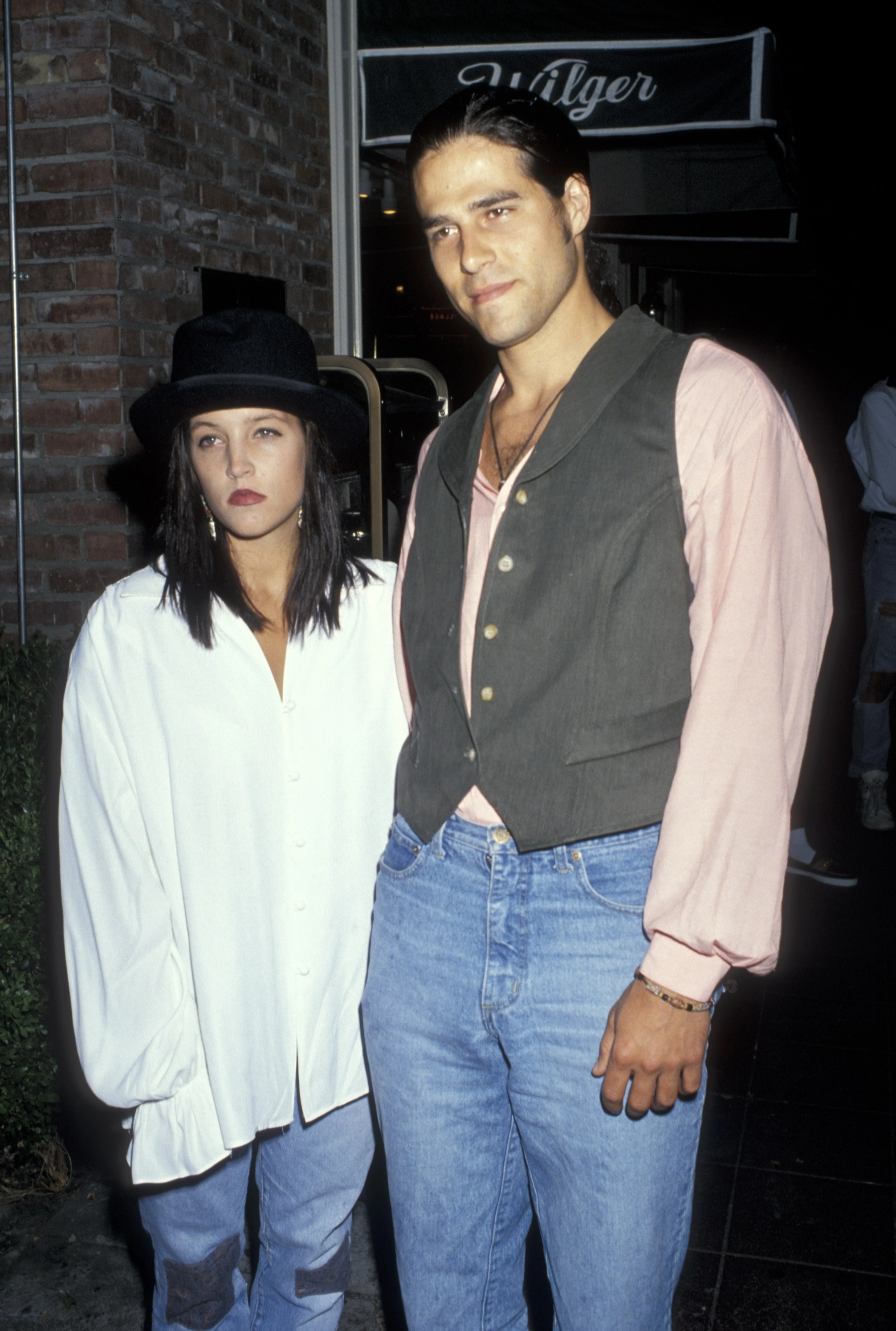 "And the marriage I was in, there was so much resentment about who I was, because I had more than he did, and it became a power struggle.”

But the pair remained close; in 2003, she called him her “absolute best friend in the world”.

She told Rolling Stone: “The smartest thing I’ve ever done is have children with this man, because I knew this is the one man I could be connected to for the rest of my life.”

In 2021 we revealed Lisa Marie and Danny were living together again, helping each other grieve after Benjamin took his own life in July 2020.

'Biggest mistake of my life' 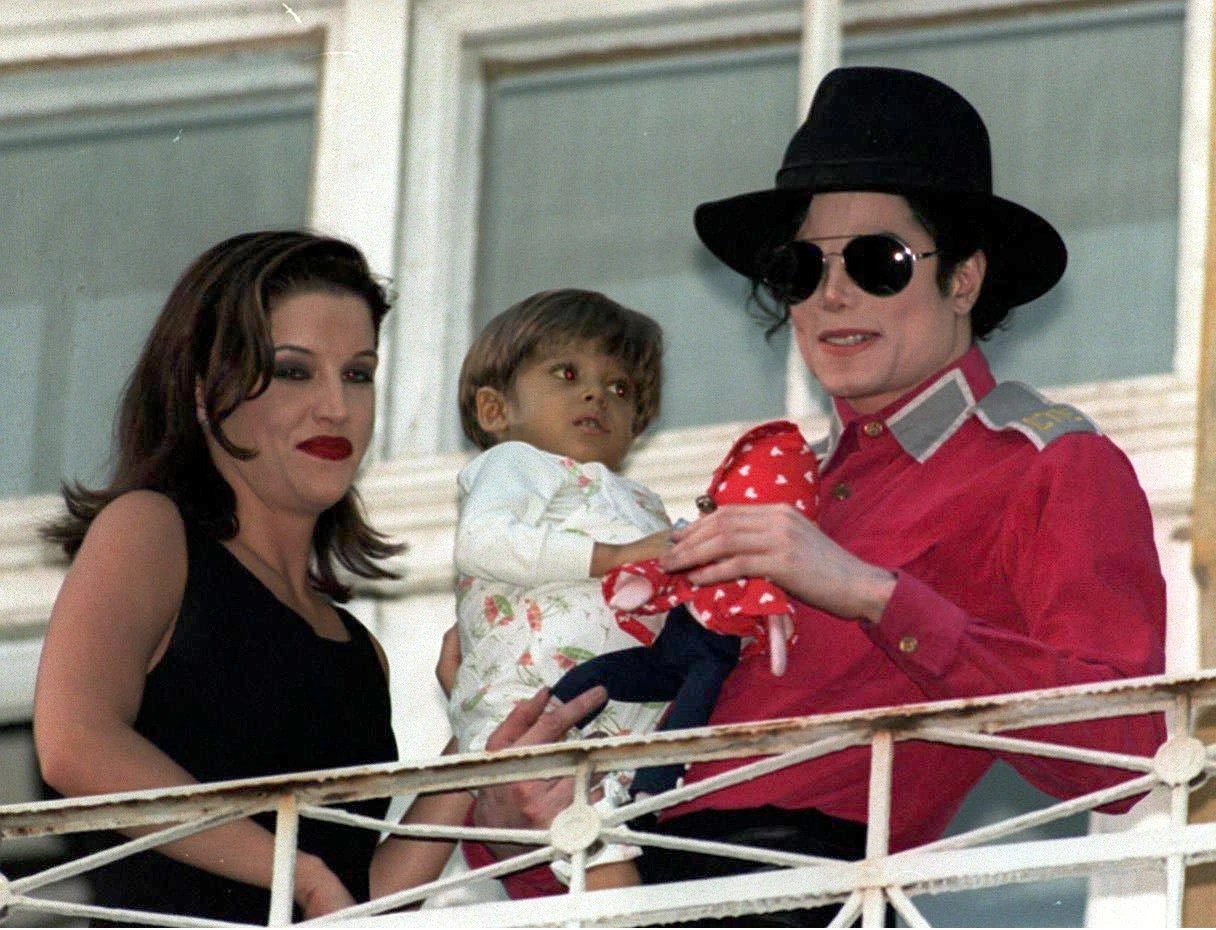 In 1994, just 20 days after her divorce from Danny was finalised, Lisa Marie shocked the world when she tied the knot with Michael Jackson.

The couple both wore black and Jacko donned a cowboy hat for the secret 15 minute ceremony in the Dominican Republic.

At the time he faced accusations of child molestation – which were later settled out of court – and some accused the couple of trying to distract from the court case.

In a statement at the time, Lisa Marie insisted: “I am very much in love with Michael, I dedicate my life to being his wife.

“I understand and support him. We both look forward to raising a family.”

Lisa Marie, who was a huge Jackson 5 fan growing up, first met Michael when she was seven after her dad brought her backstage at a concert.

Their friendship blossomed in 1992, while Lisa Marie was still married to Danny, after they met again in Los Angeles.

Throughout their marriage, Lisa Marie and Michael were forced to deny rumours they weren’t having sex.

They put on very public displays of affection, including an infamously awkward kiss at the MTV Video Music Awards, and Lisa Marie featured in Jacko's steamy You Are Not Alone music video.

The famous duo never had any children and split after just two years, with Lisa Marie branding their marriage “the biggest mistake of her life”.

She's since claimed her decision to marry Jacko was partly down to wanting to be with someone who could obviously deal with the fame – because Danny couldn’t.

She added: “It is hard for a man to be with a woman who is stronger, wealthier, so in my mind I’m thinking, I know, I’ll get with someone more compatible.

“I wasn’t thinking what everyone else was thinking, which was that I must have been out of my f*****g mind.” 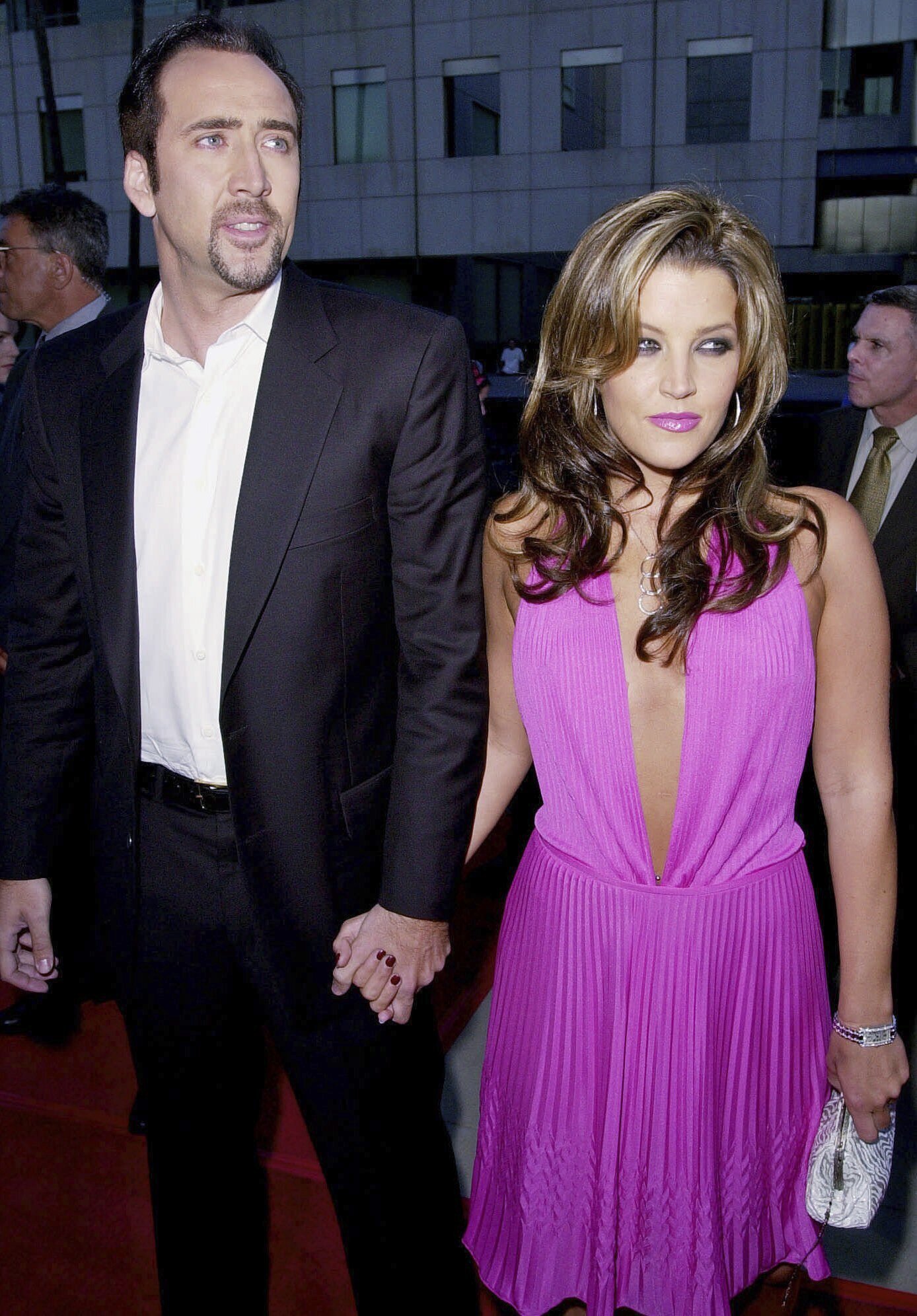 She reportedly met Nicolas Cage, 59, while engaged to the musician John Oszajca — who'd proposed in 1999. Nicolas was still married to Patricia Arquette.

In 2003, he told Barbara Walters he was “thunderstruck” by Lisa Marie when they met at a party.

Lisa Marie and the self-confessed Elvis-obsessed actor married in August 2002 – but they split four months later.

During one heated argument, Lisa Marie reportedly chucked a yellow diamond ring he'd bought her into the ocean.

Nicolas sent divers to recover it, and when it wasn’t found, he bought her an even bigger diamond.

When they divorced in 2004, Lisa Marie admitted the marriage was a "big mistake".

“I’m sad about this, but we shouldn’t have been married in the first place,” she said in a statement. 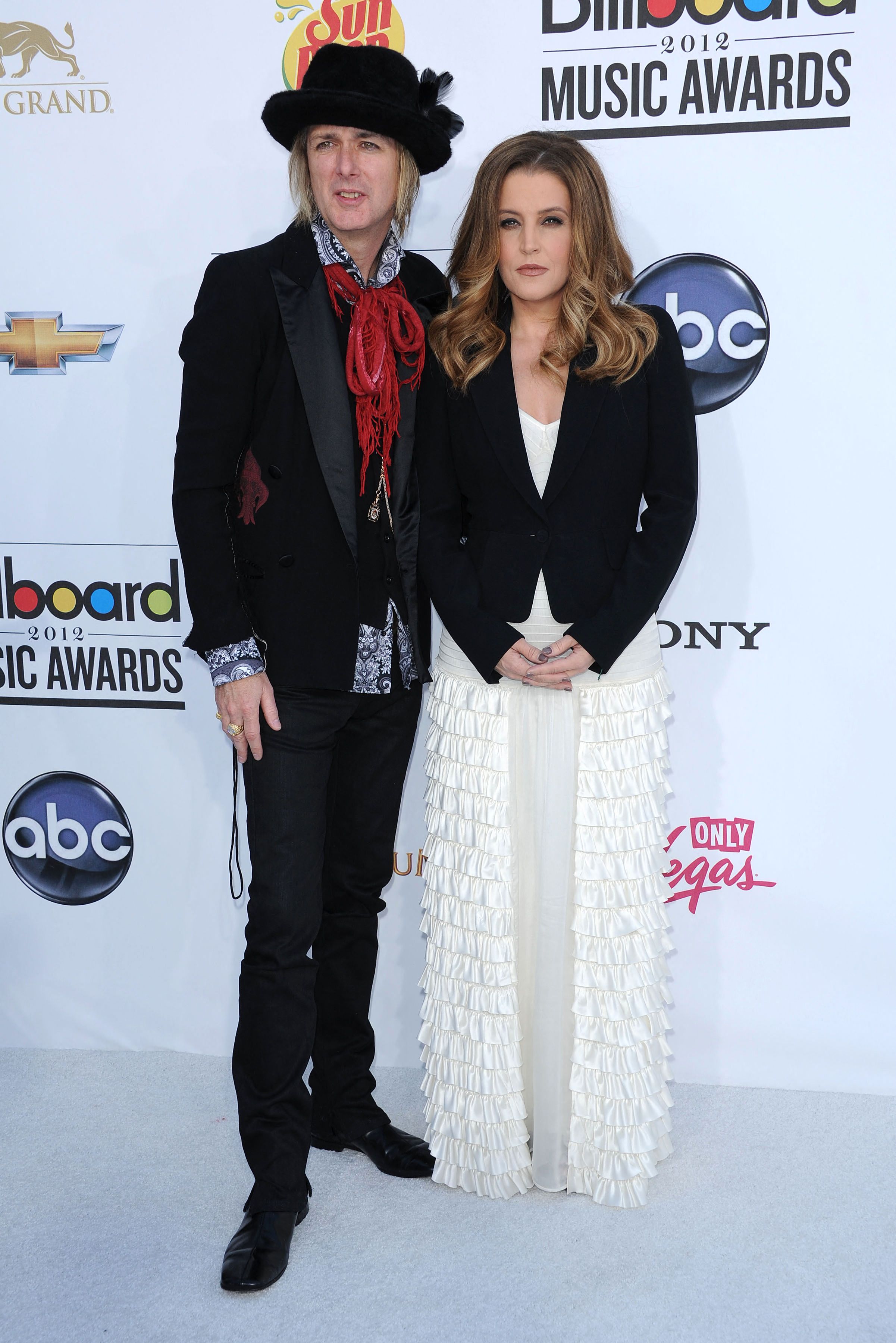 Lisa Marie's fourth and final marriage was to guitarist Michael Lockwood, now 61, in 2006. The couple exchanged vows in Japan – with her first husband Danny serving as the best man.

While pregnant, Lisa Marie said Michael was her best friend.

“I’ve gotten to the point in my life where I’ve chased all the crazies down,” she told Marie Claire. “I was ready to stop the madness.

“At this age I really appreciate having [a husband who is] a best friend. But you know, the other guys were fun. For a while.”

But that marriage was also doomed; Lisa Marie filed for divorce in 2016, claiming she found hundreds of images of child pornography on Michael's computer.

Michael denied the allegations, and after a messy court and custody battle, their divorce was finalised in 2021.

“The last three years I… had to go to rehab several times,” she said in 2017, later putting the exact number at somewhere between three and five stints in a Mexican treatment facility. “I was a mess. I couldn't stop.”

Presley said her addiction peaked as their marriage ended in 2016.

“The last year of our marriage, I was abusing cocaine terribly,” she said in court documents.

Video of man jumping in leaves is ‘scariest’ doctor has seen

When her son Benjamin died, Danny moved in with her, fearing she would relapse.

But tragically, even he couldn’t save her from a broken heart.