The love story of Ryan Reynolds and Blake Lively may be one of the sweetest Hollywood romance tales to date.

The actors first met in 2010 on the set of their movie, “Green Lantern.” Shortly after, the two realized they had a thing for each other while double-dating with other people. “[That date] went well for him,” Lively shared in a Sirius XM interview (via Elle). “We were such good friends for so long and we both got to know each other as friends so when we were both single, we were still trying to find each other’s [perfect date] — ‘Oh, who would be good for you?'” she recalled. “We’d sit around being like, ‘Oh jeez, do you know anyone?’ And it didn’t click for, I mean, a good year and a half. Like, ‘Oh hey, wait, hold on. We could date!'”

Lively and Reynolds started dating in 2011, just a year before tying the knot in 2012, per the outlet. In the time since, with almost a decade of marriage in the books, the celebs have welcomed three daughters: James, Inez, and Betty. ” … What I appreciate about our relationship is that he really is … my friend, first and foremost still,” continued Lively. “I think that’s the secret to happiness.”

So just how did their friendship turn romantic? The duo just shared with fans the one restaurant where their love story really began. 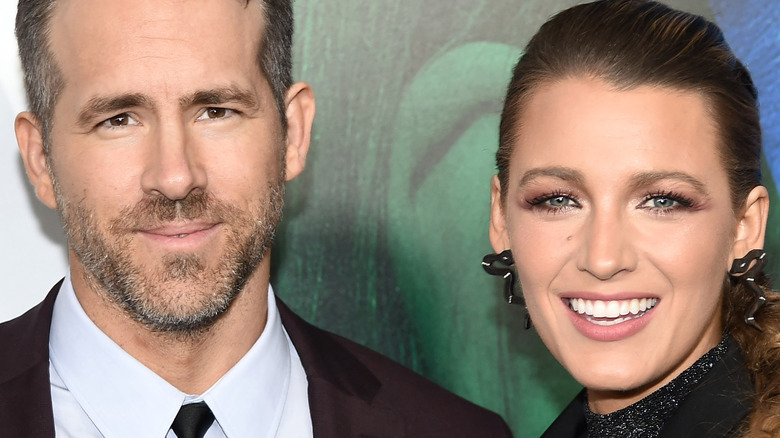 Posting to his Instagram stories on August 1, Ryan Reynolds revealed the exact spot he and wife Blake Lively first hit it off romantically, at a sushi restaurant in Boston. “Our favorite restaurant with her 4th favorite date,” joked Reynods on social media (via People).

Reynolds and Lively recreated their first date on the 10th anniversary of the occasion at O Ya, a sushi restaurant in the New England city. “10 years later. We still go out on our ‘first date,'” wrote Lively in an Instagram post of the occasion, per People. “If it weren’t for this place. We wouldn’t be together. No joke. No restaurant means more to us.”

On July 19, Reynolds shared with the “SmartLess” podcast that after meeting Lively “on the darkest crease in the anus of the universe called ‘Green Lantern,’” he and the “Gossip Girl” star remained strictly “buddies” for “about a year and a half” — echoing Lively’s comments years before. The “Deadpool” actor continued, “Next thing you know, she was going to Boston, I was going to Boston and I said, ‘Well, I’ll ride with you.’ We got on the train and we rode together … I was just begging her to sleep with me.” Three children and one controversial wedding later, it seems Reynolds’ “begging” worked.