Friday is here, which means two things: Firstly, it’s the end of the week. Secondly, it’s time for International Insider, your blast of all the global film and TV news you need to know from the past seven days. Jake Kanter here, guiding you through the headlines live from your inbox. As always, get in touch with feedback or stories on [email protected] And sign up here to get this delivered every Friday. 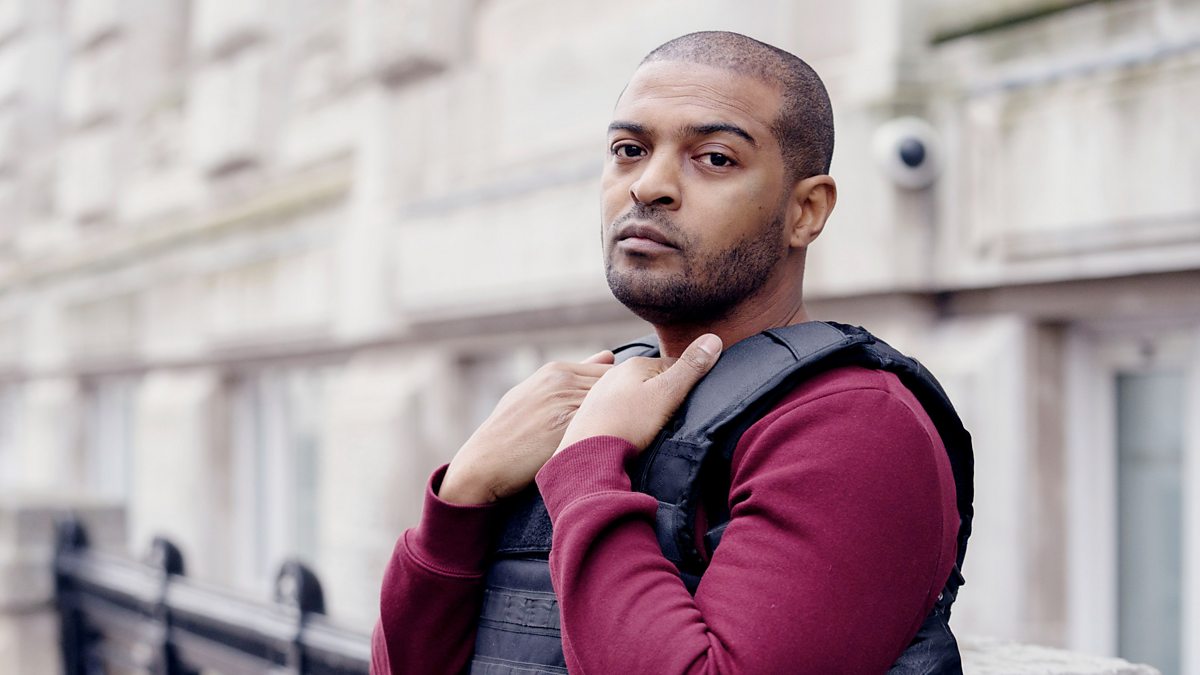 Allegations surface: The Guardian published a thunderbolt of a story on Thursday night about Noel Clarke, in which 20 women leveled allegations of misconduct against the Bulletproof and Adulthood actor. The deeply reported investigation features various accusations — some from women on the record — about sexual harassment, unwanted touching, taking and sharing sexually explicit pictures and videos, and bullying. Clarke emphatically denies the allegations and his lawyers sent The Guardian a 29-page letter rebutting every claim bar one, in which he admitted to apologizing to former colleague Helen Atherton for making “numerous” comments about her buttocks.

A typical story: You should read The Guardian piece in its entirety, but I thought I’d spotlight one story featured. Norwegian film producer Synne Seltveit told the newspaper that, after being introduced to Clarke at Soho House in 2015, she attended a party with him, at which she claimed that he smacked her backside. She later sent an email expressing an interest in working with Clarke in the future, to which he reportedly replied, “Would love to work with you one day,” and in a second email, “Also. Sent you some Snapchats. Have a look.” Clarke had sent her a picture of an erect penis, according to a copy of the message reviewed by The Guardian. Clarke’s lawyers deny he slapped Seltveit’s buttocks and said it was “highly unlikely” he shared the so-called “dick pick.”

Clarke’s apology and denial: In a statement to The Guardian, he said: “If anyone who has worked with me has ever felt uncomfortable or disrespected, I sincerely apologise. I vehemently deny any sexual misconduct or wrongdoing and intend to defend myself against these false allegations.”

BAFTA caught in scandal: BAFTA suspended Clarke’s membership and his prize for Outstanding British Contribution to Cinema, but the organization is facing its own questions over its handling of the controversy. BAFTA was made aware of allegations against Clarke 13 days prior to handing him the outstanding achievement gong at its Film Awards earlier this month. BAFTA said it received “anonymous emails and reports of allegations via intermediaries,” but lawyers for the charity told The Guardian that not enough evidence was provided for it to act on the claims. In a letter to members today, it held this line of defense, pointing out that it received “no names, times, dates, productions or other details.”

BAFTA’s position in one sentence: “We very much regret that women felt unable to provide us with the kind of firsthand testimony that has now appeared in The Guardian. Had we been in receipt of this, we would never have presented the award to Noel Clarke.”

Other fallout: We revealed today that Sky has halted all work with the actor, including on Season 4 of hit drama Bulletproof. CAA has dropped Clarke, as have his managers Industry Entertainment and 42. All3Media, which owns 21% of Clarke’s Unstoppable Film and TV, launched an urgent investigation, stating that it has a “zero tolerance approach to abuse, bullying and harassment.” And there’s more to come, with ITV set to make a decision over whether it will tonight air the final episode of Viewpoint, in which Clarke plays a surveillance detective. 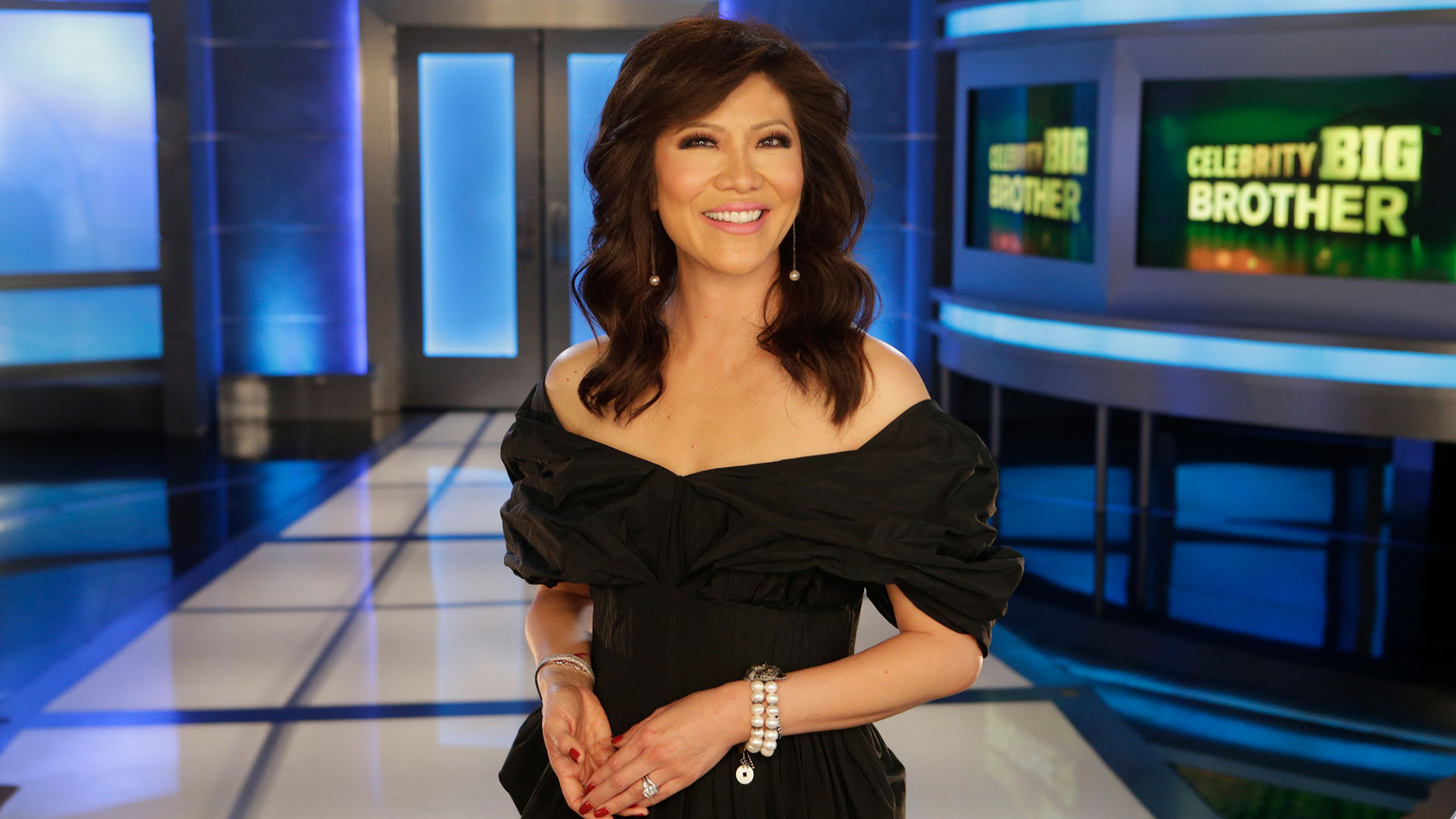 Super-producer scoop: I’ve obtained figures that offer a first glimpse into Banijay’s trading performance after it completed the $2 billion acquisition of Endemol Shine Group. The bad news for the world’s largest independent producer is that its EBITDA dropped 13% from €385M ($466M) in 2019 to €334M last year during the turbulence of the pandemic. The better news for Banijay is that its performance compares favorably to the profit hits experienced by rivals, including ITV Studios (-43%) and Fremantle (-39%). Sources said the Big Brother group’s non-scripted strengths helped stand it in good stead after drama was hit hardest by the production hiatus. Go deeper. 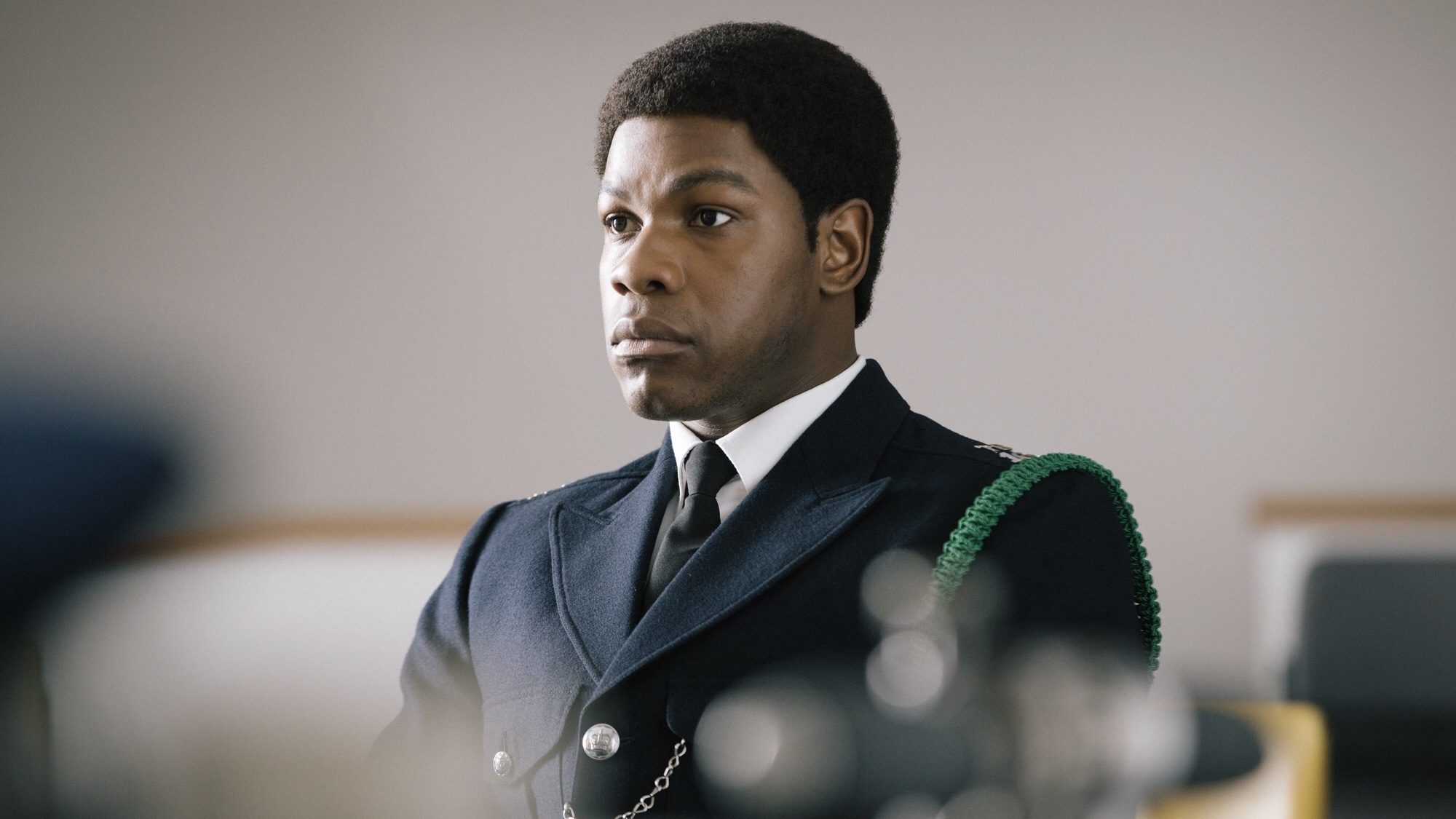 Hot the heels of the Oscars, BAFTA unveiled nominations for its TV and TV Craft Awards on Wednesday. After BAFTA received entries from 92 different shows (up from 84 last year), it was a good day for 12 Years A Slave director Steve McQueen, who dominated with 15 noms for his BBC/Amazon anthology series Small Axe (pictured). Closest to Small Axe was The Crown, which featured 10 times, while other well-represented shows included I May Destroy You (justice for its unfathomable Golden Globes snub) and Normal People. As for the networks, it was the usual story of domination for the BBC, which notched an impressive 104 noms, while Netflix is up for a record 25 prizes. Full nominations here.

The snubs: Netflix’s The Crown may have garnered double-digit noms, but none of them were for Olivia Colman, Gillian Anderson, and Emma Corrin, who played Queen Elizabeth II, Margaret Thatcher, and Princess Diana respectively. The snubs were all the more notable given that all three were Golden Globe-nominated, while Anderson and Corrin were victorious at the Hollywood Foreign Press Association prizes. Other surprises included the absence of David Tennant for his role as serial killer Dennis Nilsen in ITV series Des, while critics also felt that shows including ITV/AMC drama Quiz and The Salisbury Poisonings were unfortunate omissions.

A physical event? The TV and TV Craft Awards themselves take place on June 6 and May 24 respectively, but BAFTA would not be drawn on plans for the ceremonies. The UK government is aiming to allow indoor events from May 17, meaning it should be possible to put bums on seats. “We want to make them as interactive and inclusive as possible, whether people are in the studio or via Zoom,” said BAFTA Television Committee chair Hannah Wyatt, suggesting that BAFTA is not going to follow the Oscars in banning Zoom acceptance speeches.

BT Sport On The Block 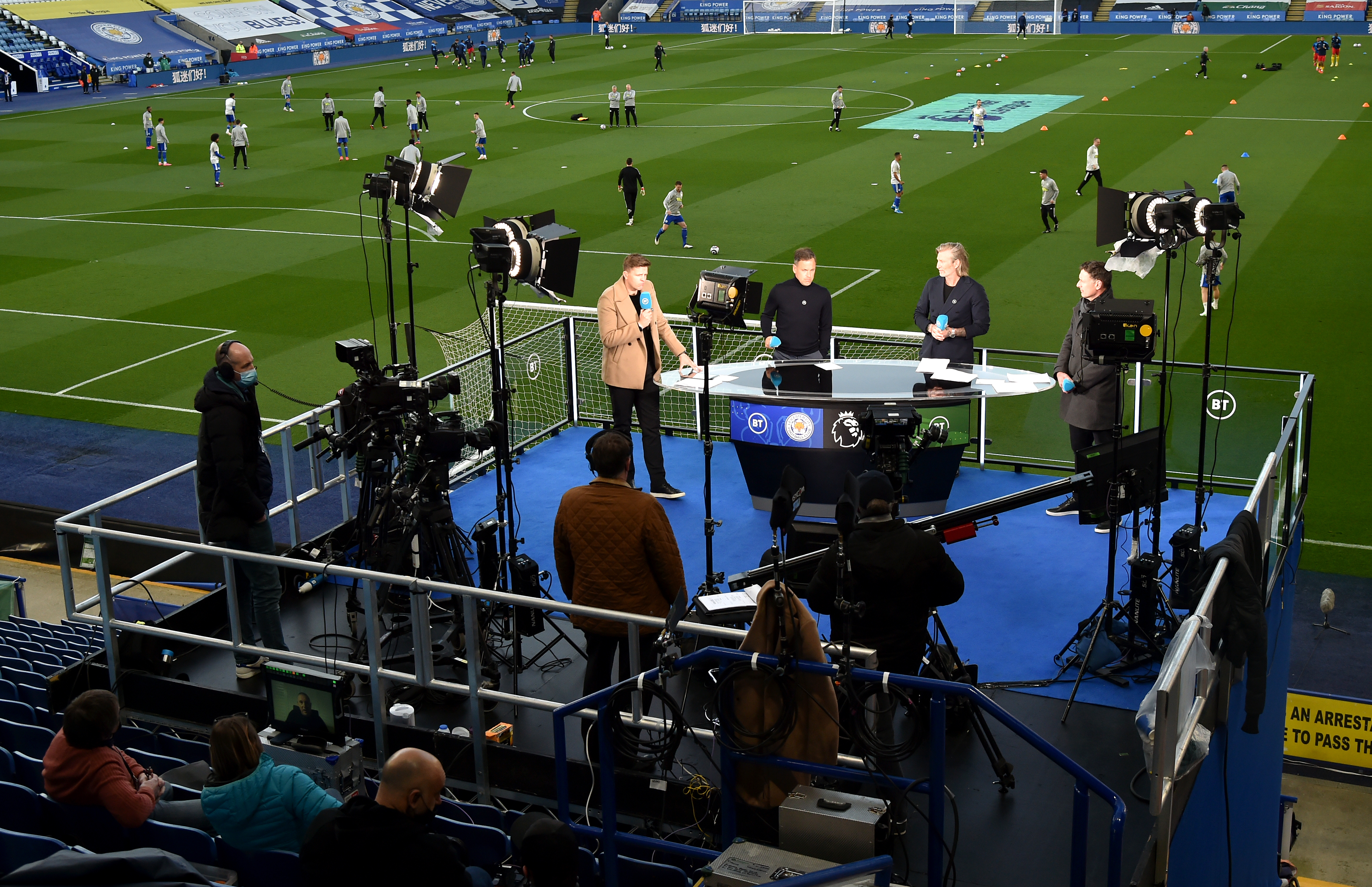 The bidding for BT: Sports broadcasting could be set for a big shakeup in the UK after telecoms giant BT confirmed to shareholders that it is planning a partial sale of BT Sport, which holds rights to blue-chip sports events including the Premier League and Champions League. The company is in talks with a “number of select strategic partners,” including Amazon, Disney, sports streamer DAZN, and ITV, according to the Daily Telegraph. None were commenting when approached by Deadline.

The case for the buyers: Amazon, of course, already broadcasts a small number of Premier League games in the UK. It could certainly afford BT Sport, but it would be a big change of gear for a streamer that has so far only nibbled at the edges of sports rights in the UK. Disney would be more of a shock after its failed experiment with ESPN, which launched in the UK with Premier League rights in 2009, only for those rights to be snatched away three years later by, you guessed it, BT Sport. DAZN is seen as the most genuine contender for BT Sport. The streamer, which is bankrolled by billionaire Len Blavatnik and chaired by former Disney executive Kevin Mayer, has become a disruptive force in the sports arena and has done little to distance itself from the idea it would like Premier League rights.

The bottom line: A sale of BT Sport will not be straightforward. There are questions over the value of sports rights amid the pandemic, while it remains a precarious business, with broadcasters at the mercy of rights holders. In a sign that the clamor for the Premier League is not what it once was, the league wants to roll over existing live TV broadcasting deals with Sky, BT Sport, and Amazon. 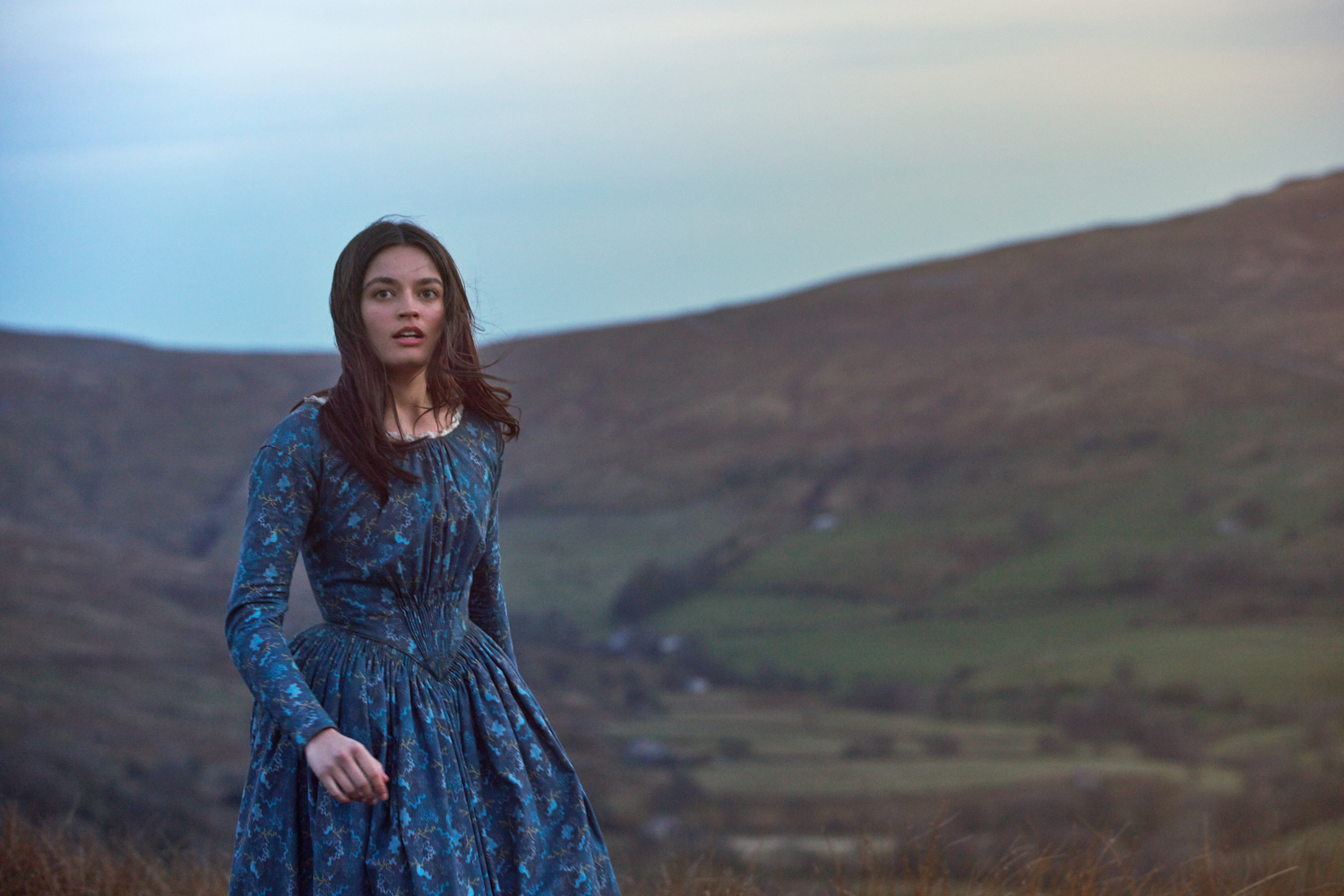 📽️  In the frame: Above is your first look at BAFTA-nominated Emma Mackey as Emily Brontë in UK feature Emily, the origin story biopic of the Wuthering Heights scribe. Go deeper.

😞  RIP Charles Beeson: Tributes were this week paid to Charles Beeson, the British television director who helmed episodes of The Mentalist and worked on the upcoming adaptation of Around The World In 80 Days. Friends say he died of a heart attack. Read our obit.

🚚  On the move: Former Focus Features president Robert Walak and veteran producer Alisa Tager have joined the executive team at Anonymous Content as presidents of AC Studios. Nancy had the scoop.

🎦  Trailer dash: Brazilian production and distribution outfit Elo Company has unveiled a first look at its new documentary feature You Are Not A Soldier, which has its world premiere at Hot Docs this week. Take a look.

📺  One to watch: Disney+’s grown-up service Star is premiering Oscar-winner Nomadland in the UK and Ireland from today. It’s available to subscribers at no additional charge before it hits cinemas on May 17.

Tony hops to Greggs: Anthony Hopkins’ no-show at the Oscars on Sunday raised eyebrows, not least because he was the final winner in a ceremony that was seemingly designed to climax with a posthumous gong for Chadwick Boseman. Hopkins was unable to attend because he’s currently in his homeland of Wales, where he reportedly swapped the glamour of Hollywood’s prestigious Academy Awards for a trip to his local bakery chain, Greggs. Yes, The Sun spoke to locals of the coastal town of Llantwit Major who spotted the acting great purchasing a £1.60 steak bake. After scoffing his pastry goody, Hopkins did eventually get the chance to accept his second Oscar. Perched over a sweeping valley, the 83-year-old told his Instagram followers that the accolade for his performance in Florian Zeller’s The Father was an unexpected honor. Later in the week, Hopkins doubled down on his celebrations by inviting Salma Hayek round for a dance. Long may this eccentric Brit keep shuffling! The full Oscar winners list is here.