[Editor’s note: The following contains spoilers for the series finale of “Into the Badlands.”]

Imagine “Deadwood,” but with kung fu. That was the pitch “Into the Badlands” creators Al Gough and Miles Millar made for a potential spinoff for their fan favorite series, which aired its final episode this week.

Gough and Millar learned during production on the first half of Season 3 that this would be the final season of their complex and fascinating post-apocalyptic martial arts drama, which concluded Monday after an epic battle featuring the show’s primary characters. But the creators had plans for a spinoff, which led to the events of the series finale, in which Sunny’s baby Henry survives and the Widow is with child.

“The spinoff would have jumped probably 20 years into the future and it would have been following The Widow and Gaius’s daughter and Henry as young people,” Gough told IndieWire. The project was developed with AMC before ultimately being put aside. “And Bajie (Nick Frost) would have still been around acting as sort of the mentor character. It was more like a kung-fu Western, is how we described it.”

Added Gough, “Bajie would kind of be the combination of sort of sheriff and the mayor and running this town, and obviously, the big threat coming in was that more and more people were getting weapons.”

That follow-up, sadly, probably won’t happen now, but it’s fascinating to consider, especially how it would have incorporated “Badlands’” big series finale moment — the introduction of guns into this feudal land. 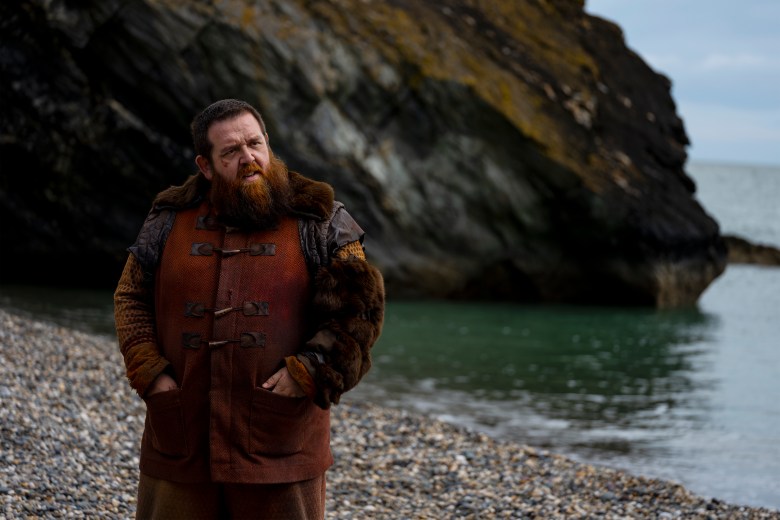 On one level, guns would have been necessary for the Western element — “you couldn’t really do a traditional Western [without them],” Millar said — and also adding guns would have given the spinoff “its own thing that would make it distinctive from ‘Into the Badlands.’”

“It was really covering the ‘whys’ of guns and how that was [going to] become a much bigger problem — and also sort of merging kung-fu with firearms,” Gough said.

An “Into the Badlands” spinoff with guns would make for a notable difference from the original show, which put a heavy emphasis on the martial arts skills of its characters. As Millar said, “I think, as disciplined writers, it’s good to have those boundaries, particularly when you are creating a new world. It actually forces you to be smarter. And it also is an equalizer. Without weaponry, everyone was now equal. It was about skill, rather than having a gun. It made us smarter as well.”

More importantly, the spinoff would have had a much different approach to its storytelling. “‘Badlands’ was more of a journey to enlightenment and a show which, frankly, had a lot of quests,” Gough said. “This [spinoff] was a show that would have taken place in and around a town, it would have been more akin to ‘Deadwood,’ I think.” 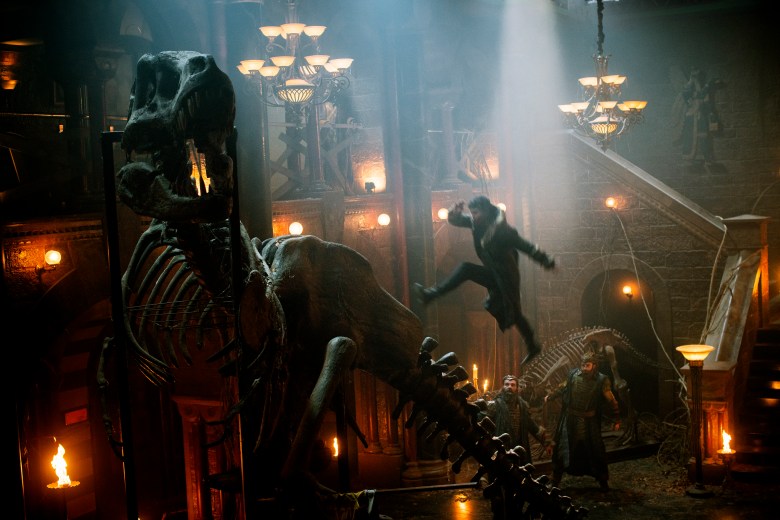 The idea of centering the spinoff around a central town had a budgetary component to it, as Gough said: “How do we do something where we’re not on a quest every week?” But, he added, “we would have built the town out and as the story goes, the world would get bigger. But, it was just an idea of how do you do something where it’s more about stories can cross in through the town, or come through the town, versus ‘They’re off on a journey again’?”

As Millar said, “It’s just really making sure that the spinoff [feels] distinct from the mothership. That they were two separate shows and you could drop into the spinoff without knowledge of ‘Into the Badlands.’ If you’re going to do a spinoff you really need it to feel like its own thing and it has a reason to be.”

“It can’t be overly reliant on the mothership,” Gough said.

As Gough said in the lead-up to the final season, ideas about other ancillary follow-up works are still in the mix. “A graphic novel feels like an obvious choice. But now there could be shorter mediums which could be a potential as well,” Millar said. “In a world of so much content and so many different platforms, there could be, in the future, a market for return to the Badlands. We’re certainly open to it and are exploring.”

Meanwhile, the current ending of “Into the Badlands” includes plenty of loose ends, but Millar and Gough are somewhat content with that. “I think it’s very valid that we don’t answer all the questions, it’s very Badlands that we don’t. It really makes people think about what who they are, and I think it puts the characters in a great place,” Millar said. “I think we answer many, many questions and then we also pose that you’re not always going to answer questions and the future is still to be decided. I really like that as well. I mean, if I were a viewer watching it would I be angry or frustrated with us? Maybe? But I also think it’s very consistent with what the show is.”