No filmmaker in Iran is immune to the pressures of censorship. Movies made in the country must gain approval from the Ministry of Culture and Islamic Guidance not only for distribution purposes but for shooting permits as well. For directors and producers with stories that violate government standards — say, a scene where a woman removes her traditional headscarf, or another violation of Islamic law — the options for maintaining creative freedom are simple: Submit a script with the offending scenes removed, then shoot them anyway. Or hit the road.

Panah Panahi took the second option for his acclaimed debut, but “Hit the Road” is hardly an anomaly. “In a sense the car becomes a second house for us Iranians,” Panahi said in a phone interview with IndieWire ahead of his movie’s U.S. release. “There is a level of security inside the car. That’s why you see so many road films.”

Still, you’ve never seen a road film quite like “Hit the Road.” A bittersweet family drama and thrilling escape story all at once, the movie follows a boisterous family as they make their way to the country’s borders in northwestern Iran under mystery purposes. The whole movie takes place in and around a single vehicle: Farid (Amir Simiar) is a 20-year-old man making his way out of Iran with the help of his doting parents (Hassan Madjooni and Pantea Panahiha) while his six-year-old younger brother causes trouble from the backseat. The movie careens from tragic arguments to slapstick comedy, and even finds room for a mystical dream sequence as the group makes its way to a murky destination.

Panahi’s own father, the revered filmmaker Jafar Panahi, took advantage of the vehicle in this fashion for his wistful 2015 comedy “Taxi,” which the director shot within the confines of a cab as he drove around Tehran. The movie, produced even as the older Panahi had been banned from filmmaking by the Iranian government, won the Golden Bear at the Berlin International Film Festival that year. For the younger Panahi, growing up in his father’s shadow compelled him to make movies with his own distinctive sensibilities even as he gleaned some practical tools for creating unfiltered art in a society that demands compromise.

“I have no choice but to make the films in Iran because I know these people better than I know people anywhere else,” Panahi said. “We were able to make this in peace. We tried to not make headlines with the film so they weren’t sensitive about it. First you make the film, then you think about the issues that exist for it.”

Ultimately, “Hit the Road” didn’t pass muster for Iranian censors, but it didn’t need a domestic release to generate validation for the young filmmaker. The movie was a hit with audiences and critics at Directors Fortnight out of the Cannes Film Festival last year, and went on to gain further appreciation on the fall circuit. All of that came after censors rejected the screenplay for “Hit the Road” outright for obvious reasons: It depicts the very real struggle that many Iranians face when they’ve been accused of violating the country’s religious standards.

“This couldn’t have been more inspired by a real incident,” Panahi said. “Most of my friends have immigrated out of the country, and two or three of them have immigrated illegally. They were the ones who actually mapped out for me how this was done.” 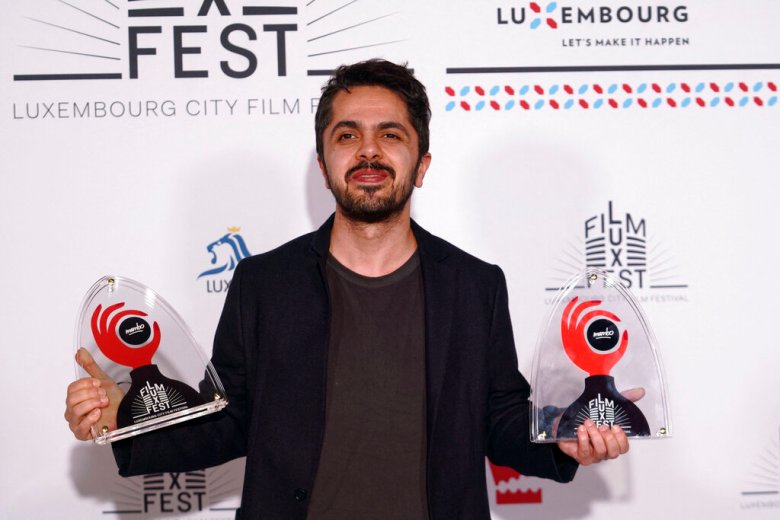 While Iranian cinema has been revered for years due to the likes of Jafar Panahi, the late Abbas Kiarostami, and Oscar winner Asghar Farhadi, Panahi is among the spate of younger filmmakers trying to sort through the challenges of making movies there through the secretive processes necessary to get the job done. Last year’s Berlin-premiering drama “Ballad of a White Cow,” from co-directors Behtash Sanaeeha and Maryam Moqadam, was banned in the country due to a plot that was critical of the country’s execution laws. The plot finds the widow of man who was wrongly convicted fighting for justice after his exoneration, only to become enmeshed with the very judge who sentenced her husband to death.

Sanaeeha told IndieWire that while a version of the script made it past the seven-member committee necessary to gain permission for a shooting permit, the final cut screened for another committee that barred it from distribution. “This second permission is harder than the first,” Sanaeeha said. “It is difficult thing to force. What is clear is that we are not willing to have our films censored on a large scale, nor are we prepared to screen our films at any price.”

In February, the filmmaking pair won the Eurimages Co-production Development Award at the Berlinale to support production of their next project, “My Favorite Cake,” which centers on a middle-aged woman in Iran. They are in the process of assembling additional support overseas, while still battling with censors to make the movie in the country. “Our stubbornness and constant bickering will continue, since we strongly believe that the majority of our audience is Iranian, and it is their right to see our film at a cinema,” Sanaeeha said. “All our humility and sacrifice is towards getting permission to screen our film.”

“Ballad of a White Cow”

But other filmmakers have settled with alternate approaches. For example, the upcoming thriller “Holy Spider,” which premieres in competition at Cannes next month, was shot in Jordan as a stand-in for the city of Mashhad due to the challenges involved in gaining permits for its controversial subject matter. (The cast, however, is entirely Iranian.) While promoting his last film “Border” at the Telluride Film Festival, Abbasi said he was hoping to provide a contrast to Western impressions of Iran’s religious extremism. “You just want to let people know that not all Iranians are like that,” he said. “We’re people, you know?”

“Hit the Road” is now in theaters in New York from Kino Lorber. It opens in Los Angeles on May 6.