The conversation quickly turned to whether or not Johnson would ever answer the burning question many presenters have been keen to answer: How many children does he have? Morgan wasted no time in grilling Duncan Smith over this.

“Are we entitled to know basic facts about somebody who wants to be Prime Minister, about their life and who they are?” Morgan asked and Duncan Smith replied: “I think you’re entitled to ask about it, I think they’re entitled to say to you quite frankly somethings are relevant to their politics.”

“Is it a private matter to know how many children, someone who wants to be Prime Minister has for example? A question he [Johnson] won’t answer,” Morgan continued. Duncan Smith explained: “No, no, I think it’s a reasonable public question, I think most questions are reasonable these days.”

Trying another approach, Morgan said: “Do you know the answer to that question?”

Duncan Smith answered: “No, because I’ve never asked him or anybody else for that matter.”

After claiming it was “weird” that the public don’t know details about Johnson’s personal life, Duncan Smith defended his colleague: “My general view on this, in many senses I do not hold, as Elizabeth the first said, ‘hold windows into mens and women’s souls’. The truth is I want to know what makes you a leader, whether or not you’re capable of doing the job-“

He was cut off by Morgan who insisted: “Many people would say that leadership is about character and about trust, in politics. That we hold our politicians to a higher standard than we hold ourselves perhaps because actually they are democratically elected people and their job is to represent the people of this country.

“He’s avoiding all interviews and sending out guys like you defending him, he’s barely done any interviews. Last night was the first, it looks like he’s hiding and won’t be asked and answer the difficult questions!”

Explaining why Johnson refuses to answer this question, Duncan Smith said it was to do with the process and stages of the leadership race.

“I don’t think that’s the case. This part of the phase is all about the MP’s, when we moved into the public phase, that is where he needs to be on shows like this,” the guest remarked. 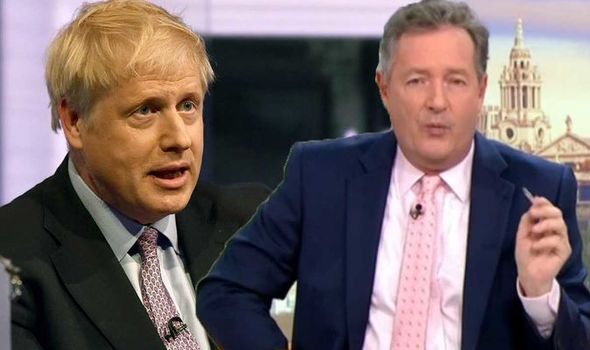 Morgan harboured on: “My only point would be, I totally agree and I’m not being judgmental of Boris, but he should be answering these questions!” And then got his answer from Duncan Smith: “Once he goes to the public vote, he [Johnson] will [answer the questions about his personal life].”

Good Morning Britain airs weekdays at 6am on ITV. 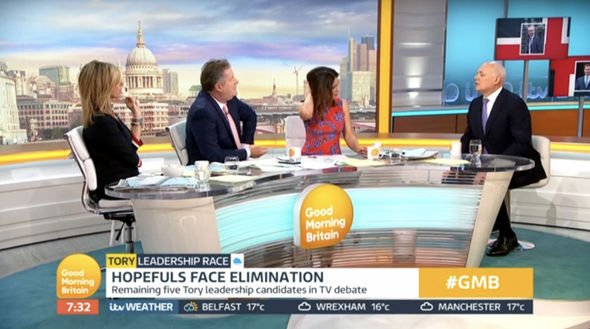