This Morning discussed a new app that has been doing the rounds on the internet recently. Gradient takes a picture of the user and then uses face recognition techniques to determine which celebrity they look like.

Ruth Langsford and Eamonn Holmes were amused by the whole thing as they took their own turns playing with the app.

Eamonn went first, and was revealed to have Leonardo DiCaprio as a lookalike.

Ruth followed suit and the app thought she looked a lot like Mariah Carey.

They got viewers to send in their own lookalikes, but it was Deidre Sanders’ that got a big reaction. 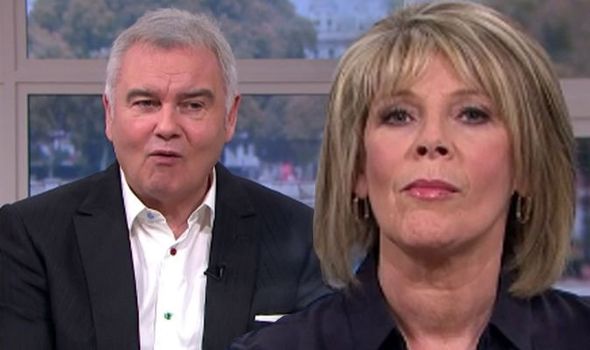 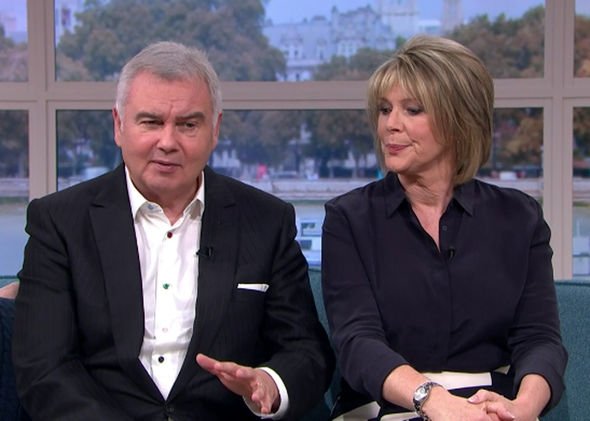 Half way through the show, Eamonn begged his producers to put up Deidre’s lookalike.

However, when it popped on screen, the app thought the long-serving agony aunt held a resemblance to Amazon CEO, Jeff Bezos.

Ruth didn’t find the segment in the least bit amusing and was quick to share her thoughts. 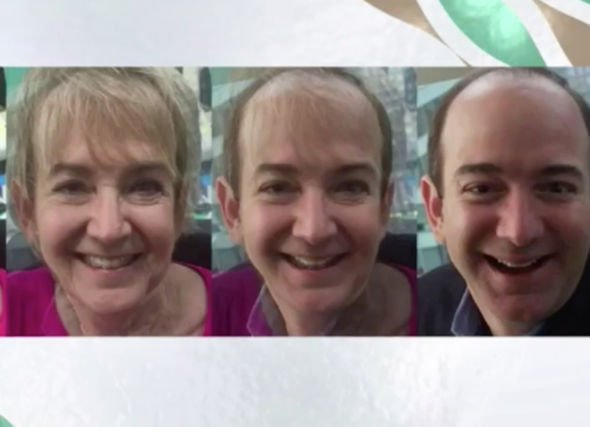 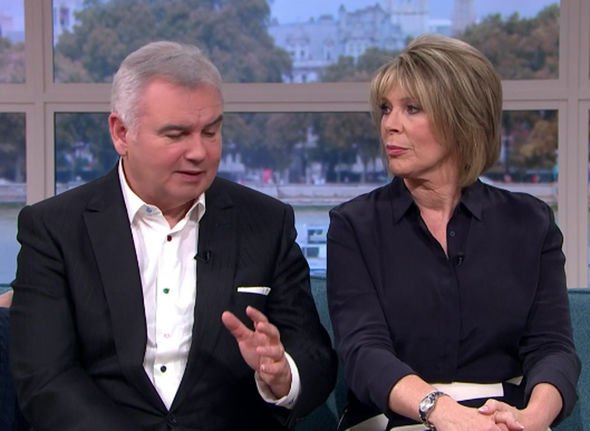 Although Eamonn agreed, he couldn’t help but put a little smile on his face at the whole thing.

Ruth added: “I’m having words with someone… whoever put that up.”

It seemed viewers were having some issues themselves with Gradient as they flocked to Twitter to comment on the app.

A second shared: “Mine was Sharon Stone.Then Cameron Diaz. So far so good. But then… James Earl Jones!! Wtf!?”

Susan Lennon and Vanessa Feltz debated whether the climate change protests have gone too far.

As the discussion turned more heated the Extinction Rebellion representative explained to Phillip how the organisation had tried to get on This Morning before, but were turned down.

Phillip wasn’t happy at the suggestion that his show was behind the travel chaos seen in London yesterday and hit out at Susan.

This Morning airs weekdays on ITV from 10.30am.