David Walliams stars in Jack & The Beanstalk After Ever After

Jack and the Beanstalk: After Ever After is a brand-new story from the mind of comedian David Walliams. The hilarious take on the fairytale will be airing on Sky One tonight (December 23) and Express.co.uk has rounded up everything you need to know about the all-star cast.

Who is in the cast of Jack and the Beanstalk: After Ever After?

David Walliams plays The Giant from the Jack and the Beanstalk fairytale – but with a twist.

Unlike in the classic story, he did not die from his fall off the beanstalk but only landed himself with a concussion.

Explaining why he wanted to adapt this story, Walliams opened up to Express.co.uk and other media in a recent Q&A.

He said: I’ve always loved this story. It’s a British fairytale so it appealed to me because it was one I really grew up with.

“Also I thought there was a real sense of threat and danger because you’ve got a giant in the story.

“And it felt of our time because it’s basically about the idea of humans and giants getting on so it felt timely as a metaphor.”

Walliams is also an acclaimed children’s author, a judge on Britain’s Got Talent, actor, and a comedian known for Little Britain. 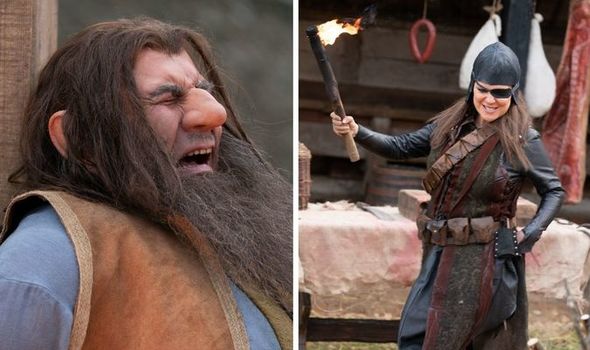 We will use your email address only for sending you newsletters. Please see our Privacy Notice for details of your data protection rights. David Walliams health: ‘It’s been very long lasting’ Star’s condition

The Woman with No Name – Sheridan Smith

Sheridan Smith plays The Woman with No Name who is a famed giant killer.

Speaking at the Q&A, Smith revealed it was a no-brainer when Walliams’ asked her to be involved.

She said: “Always when I read David stories, they’re so brilliant.

“It’s funny on the page so you don’t have to do much work with it really.”

Smith has starred in a number of popular dramas and comedies including Funny Girl, Cilla and Two Pints of Lager and a Packet of Crisps. 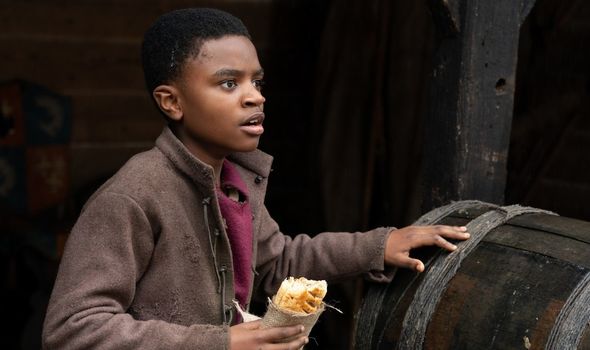 Eddie Karanja plays young Jack in this reimagining of the story who is on a mission to get home.

This is the star’s first on-screen role and Walliams opened up about how great it was to find him when casting the show.

Walliams explained: “You generally have to find people who are not necessarily hugely experienced.

“He wasn’t but he was instantly very lovable and got you rooting for Jack in the story.” 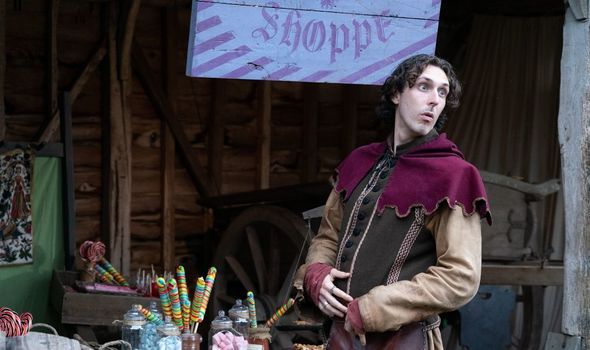 The actor explained: “Dodgy Dave says it all doesn’t it? He’s not exactly going to be the most honest guy in the world.

“I wouldn’t personally buy anything from Dodgy Dave, but I thought it was just a lovely little spin on the guy that sells Jack the beans.”

Harrison is best known for his role in The Inbetweeners as Neil but he’s also appeared in A Very English Scandal and World on Fire.

Ashely McGuire plays Mayoress of the village Jack finds himself in during the fairytale special.

McGuire recently portrayed the hilarious and intimidating Mandy Harris in This Country. 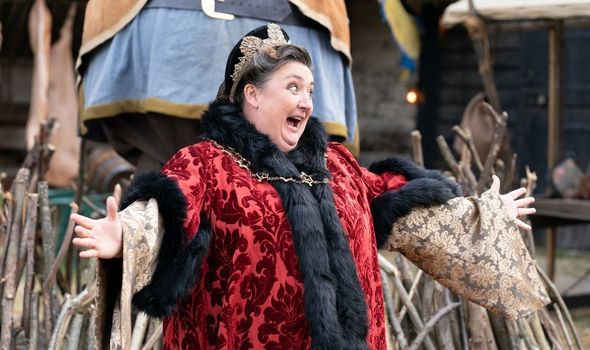 The local baker and angry villager is played by Daniel Rigby.

He has appeared in Flyboys, Big School, Sick Note and Eric and Ernie.

Jack’s mother Pat is played by actress Jocelyn Jee Esien in the show.

She has also appeared in Upstart Crow, Little Miss Jocelyn and The Hustle.

Jack and the Beanstalk After Ever After is on Sky One on December 23 at 8pm.