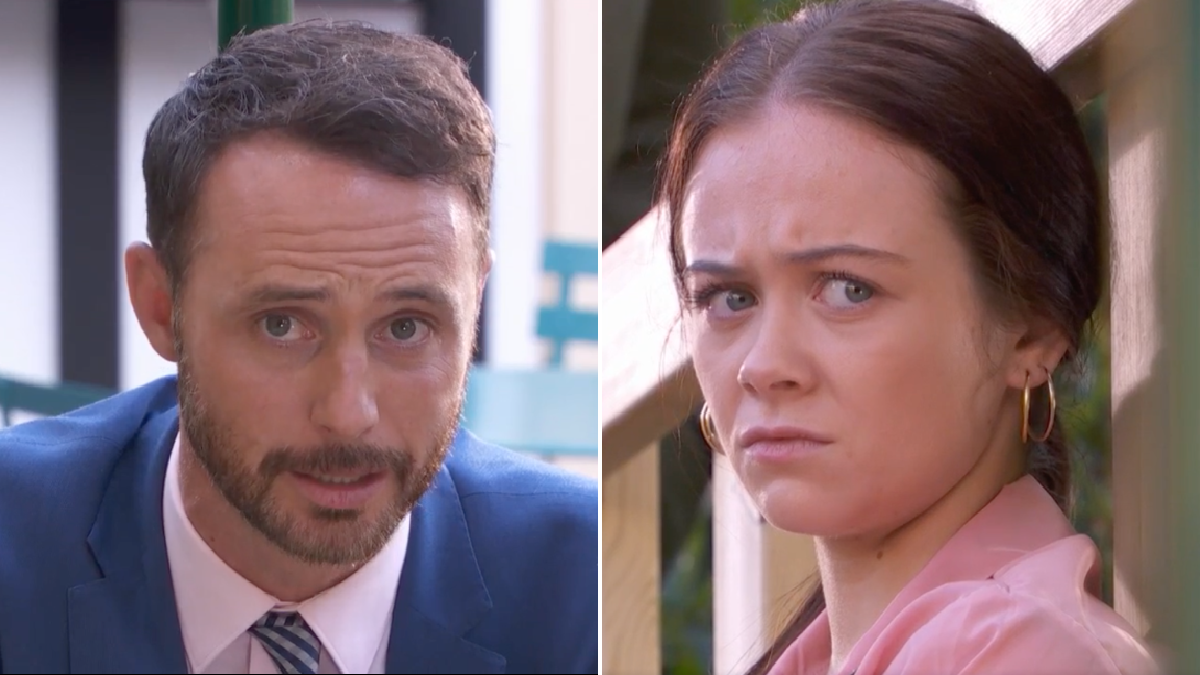 James Nightingale (Gregory Finnegan) saw the error of his ways in Hollyoaks, as he resolved to be a better ally and protect Juliet (Niamh Blackshaw) in wake of her ordeal at Timmy Simons’ (Sam Tutty) hands.

Since discovering that Timmy had been watching her via hidden cameras in her home, Peri Lomax (Ruby O’Donnell) has been incredibly scared.

Juliet attempted to ease her mind, reminding her that Timmy was abroad, but Leela (Kirsty Leigh Porter) soon had news, as she revealed during Friday’s (October 29) E4 first-look edition of the Channel 4 soap that a man using Timmy’s passport was stopped at the airport.

Desperate to protect Peri, Juliet went to James for help, hoping he could use his legal expertise to track Timmy down and end this nightmare. James, however, claimed he was simply too busy to help.

Juliet followed him to The Dog, and discovered that he was enjoying champagne and delighting in the fact that his law firm was going to make more money.

She was appalled, and wasted little time in telling him off for his irresponsible behaviour, reiterating just how terrified she and Peri are after Timmy’s sick actions.

‘Do you have any idea what it means to be a woman?.’ she said. ‘Do you know the lengths we go to to feel safe?’

James, of course, was speechless. Because he didn’t know.

‘Last week, Peri went to Price Slice when it was dark, and she kept me on the phone just so she wouldn’t be alone. Have you ever had to do that?

‘We do it without even thinking. And this isn’t just about me and Peri. This is about every woman. Everywhere.

‘Us girls, we all message each other when we get home from a night out to make sure our mates haven’t been murdered, or raped or both. Have you ever had to live that life?’

James didn’t reply to the question directly, as he knew Juliet was right. He told her as such, realising that his behaviour earlier that day was unacceptable.

Ste Hay (Kieron Richardson), meanwhile, was happy to hear that Juliet did not hold back when speaking to James, and he told her that he hopes she knows that she does have some male allies out there – such as him.

James apologised for his actions, and realised that he was part of the problem.