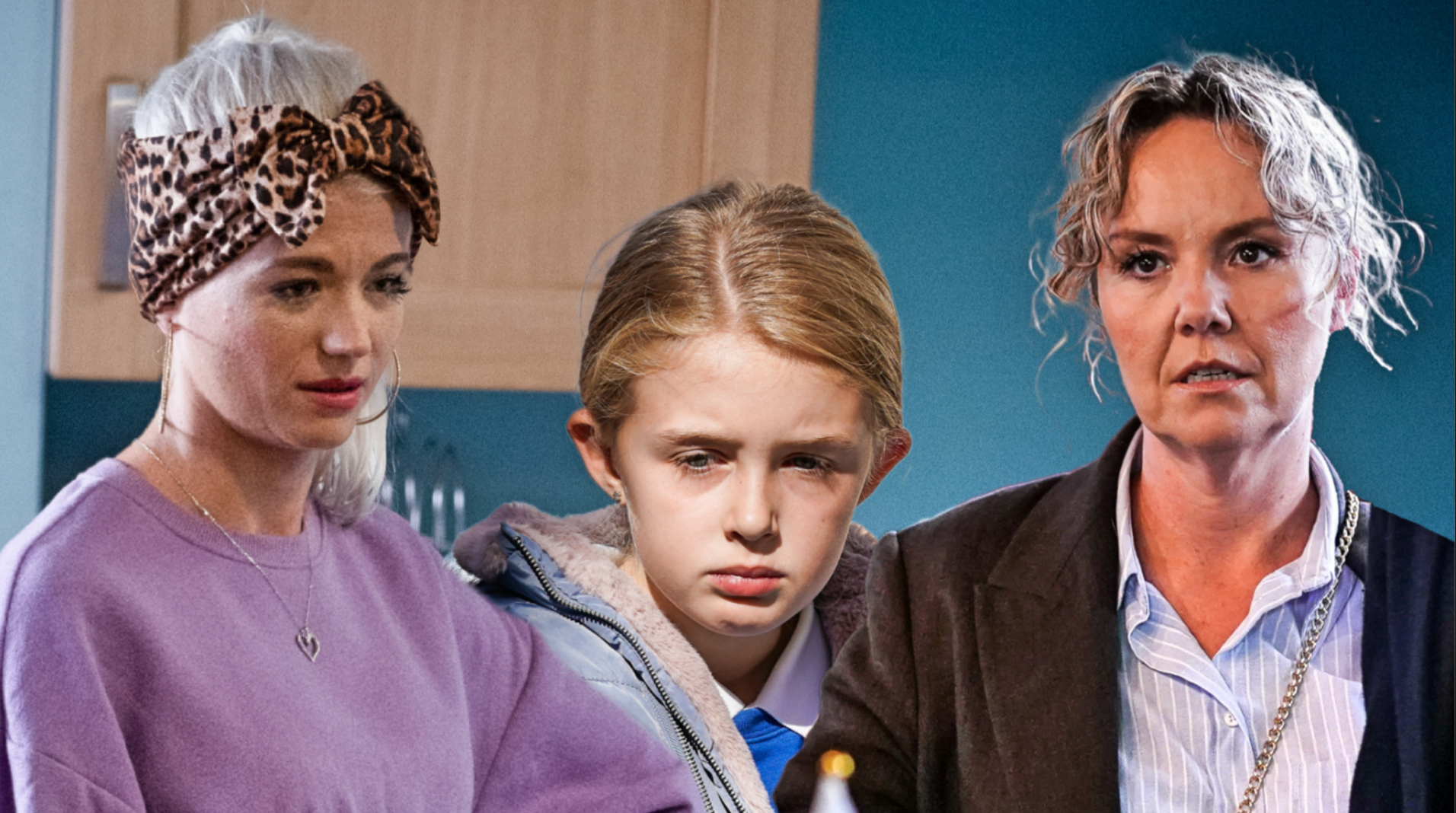 Janine Butcher (Charlie Brooks) sinks to yet another new low in EastEnders next week when she berates dying Lola Pearce’s (Danielle Harold) parenting skills in front of Lexi (Isabella Brown).

Lola, as viewers know, is terminally ill with a brain tumour and is struggling to come to terms with her prognosis.

Next week, Ben Mitchell (Max Bowden) encourages her to tell Lexi the truth, a sentiment which is echoed by Billy (Perry Fenwick) and Jay Brown (Jamie Borthwick), but Lola refuses to do so, storming off.

Ben follows her and piles on the pressure her to tell Lexi her prognosis, reiterating that their daughter will no doubt pick up on it sooner or later.

His prediction comes to pass in subsequent scenes, as Lexi grows suspicious after overhearing a conversation, and thus reads a letter intended for her mum – which details her treatment plan.

Lexi vanishes, and Lola receives a call notifying her that her daughter didn’t turn up for school, which prompts her, Ben and Jay to go out looking for her.

The trio head to the park where they locate Lexi, who reveals that she knows the truth, and thus Lola is left with little choice but to fill her daughter in on her prognosis.

How exactly Lexi reacts remains to be seen, but Lola attempts to cheer her up the following day, taking her out. Things, however, take quite the turn, and Lola is left worried that Lexi is angry at her.

Janine, meanwhile, says some harsh words about Lola’s parenting, and she doesn’t stop there, as the jibes prove persistent!

Lola attempts to defend herself, but will Janine, who’s not exactly known for her tact, back down?