Former reality TV personality Jim Bob Duggar once claimed that his kids weren’t really working when they filmed the family’s TLC series 19 Kids and Counting. But not all of his and wife Michelle Duggar’s 19 children agreed with that assessment. Jill Duggar eventually got a lawyer involved to get the money she was owed for being on the family’s shows.

Back in 2010, the Los Angeles Times published a report about how reality TV shows such as The Real Housewives of New Jersey, John & Kate Plus 8, and 19 Kids and Counting had failed to obtain work permits for minors who appeared on those programs. The shows appeared to be skirting rules about child labor because the young participants were filming documentary-style content and weren’t technically performers.

Jim Bob argued that his family’s show, which premiered in 2008, was a documentary. That meant that his kids weren’t really working when filming took place, he said.

“The appeal of the show is its observational approach to our daily routine, which is the same with or without the cameras,” he said to the Times via email.

The Duggar family earned up to $45,000 per episode of their TLC shows

That money allegedly flowed to Jim Bob rather than to his children, who were arguably the stars of the show. Jim Bob’s estranged son-in-law Derick Dillard has said that for a long time he had his wife Jill believed that TLC didn’t directly compensate the family for being on 19 Kids and Counting and Counting On.

“For a long time, Jill and I were under the impression that the family didn’t make any money from the show, but, rather, it was presented to us kids as something that was done as a ministry that TLC periodically subsidized in the form [of] reimbursements for things like gas, restaurants, travel, etc.,” he explained in an interview with vlogger Katie Joy (via In Touch Weekly).

In her book The Hope We Hold, Jinger Duggar recalled that Jim Bob shared a similar message about the show. Being on reality TV would be “a chance to tell the world about Christ,” he said. But she wrote that being on what was initially known as 17 Kids and Counting was very different than being the subject of the family’s earlier Discovery Health documentaries.

“Nothing could have prepared me for the floodgates that flew open when the show began to air,” she wrote. 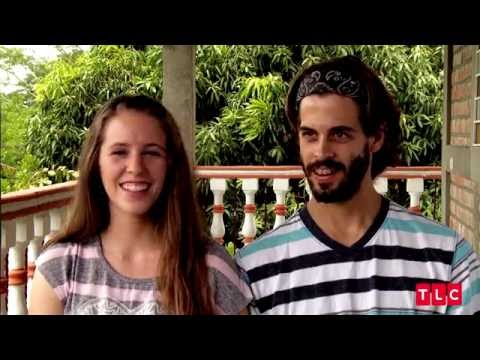 Eventually, Jill and Derick learned that the family hadn’t been filming 19 Kids and Counting and Counting On for free. At that point, they began to fight to get Jill the money they felt she was owed for her work.

“We hadn’t been paid for anything … [w]e ended up getting an attorney involved,” Jill said in a Q&A video shared on YouTube.

While Jill eventually did get a “portion” of the money that she had earned, it wasn’t exactly a life-changing sum, according to Derick.

“It probably ended up being a little more than minimum wage,” he said. “We were able to recover at least something.”