It’s been more than three decades since lothario Dan Fielding (John Larroquette) was on the prowl, but on tonight’s episode of NBC’s Night Court, he gets to experience what it was like to be on the receiving end of his sexy propositions.

When we first reunite with Dan, we learn that the now reformed ladies’ man met a woman who changed his life. Her name is Sarah and she is no longer a part of his life. It is unknown if she died or if they are no longer together, but he always speaks of her fondly. In “Just Tuesday,” Dan can’t keep track of the number of women looking for a private “night court” session of their own.

While Larroquette says though there won’t be much more revealed about Sarah this season, she will be mentioned when Dan remembers her.

“She brought him life, one that he didn’t think was possible for him to have,” he told Deadline of Dan’s relationship with Sarah. “So, once that ended, in my mind, that put the end to all of that looking because he had it,” he continued. “He found somebody who loved him, who he also loved. They had a real relationship and a real life together. And once that ended, that’s fine. I had that and that’s all I need.”

With a single Dan back on his old stomping ground surrounded by women who can’t resist him, Larroquette jokes that Dan getting back into the dating scene “is like using a basset hound to pole vault.”

“The man is 75 years old, nobody wants to see that and I certainly don’t want to play that,” he shared. “So whatever we’ll do in the future about that will always be glancing blows to that sort of homage. We’ve got some young people in this cast who all the stories about the amorous nature of being young and falling in love and having relationships that work and don’t work should be left to the young people, not to the old guy.” 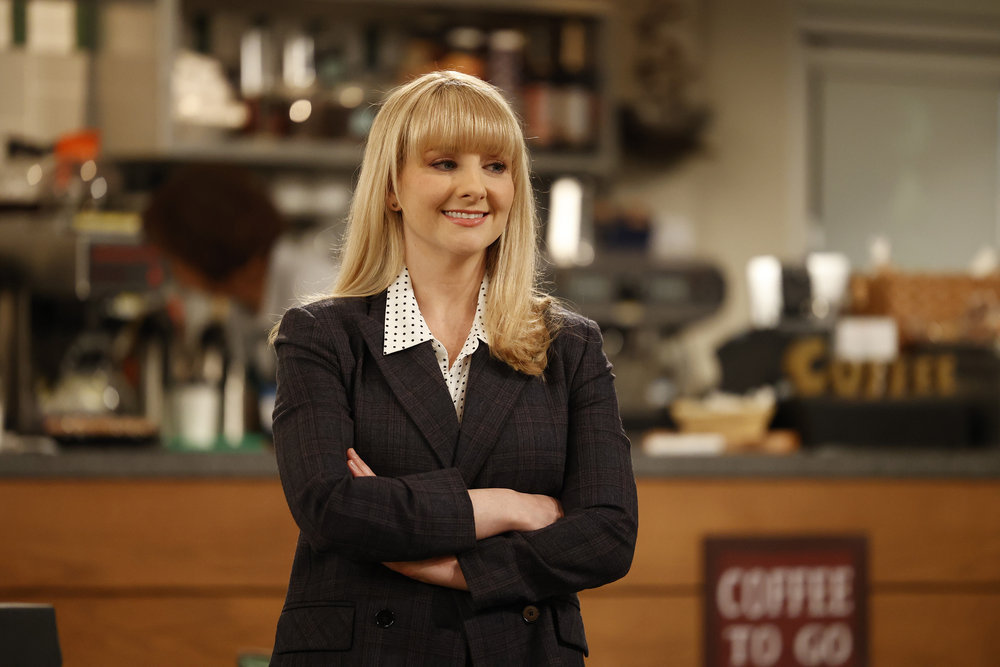 Melissa Rauch stars as Abby Stone, the new night court judge, and daughter of Judge Harry Stone (Anderson). She left her loved ones in Upstate New York to take the gig in the Manhattan criminal court, including her fiancé. As Larroquette mentioned, the “young people” are exploring friendships and relationships including Abby who is spending a lot of time with her clerk, Neil (Kapil Talwalkar).

“She’s very much a country girl and a country mouse that is now trying to become a city mouse. That is not a comparison to my size, though accurate,” joked Rauch. “She’s in this relationship with Rand, which is a part of her life before she comes here and she’s really trying to hold on to that. We hear her talk about him a lot. But as she’s finally finding her footing in New York and realizing what she wants, she’s also coming to terms with what she wants in her relationship, too. And it also sets up a sort of love triangle with Neil and what the potential there could be in his feelings for her—which we will discover down the line and see how that unfolds.” 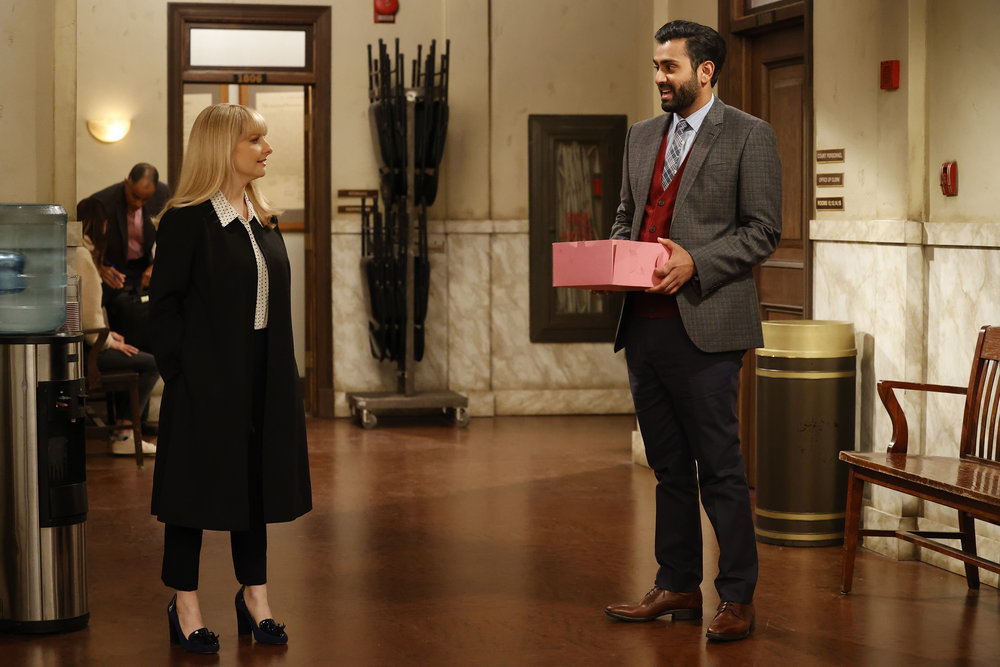 Beyond romantic relationships, at the heart of the series is the relationship between Dan and Abby. When Dan is introduced, he’s kind of a hermit who barely leaves his apartment. Abby, as Rauch explained, is trying to find out who she is and what she really wants. Though the Dan/Abby relationship is a bit tumultuous at times, both fill a void in the other’s life which leads to healing and growth throughout the show’s freshman season.

“They can’t just be this lovely father-daughter surrogate kind of relationship because we need conflict for comedy. In that first scene, he realizes he owes it to Harry’s memory to help Abby temporarily navigate through the miasma that’s going to be New York at three o’clock in the morning,” Larroquette said. “Slowly the rust begins to be chipped away off of him, mainly because of Abby, and then with the other cast members, he begins to have some sort of repartee.”

Adds Rauch, “As much as Abby is reaching out to Dan for that surrogate father-daughter relationship, she also sees that this would be good for him. Abby is a helper but she also genuinely needs a public defender, so she has the idea to go to him not knowing what he’s been up to. It then becomes a mission for her to get him to stay because she sees he needs this and that he would be good at it. As much as it’s always Abby’s mission to help people, it’s important to her that he’s doing okay—the relationship grows from there. And as John said, they’re polar opposites but yet they have this common bond and this common thread and this shared love.” 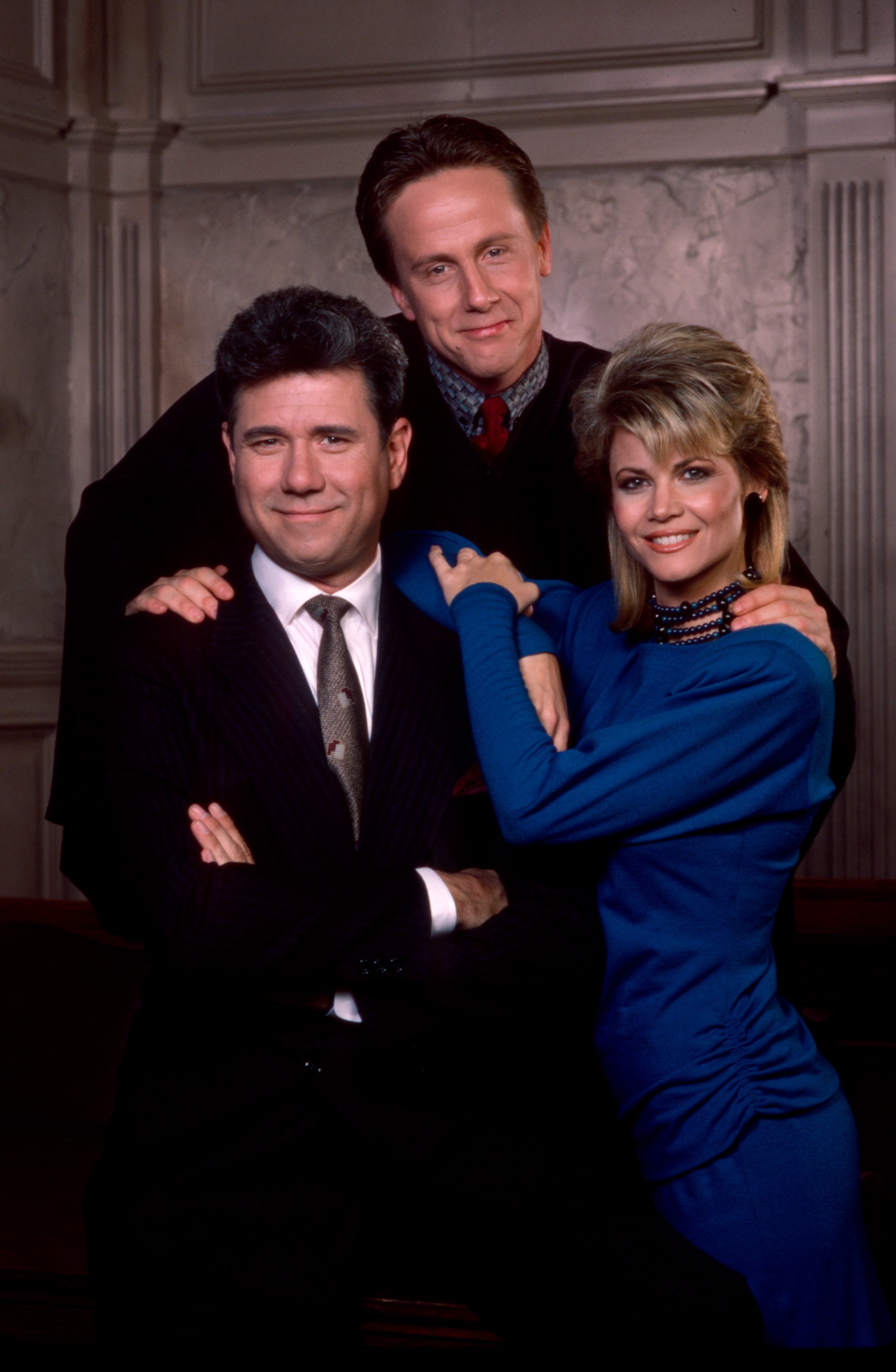 Larroquette shared that after the original series ended, he was offered a spinoff following his character’s adventures, an opportunity he passed on because it would be Dan without the family and relationships that made the show a success. Though originally opposed to returning to the role as part of this new project, Larroquette eventually came around and now not only stars but also produces alongside Rauch.

He recalls going to work on a set quite similar to the original, was not easy for Larroquette—without them.

“It was hard,” Larroquette said of returning to Night Court after having lost multiple castmates who were also friends. “When we first started this, it was only Harry who had passed away. During the process of this and shortly after this, both Charlie Robinson and Markie Post passed away. When Melissa and I began to meet, I couldn’t look at her and go, ‘Oh, you remember when?’ because she hadn’t been there. We did have a couple of people on the crew who were part of the original, so I could give a side glance to Susie or Pixie who could remember. But it was sort of like, I see dead people, but not in a maudlin way or scary way.”

Larroquette also revealed that Dan’s change of job in the revival now puts him at the desk where Christine Sullivan (Post) previously sat which was a sad experience for him. 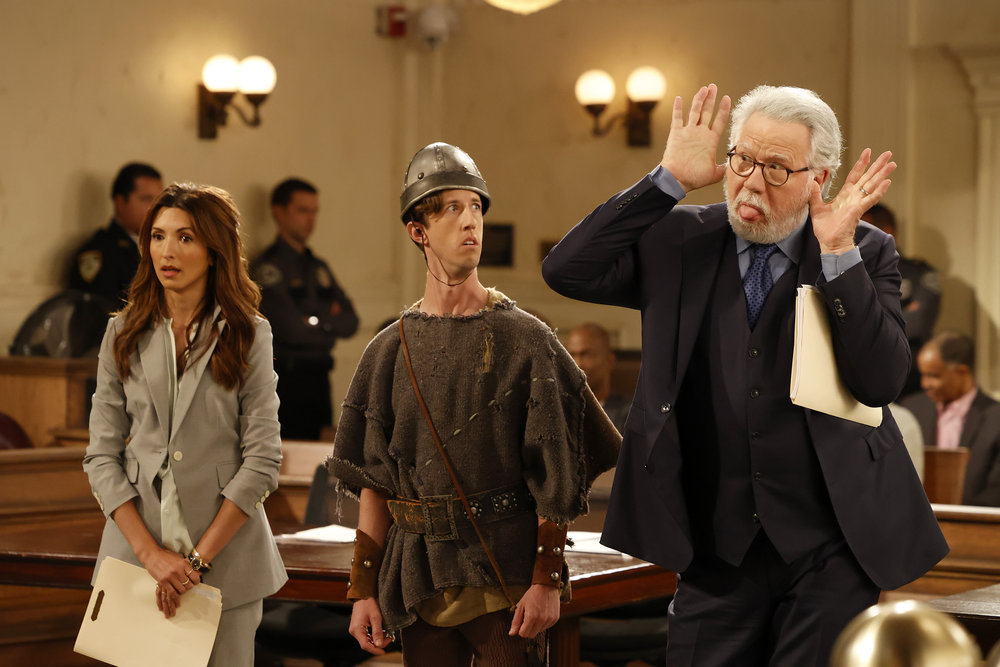 “I’m not going to talk about this much, but I actually had some communication with Markie while in the process of thinking about doing this. She was a cheerleader the whole way about it,” he revealed. “She said, ‘We’ve got to see what happened to Dan.’ So she was a touchstone for me during those weeks and months. It was a long time we danced around this. First Covid stopped us, then I stopped while thinking about who’s gonna want to see a 75-year-old guy in a sitcom? And so we did it and I think we did a very good job— better than good. And I tried to help as much as I could and be as present as I could with this new family. Just look at Melissa, and look at Kap, and India [de Beaufort] and Lacretta who are very, very funny people and they inhabit that place just as beautifully as the original did.”

Stars, Filmmakers, Crafts Pros & Others Share The Joy Of Being An Oscar Nominee