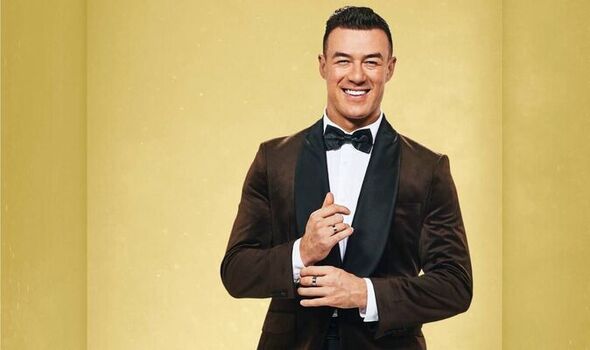 Emotions will be high as they hit the Lancashire dance floor. It was there that at just seven, Kai entered his first Beginners competition – a year after watching the first Strictly Come Dancing series on TV.

He feared his dad Tommy Widdrington, now 51, then a Premier League footballer who played for Southampton, would not be supportive. But he couldn’t have been more wrong.

Kai compared it to Billy Elliot – the 2000 comedy-drama about a working-class boy with a passion for ballet.

He said of Tommy: “He always drove me to Blackpool. My family would always come.

“We would stay in a little B&B and do the amusement arcades.

“Travelling up from Southampton, it was a good five or six hours, but always fun. It’s a real warm, happy moment in my life.”

However, Kai admitted being called to dance the samba while scoffing one of his grandmother’s tuna sweetcorn sandwiches could have put an end to his future career.

Head judge Shirley Ballas, 62, was also seven when she began her career at the seaside resort.

She said: “I love everything about Blackpool, including the lights and the walks along the beach, the people and the nightlife.”

Clutching her mum’s hand as she entered the huge ballroom, an eight-yearold Amy Dowden exclaimed: “Mam, this is better than Disneyland!”

Amy, now 32, said: “I sat in the front row and had to be bribed to leave. It made me realise, this is what I want to do. All these bright coloured dresses and sequins and diamantes.”

Neil Jones, 40, said: “We used to play this game: who can spot the Tower first.