Kate Garraway, 53, was back on hand to host Good Morning Britain alongside co-star Ben Shephard, 45, and amongst the headlines being discussed, the pair spoke about this year’s John Lewis Christmas Advert which had been released. During the show, they were joined by consumer expert Harry Wallop to talk about how relevant festive promotional campaigns were this year following the ongoing coronavirus pandemic. As the trio mentioned several other retail giants, Derek’s, 53, spouse revealed Coca Cola’s offering is “tough” for her to watch as her husband is still in a coma after contracting COVID-19 in April.

“They’re causing a lot of upset from some people as well,” Kate began, adding: “I’m going to say this because I know Ben feels very uncomfortable by it because of my personal circumstance.

“The Coca Cola advert ends with the request that all they want from Father Christmas is daddy home,” the presenter explained.

“Now, obviously, tough for me, tough for other people, and that’s from other adverts as well and it’s a strange situation.

“So much loss, so much fear, so much separation. It’s a strange emotional time for retailers to get right,” the mother-of-two continued.

Ben then asked the consumer expert Harry: “That landscape is so sensitive at the moment, isn’t it?” 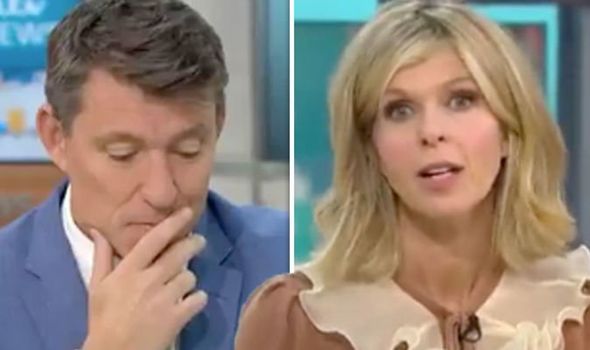 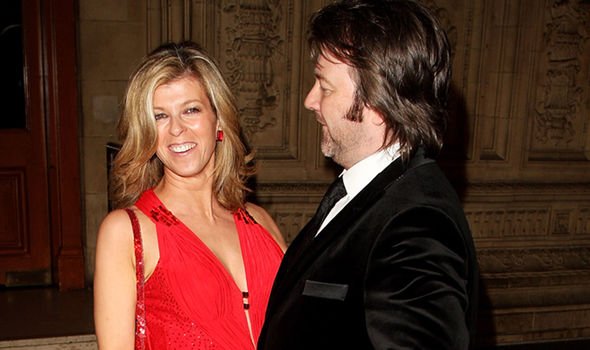 “It used to be very simple. John Lewis set the template to get people to cry and then you would feel an emotional investment in the brand,” Harry explained.

“You feel warm towards the brand and then you might go and spend at the shop. You’re absolutely right, it’s very different and some people adore that Coca Cola advert.

“But it is quite old school in that sense of being cinematic. I feel that it adds a bit of wit,” the consumer expert opined.

Earlier on in the show, Kate had told viewers it had been a “tough week” for her husband’s recovery but she had been blown away by all the support she had received. 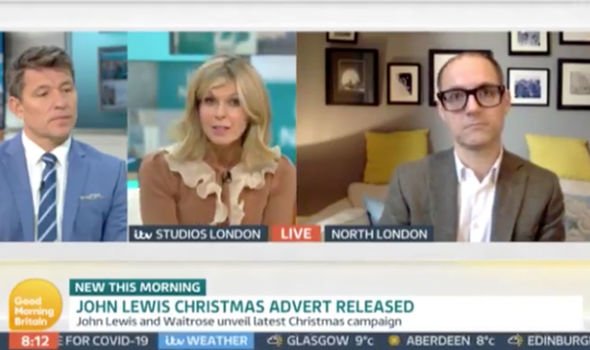 “I haven’t got back to anybody and I haven’t sorted it out yet but it’s just so lovely [to get the support],” the mother-of-two said.

Taking to Twitter, yet more fans of the presenter and viewers offered their praise to Derek’s wife for remaining so strong.

“Kate you have carried on for your precious family throughout this lockdown year. You deserve all the help and love from what has been a very unkind year. We think of your loved one and family,” one wrote.

Another posted: “The support for Kate is amazing, but not surprising she is so amazing lovely kind-hearted and the nation loves her so much.”

Whilst a third added: “Can’t believe how strong you are Kate with everything you have to cope with, really admire you. Stay safe.”

Two weeks ago, the television presenter revealed Derek had spoken for the first time since he was put into a coma since April.

Although he is still in a comatose state, the father-of-two was able to mouth to nurses he was feeling a sense of “pain”.

After 214 days, the political lobbyist’s wife was able to hear her spouse’s strained voice in what was a huge breakthrough for his recovery.

Speaking about the latest developments, Kate explained: “It’s a case of trying to balance belief, hope, optimism with reality.

“But we have had a breakthrough which was both amazing yet ­heartbreaking. It breaks my heart that there may have been times that he’s been in terrible pain and wasn’t able to communicate it,” she told The Sun.

Appearing as a guest on Good Morning Britain a few days later, the mother-of-two said: “I believe he is in there. That’s a long way from who Derek is… but it’s a start.

“I was getting scared because I was thinking how hard must it be for him stuck in there,” she shared with her colleagues.

Good Morning Britain airs weekdays at 6am on ITV.