KIM Kardashian has taken to social media to reveal what she carries around in her travel toiletry bag.

The contents in Kim's, 42, travel-sized toiletry purse has fans completely in shock since many of the items were considered "relatable" and "cheap." 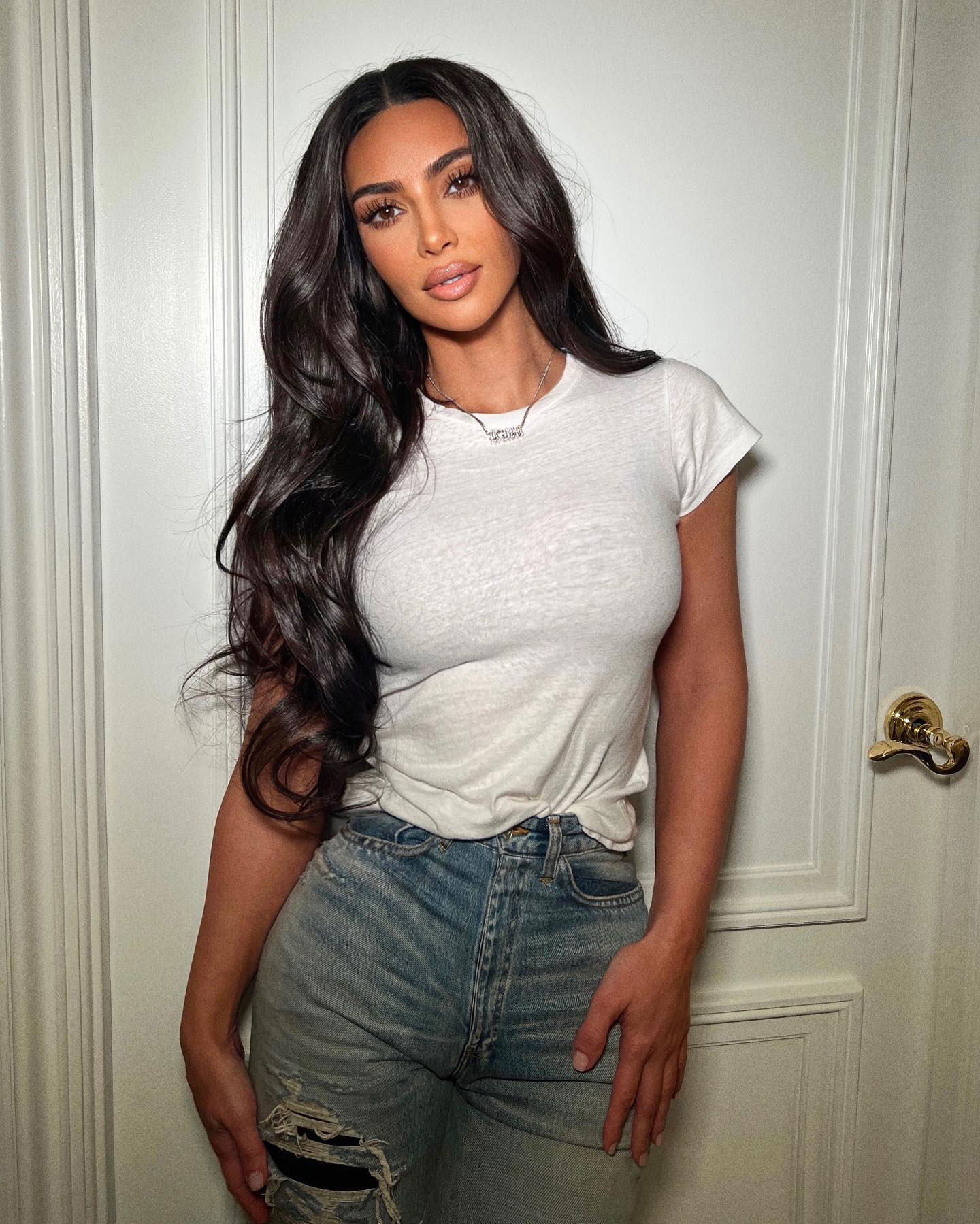 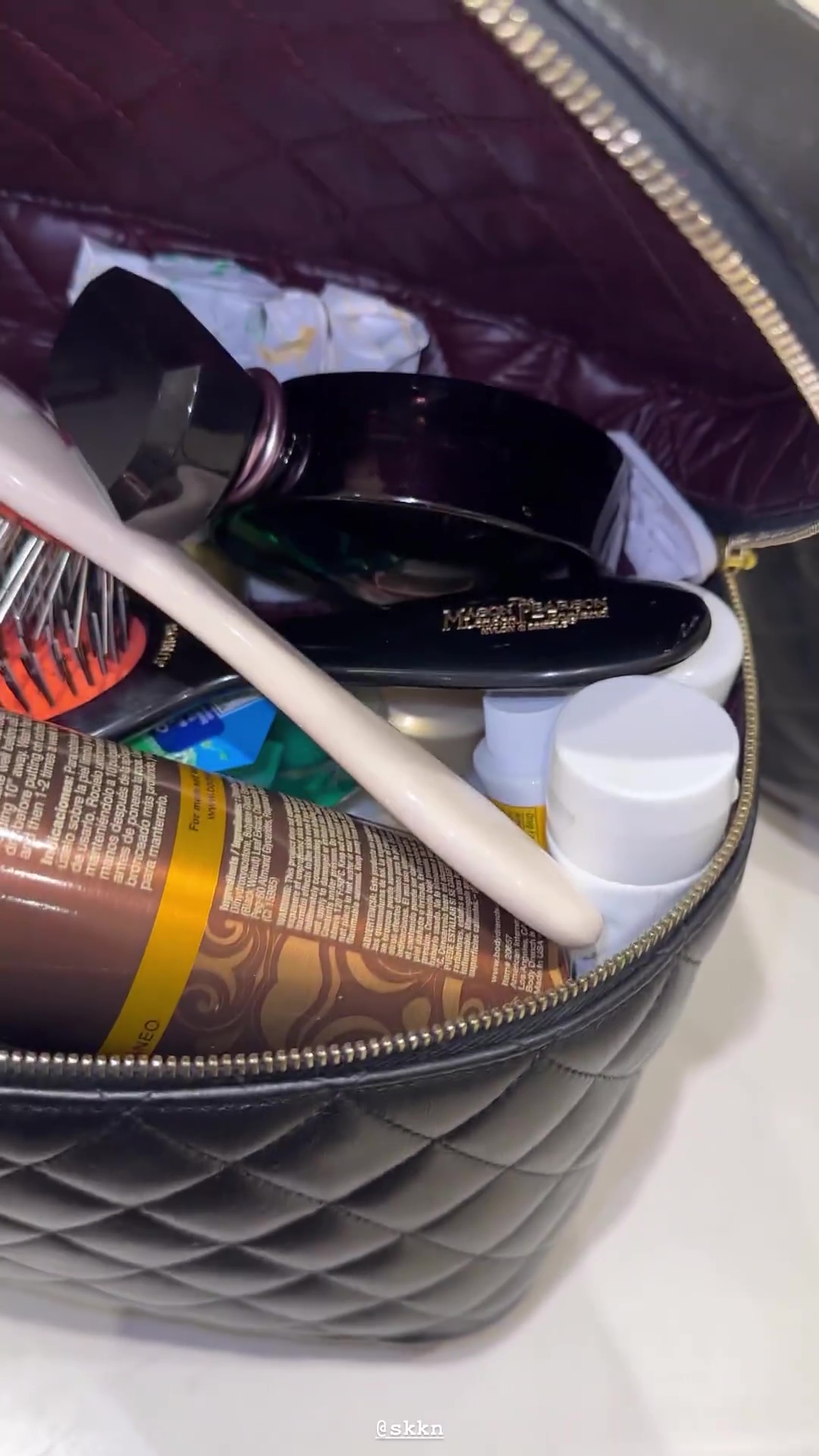 Fans got an up-close and personal look into the Skims creator's traveling zipper pouches after she posted a video of the interior of two of them to her Instagram stories.

The purpose of the SKKN founder exposing the inside of her Chanel toiletry travel bags was in-part to promote the upcoming launch of her skincare company's newest product, the Vanity Bag.

In the clip the businesswoman compared her used designer toiletry bags to the SKKN travel bag, highlighting the differences between each and explaining what was in all of them.

Some of the affordable products that were inside one of the billionaire reality star's mini-purses included Neutrogena makeup wipes, a travel-size version of CeraVe lotion, and Secret deodorant.

The items within the Hulu personality's travel bag can be found at any drugstore or bargain store, like Target or Walmart.

It's sort of surprising that the 42-year-old would have so many lower-priced goods inside of her bag since she was hassled by fans last year for flaunting her wealth.

Many fans have flooded a forum on Reddit to discuss the commodities inside of the Keeping Up With the Kardashians alum's travel purse.

A good deal of fans felt more connected to the A-lister upon seeing that some of the products she used were ones everyday people used as well.

"…CeraVe and Neutrogena wipes? And the deodorant?? stars are just like us," one fan admitted.

A fan responded to the commentor, adding: "I know the deodorant was the first thing I noticed on her story! I was like SECRET? REALLY? Me too lol."

A third contributed: "A cost conscious Queen using CeraVe," and another expressed: "Cerave is just the best. It’s affordable and [has] no dyes and scents."

Some fans found it interesting that Kim even used CeraVe since she owns a skincare line.

One fan noted, "does nothing in her SKKN line cover that!?," and another suggested: "Is this a subtle ad?? CeraVe over SKKN??"

Aside from what was in her bag, the true reason that Kim gave fans insight into her current travel bag was to just demonstrate the superiority of her brand's Vanity Bag.

The entrepreneur captioned: "Introducing the Vanity Bag from @SKKN — a minimalistic, travel-friendly case sized for all 9 skincare products and more." 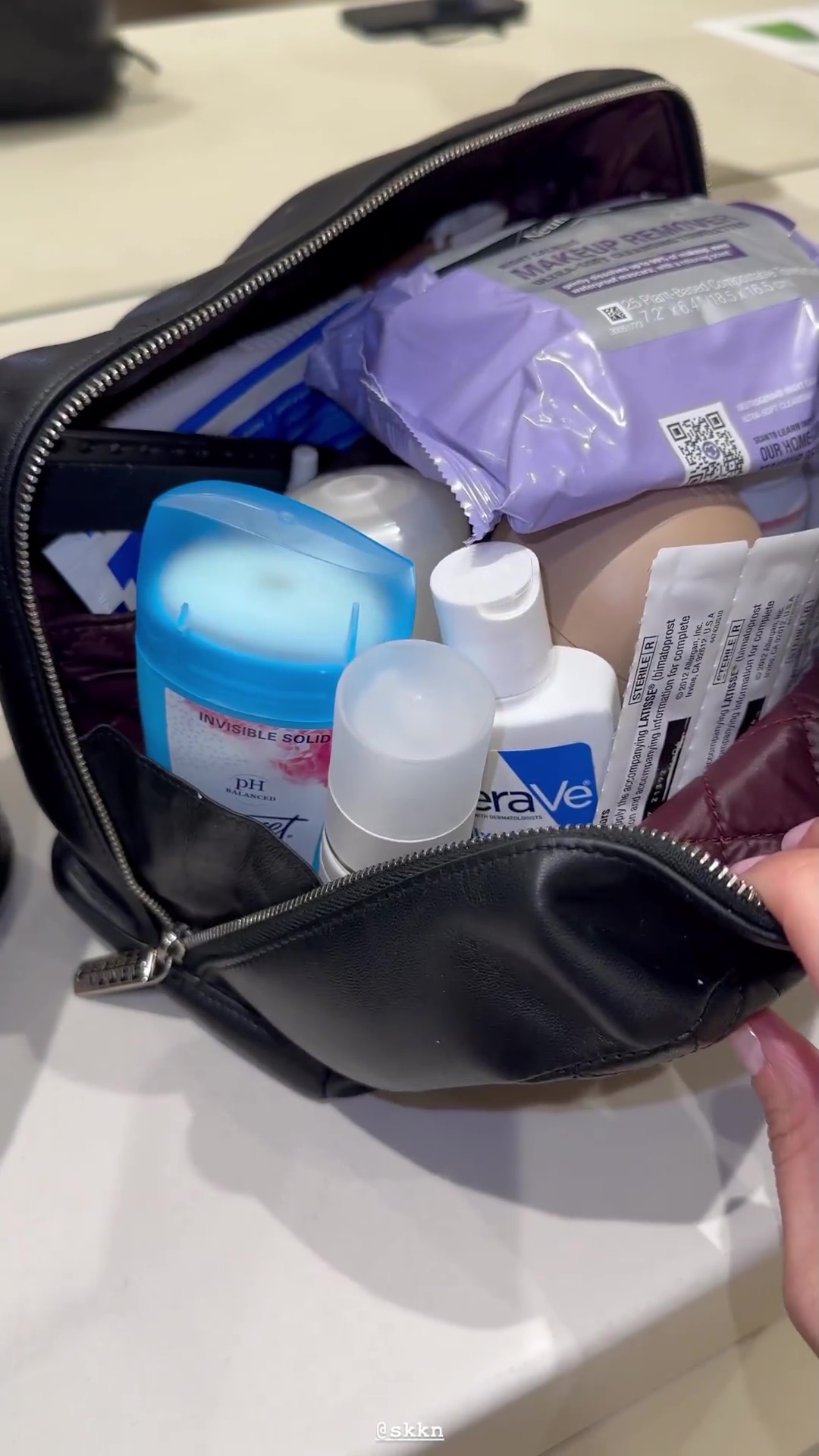 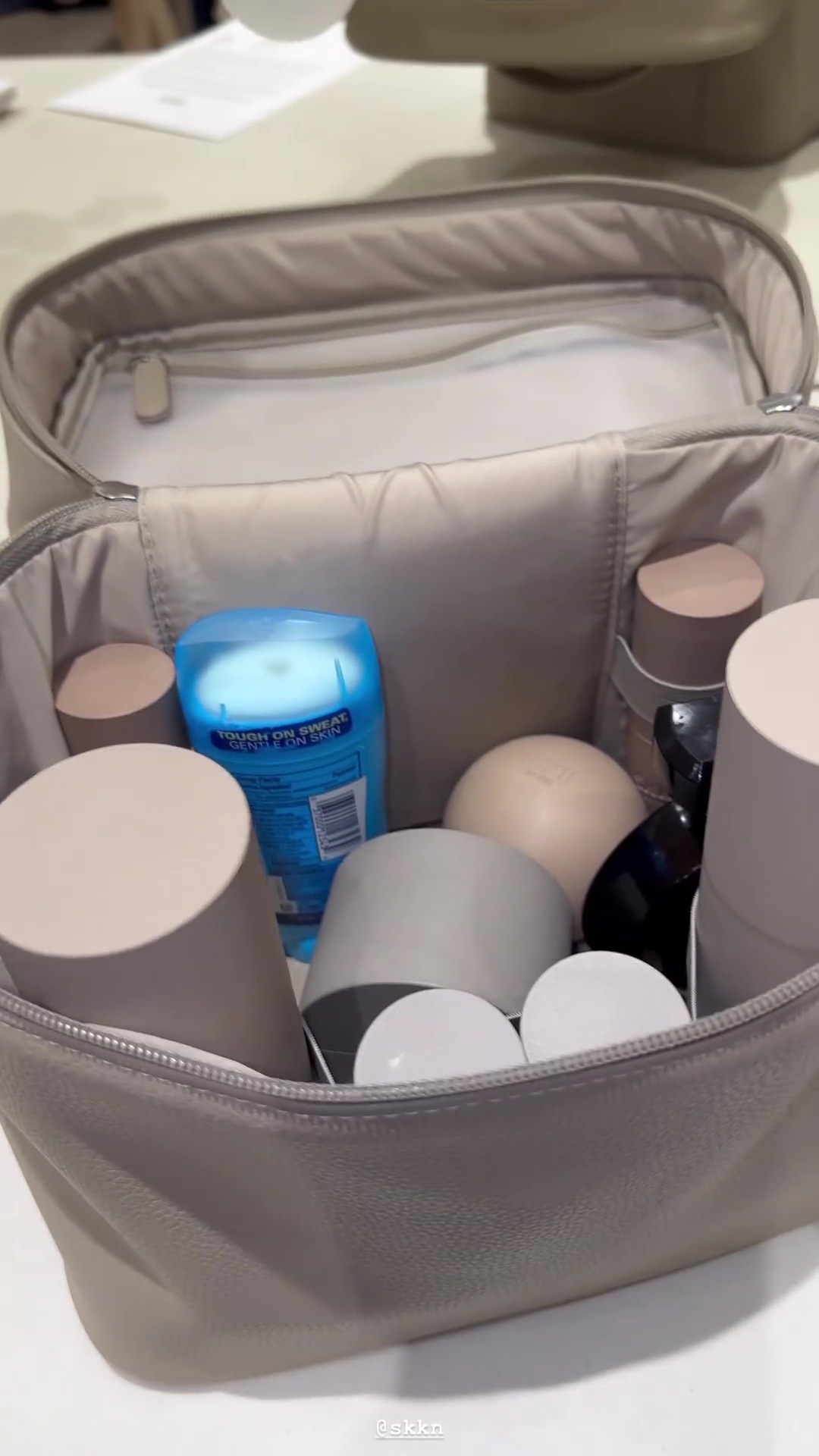 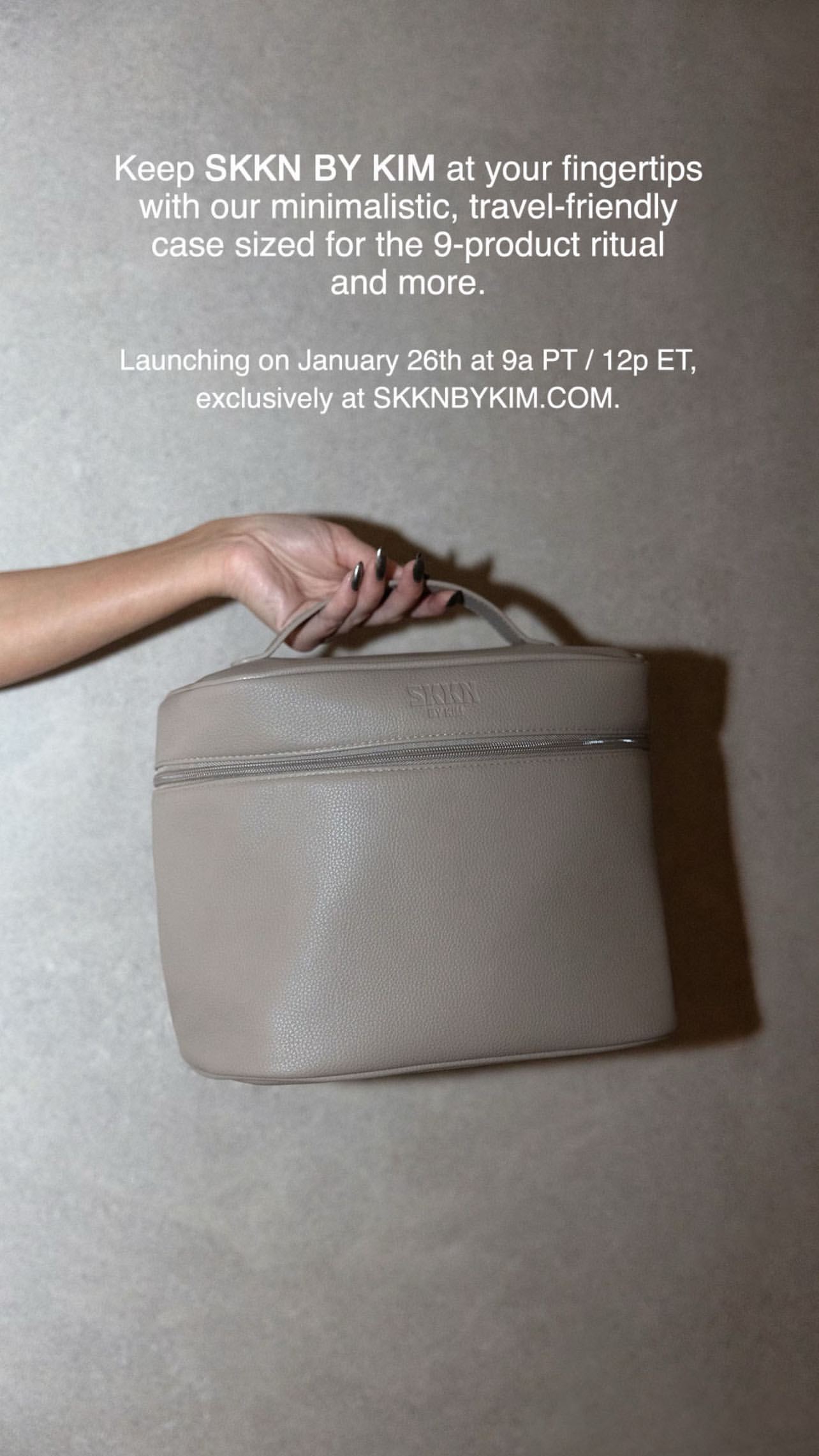