KIM Kardashian stepped out for a late-night McDonald's run in sweatpants.

The outing comes as the Keeping Up With the Kardashians star struggles through from divorce from Kanye West. 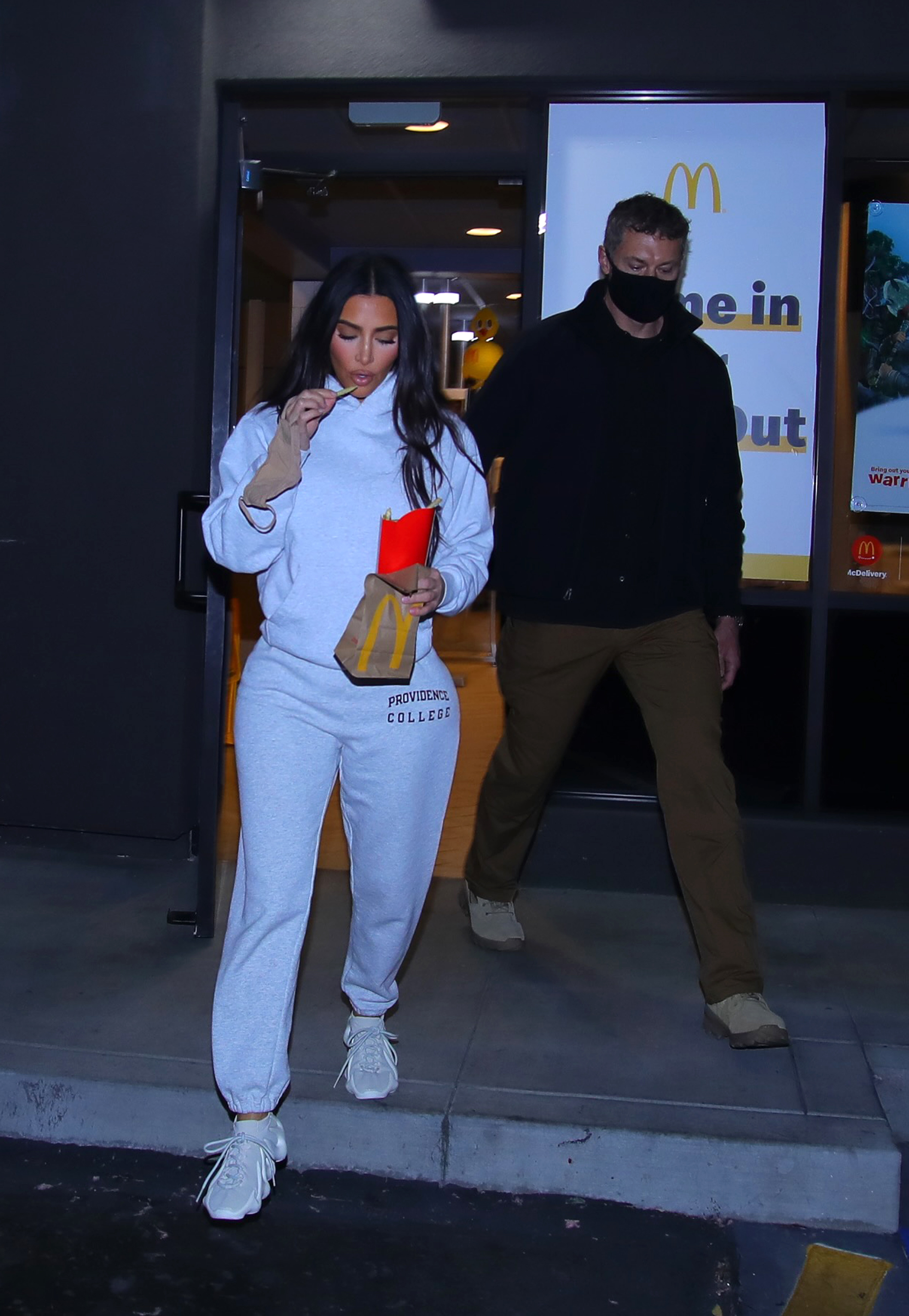 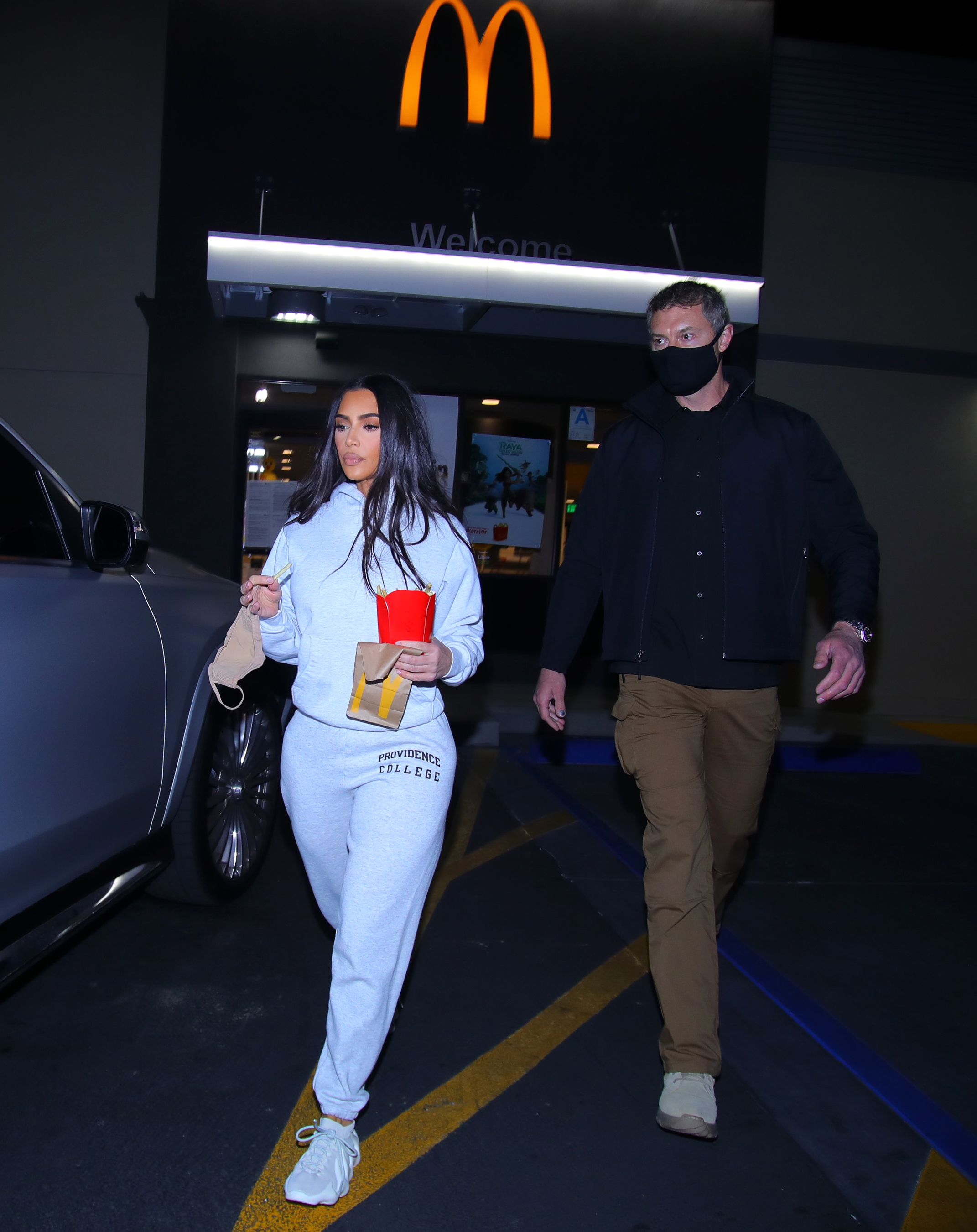 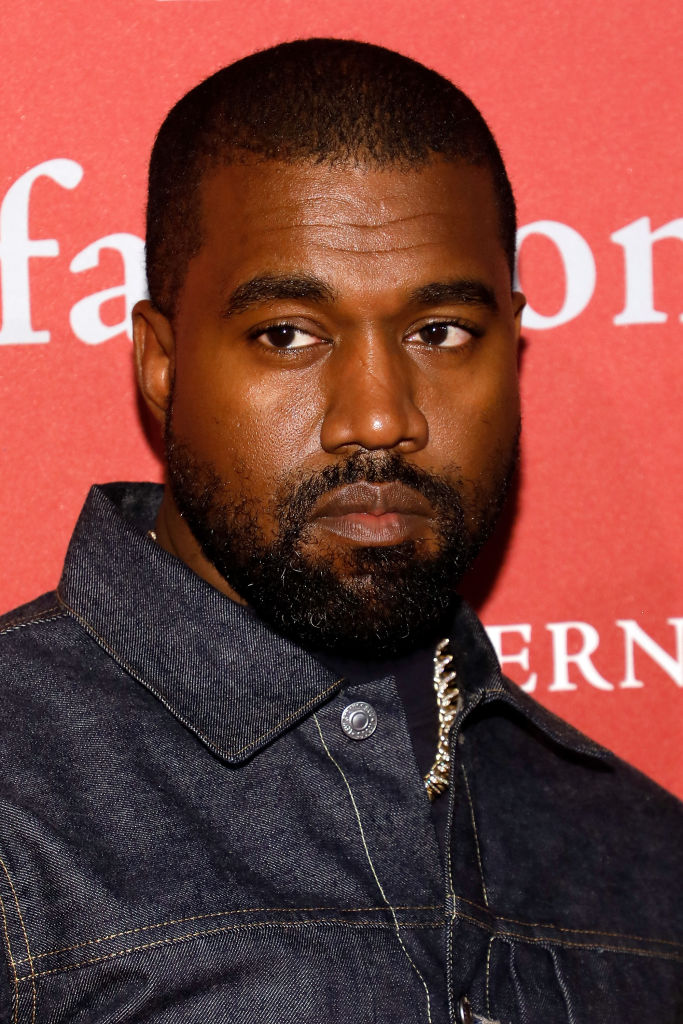 Earlier this week, Kim was spotted arriving at a McDonalds in her new $170,000 Maybach SUV.

Accompanied by a driver, the TV personality stepped out of the car in a baggy white hoody, matching sweatpants and white sneakers.

She wore a tan face mask while walking into the restaurant, though took it off to eat fries as she left the McDonalds and made her way to the car.

In addition to the fries, the 40-year-old held another bag full of food in her hand for her to enjoy later.

The late-night outing comes as Kim struggles through her divorce from Kanye, 43. 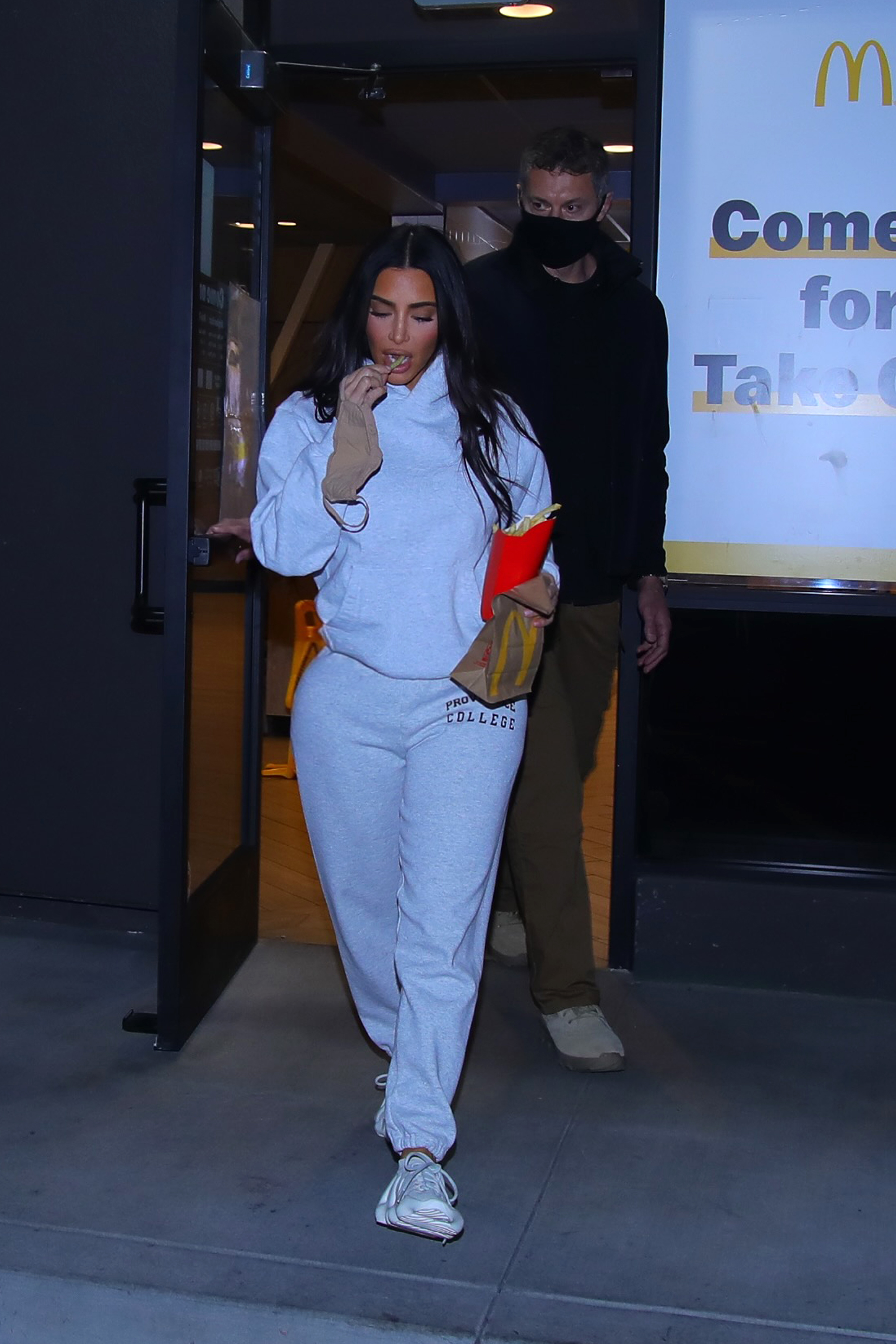 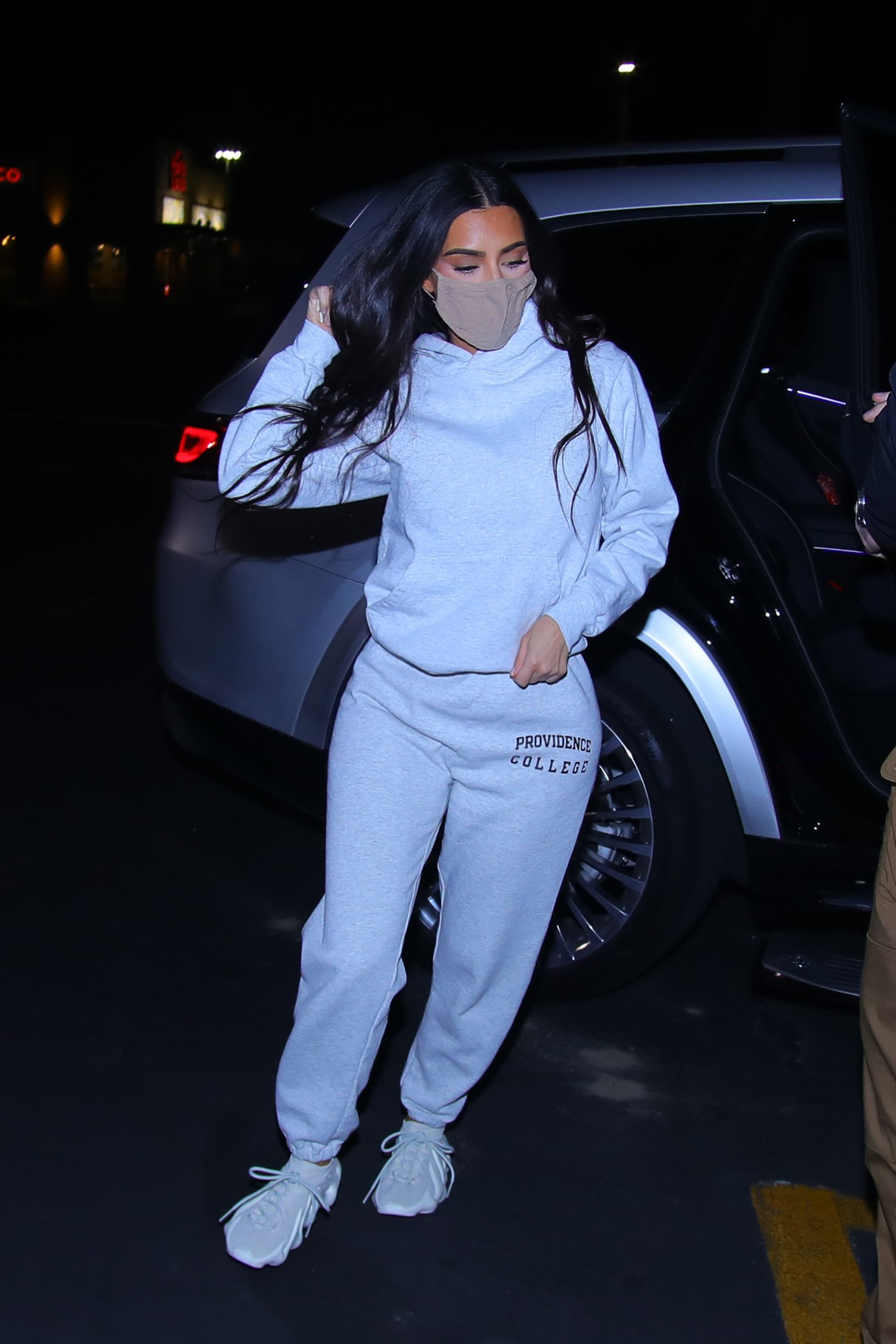 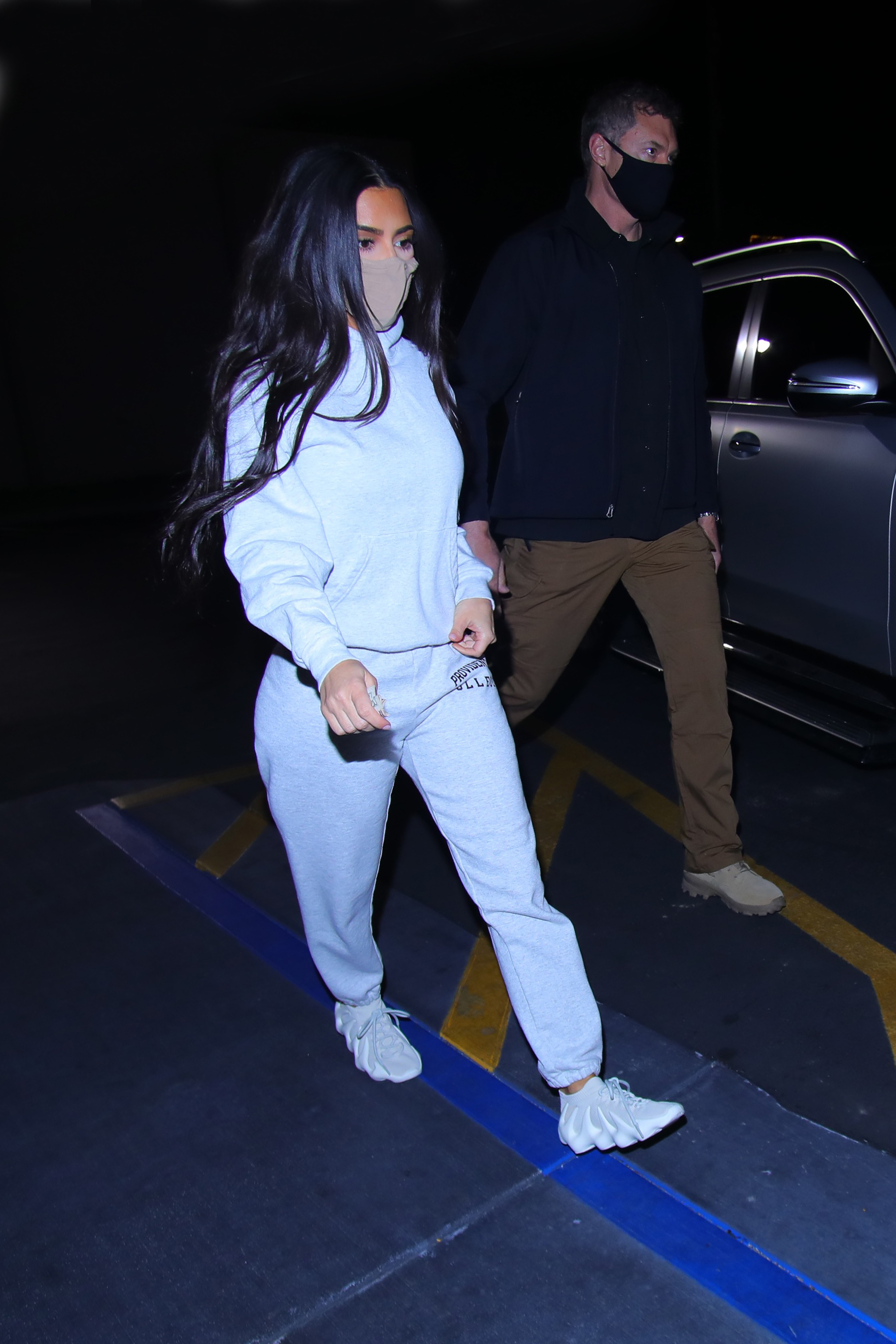 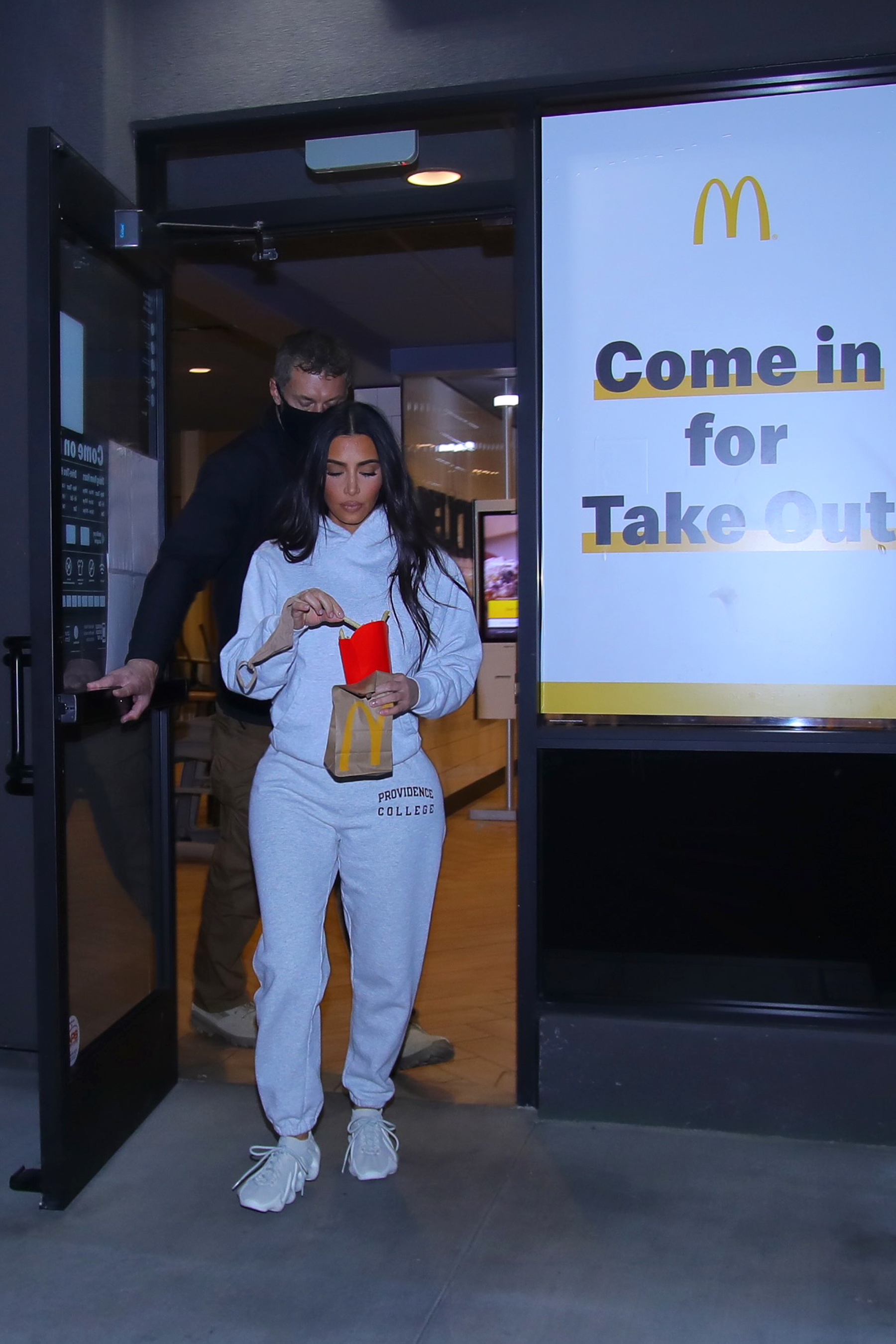 After tying the knot in 2014, the SKIMS founder filed for divorce last month.

The official filing came after months of rumors that their marriage was coming to an end.

The couple were married for six years and have four children; daughters North, 7, Chicago, 3, and sons Saint, 5, and Psalm, 1.

Kim and Kanye already have a pre-nup to settle their massive fortunes, while she asked for joint custody of their children in the filing. 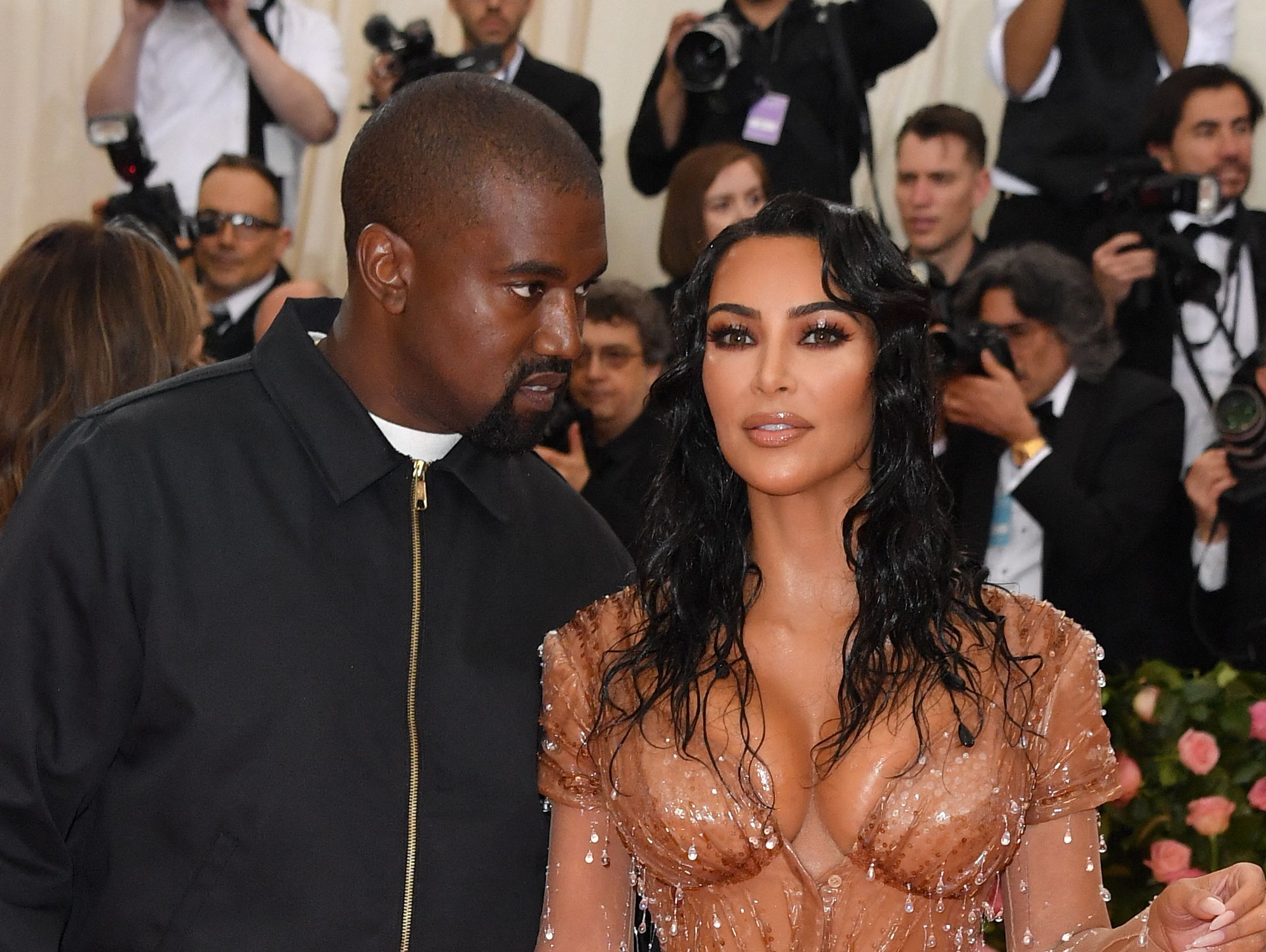 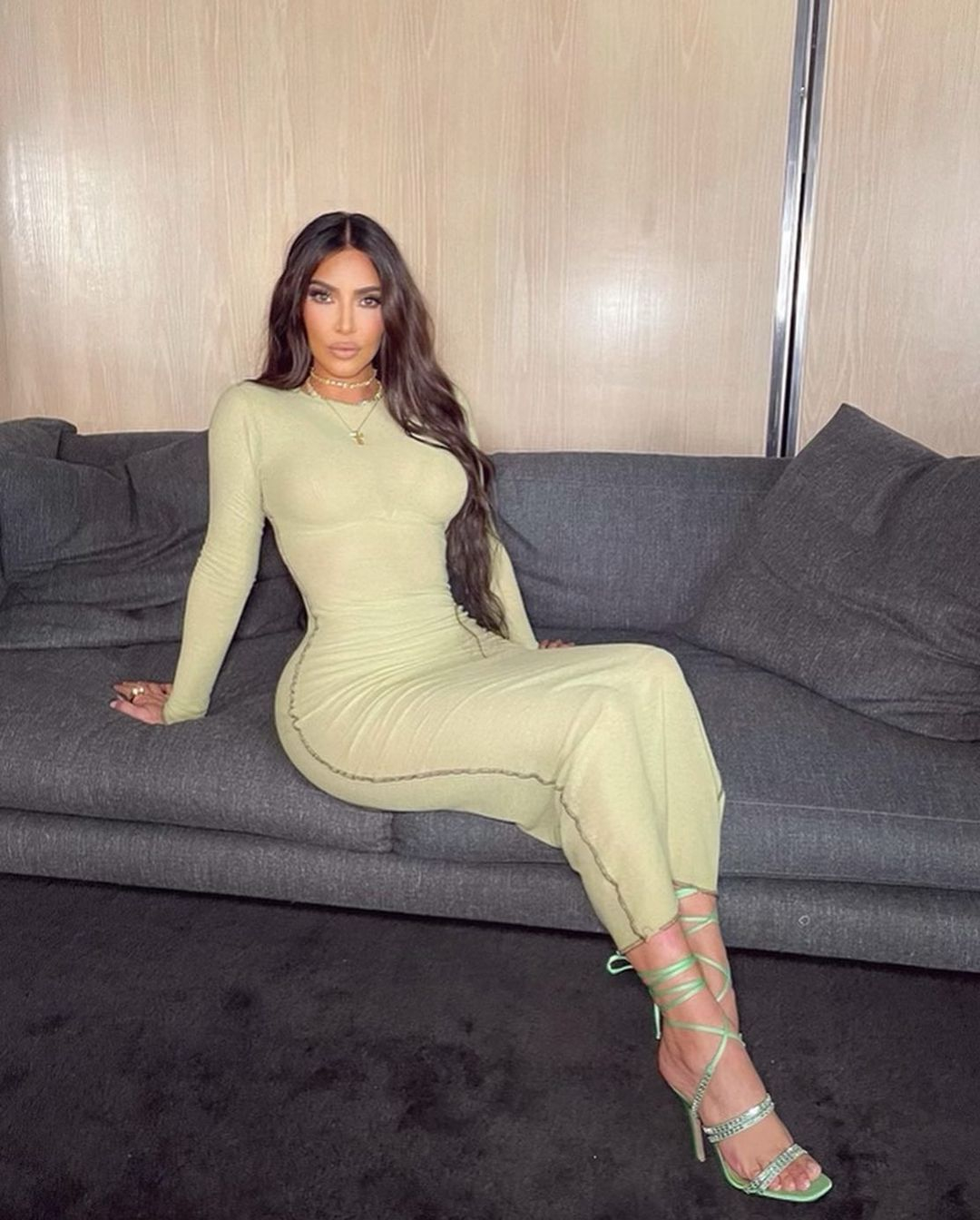 Earlier this week, The Sun exclusively reported that Kim never wanted their marriage to end and hoped that filing for divorce would "shock" Kanye into making changes in his lifestyle and become the husband she wanted him to be.

Her plan backfired, as Kanye reportedly has had very little reaction to the divorce.

A source told The Sun: "Kim loves Kanye and her plan to turn things around by filing for divorce has backfired.

"She had visions of the news breaking and Kanye would in turn have a reality check, yet instead he basically rolled his eyes. 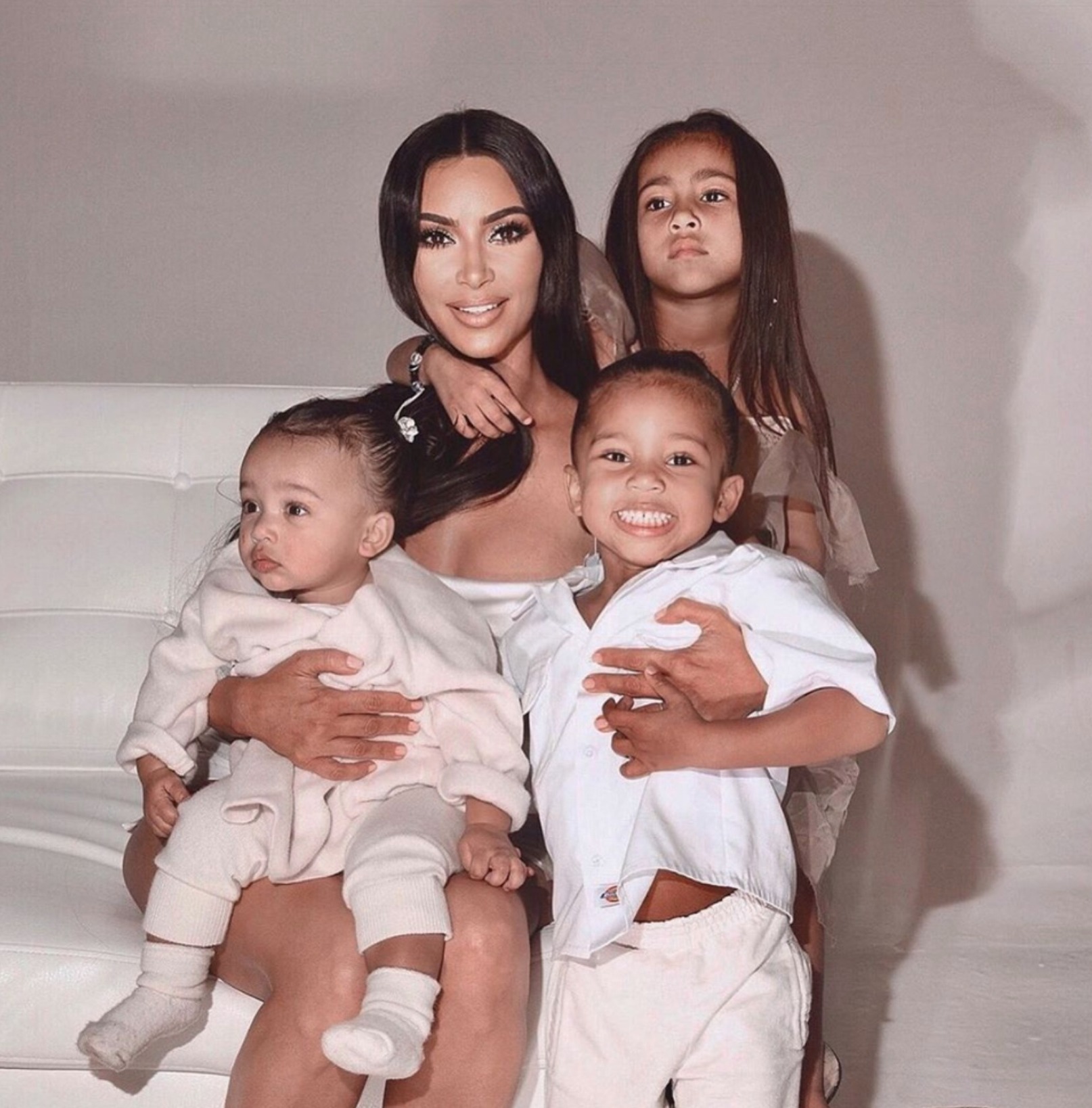 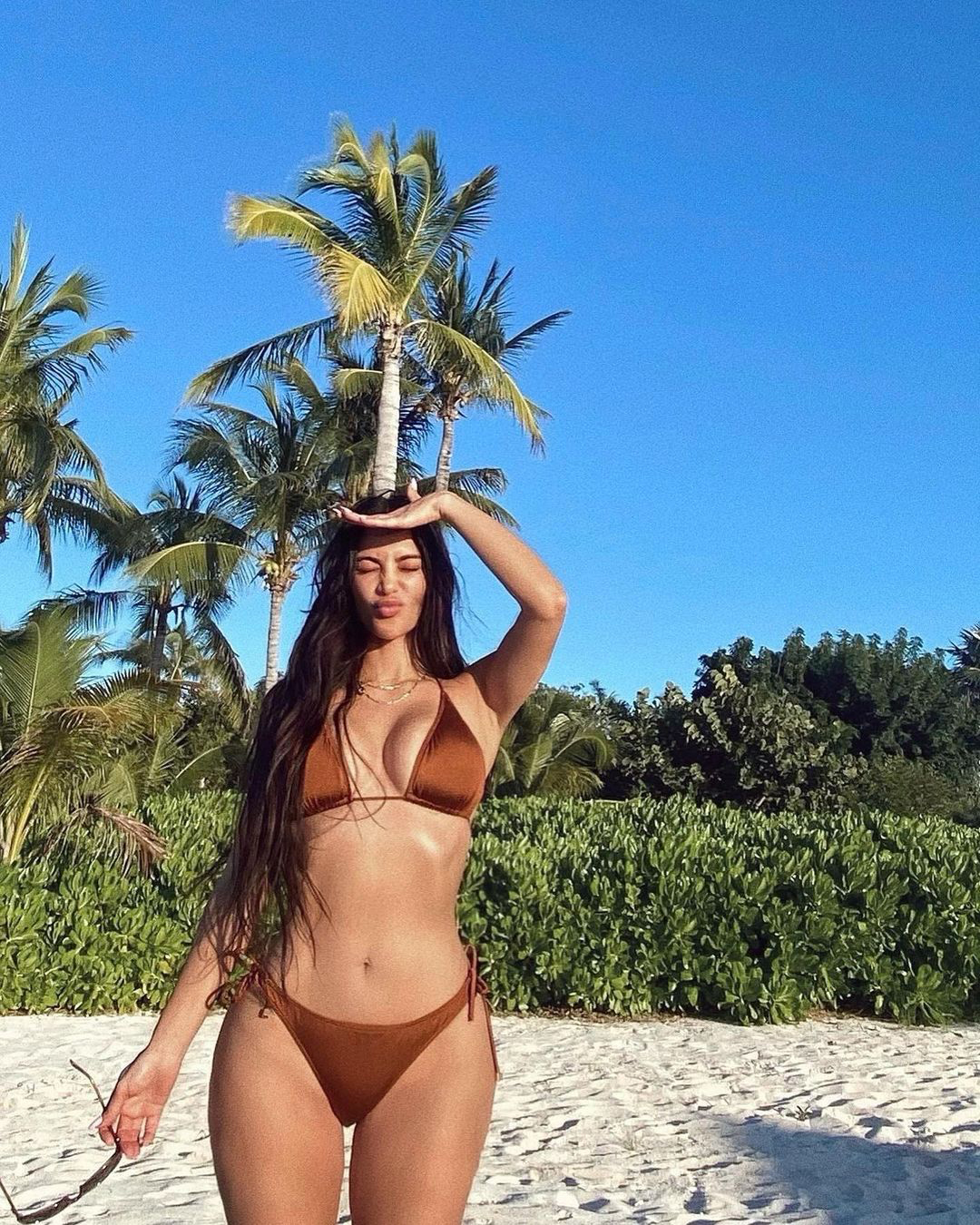 "Filing for divorce was incredibly difficult for Kim. She felt this huge gesture and move on her part would make Kanye turn his life around, but unfortunately, it hasn't.

"So now Kim and Kanye are in a standoff over the next move. Those closest to them say neither of them is willing to give an inch." 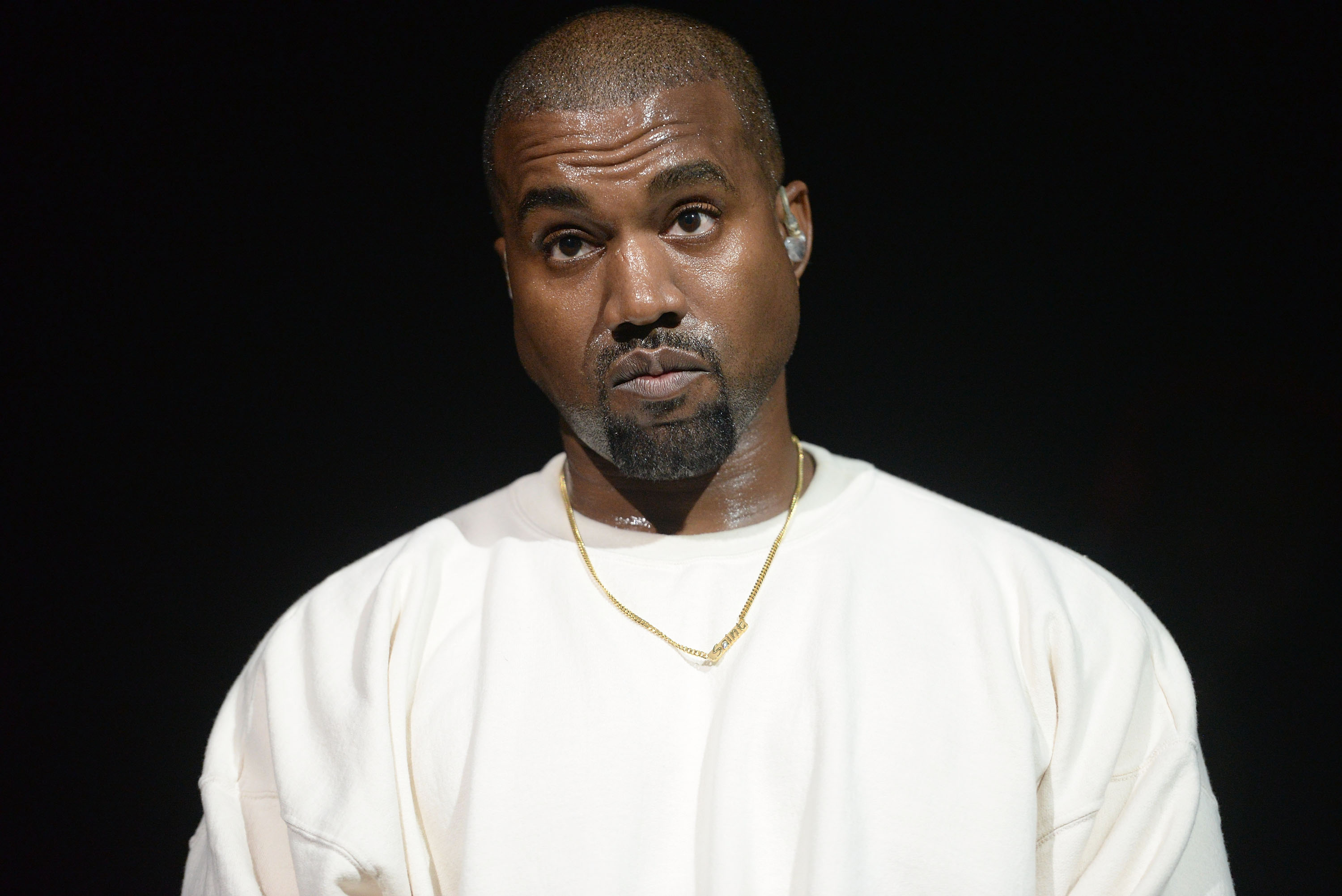 The split is expected to be discussed on the final season of KUWTK, which premiered on Thursday.

Kim has been keeping herself busy throughout the difficult time, as she has leaned on her famous family and friends.

Additionally, she has kept busy by studying for law school and prepping for the baby bar exam. 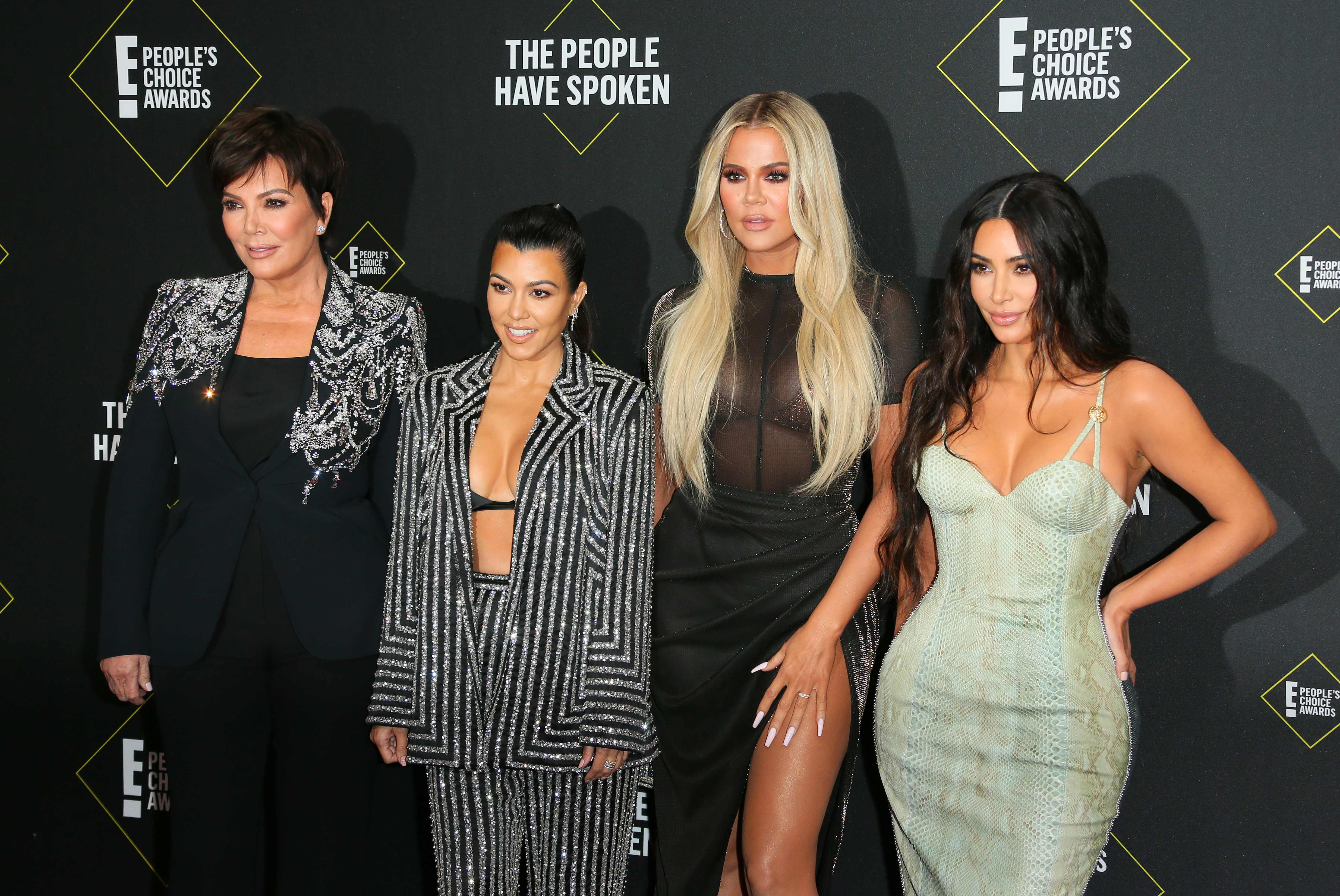