As an aspiring movie addict with a new driver’s license and nowhere to go, I’d spent an ungodly number of teenage weekends loitering around the Tower Records that sat at the corner of a strip mall a few towns over from my parents’ house. It was the kind of brick-and-mortar Brigadoon that corporate seemed to have semi-forgotten about, and the store’s irregular hours — combined with its ghostly lack of foot traffic — often left me with the feeling that it was only there on the nights when I happened to go looking for it. Needless to say, living 50 feet away from a place where the films were alphabetized by auteur, the new Criterion releases were put on the shelves weeks before their street dates, and local bands like The Wrens would sometimes play sets in the tiny gap between “Grand Illusion” and a wall of illegally digitized Italian nunsploitation movies was an offer I couldn’t refuse.

So that’s the story of why I wound up going to a devastatingly overpriced college because — in part! — of a video store that gave me a better education for the cost of a rental membership. It turned out to be a pretty consequential decision, all things considered. That college is where I met the mother of my children, fell in love with Abbas Kiarostami, and lazily abandoned most of the lifelong dreams that the other school had promised to nurture. The, um, magic of physical media! Anyway, I think it’s probably safe to say that I’m part of the target audience for David Redmon and Ashley Sabin’s frivolous but amusingly freewheeling documentary, “Kim’s Video,” a film premised on the idea that some people struggle to separate movies from real life.

Redmon, whose obsessive, “Zeroville”-esque narration wills “Kim’s Video” into focus with the same aggressive force that his actions propel its plot, recalls being so enamored by cinema that he once drove to Austin in search of the actual characters from Richard Linklater’s “Slacker.” He tells us that he grew up near Paris, Texas, instead of sharing the name of his town, and — in a painfully relatable tic that tips into performative territory long before the rest of the movie starts blurring the useless line between documentary and fiction — he can’t go two sentences without likening something to a film he’s seen. 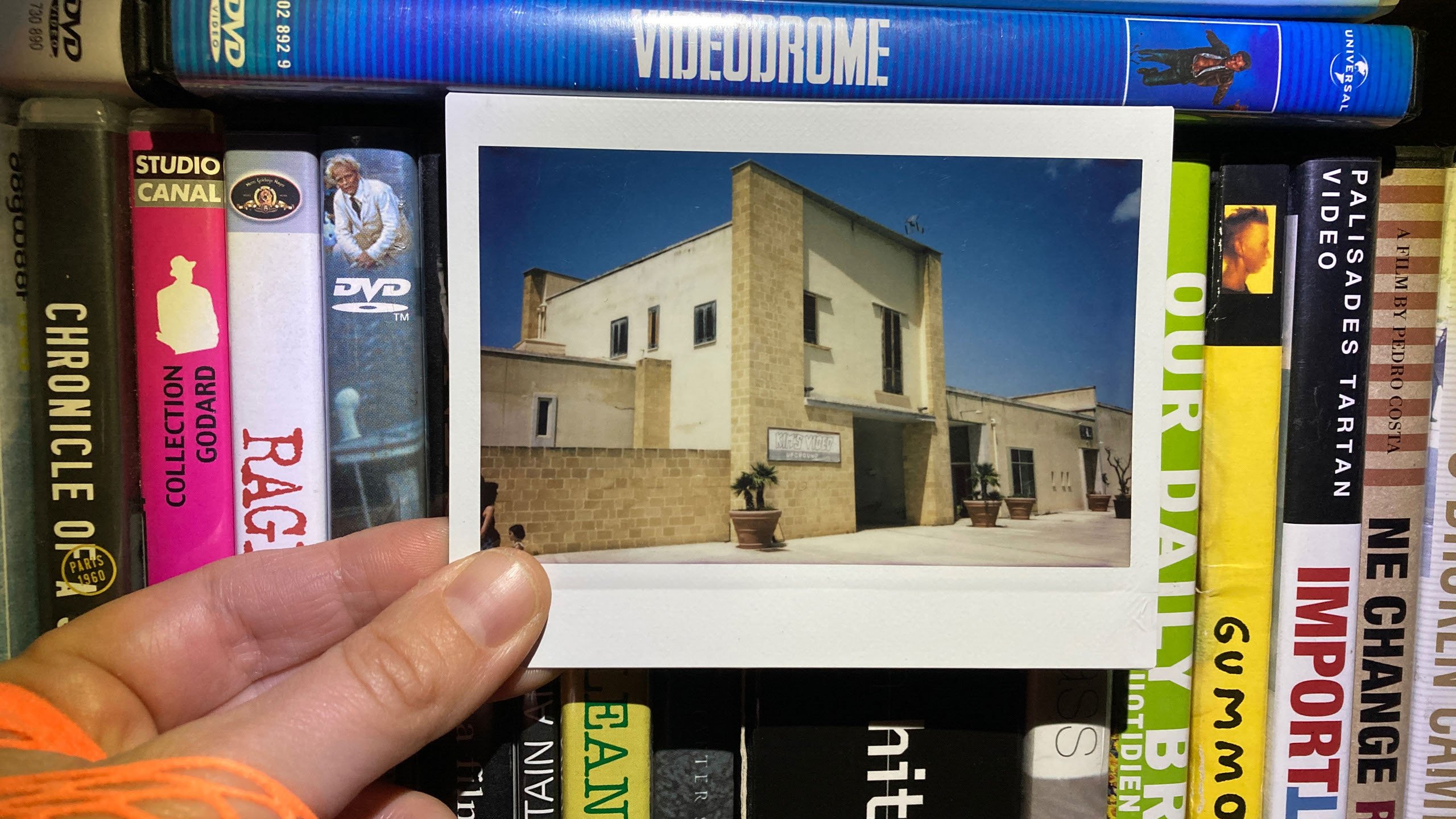 An endless array of film clips illustrates his compulsion. When the mysterious Mr. Kim inevitably surrenders to the streaming age and decides to shutter the last of his stores, Redmon wanders around New York like the young protagonist in Kiarostami’s “Where Is the Friend’s Home?” When he learns that Mr. Kim has given his 55,000-movie collection to a small town in southwestern Sicily, Redmon feels the DVDs calling to him from across the ocean with the seductive pull of the “Videodrome” signal. At one point, with a slightly hostile deadpan that would seem to defy the semi-obvious irony of what he’s saying, he compares someone in his own film to Charles Foster Kane. Viewers would be advised to heed the cheeky disclaimer that flashes across the screen at the start of the film: “Any similarity to fictional characters in this documentary is purely coincidental.”

“Kim’s Video” pays requisite lip service to the mythos of the stores themselves — a tribute that includes interviews with former employees like Alex Ross Perry and Robert Greene, along with fun tidbits about how the Coen brothers were too busy making “A Serious Man” to pay off the $600 late fee they had accrued over the years — but this film isn’t much interested in offering yet another requiem for a lost relic of old New York. On the contrary, Redmon and Sabin are more intrigued by what happened after Mr. Kim’s massive video collection was shipped to Salemi and, less convincingly, by what it meant for a diehard customer to lose access to his collective memory.

As Karina Longworth memorably wrote about for the Village Voice, the town of Salemi was desperate for a PR win in the aftermath of a terrible earthquake, and some imaginative official decided that housing one of the world’s largest film libraries would be a fun hook. The deal was that Salemi would project the DVD collection in a micro-cinema 24 hours a day and provide free accommodations for Kim’s Video members who bothered to make the trip. 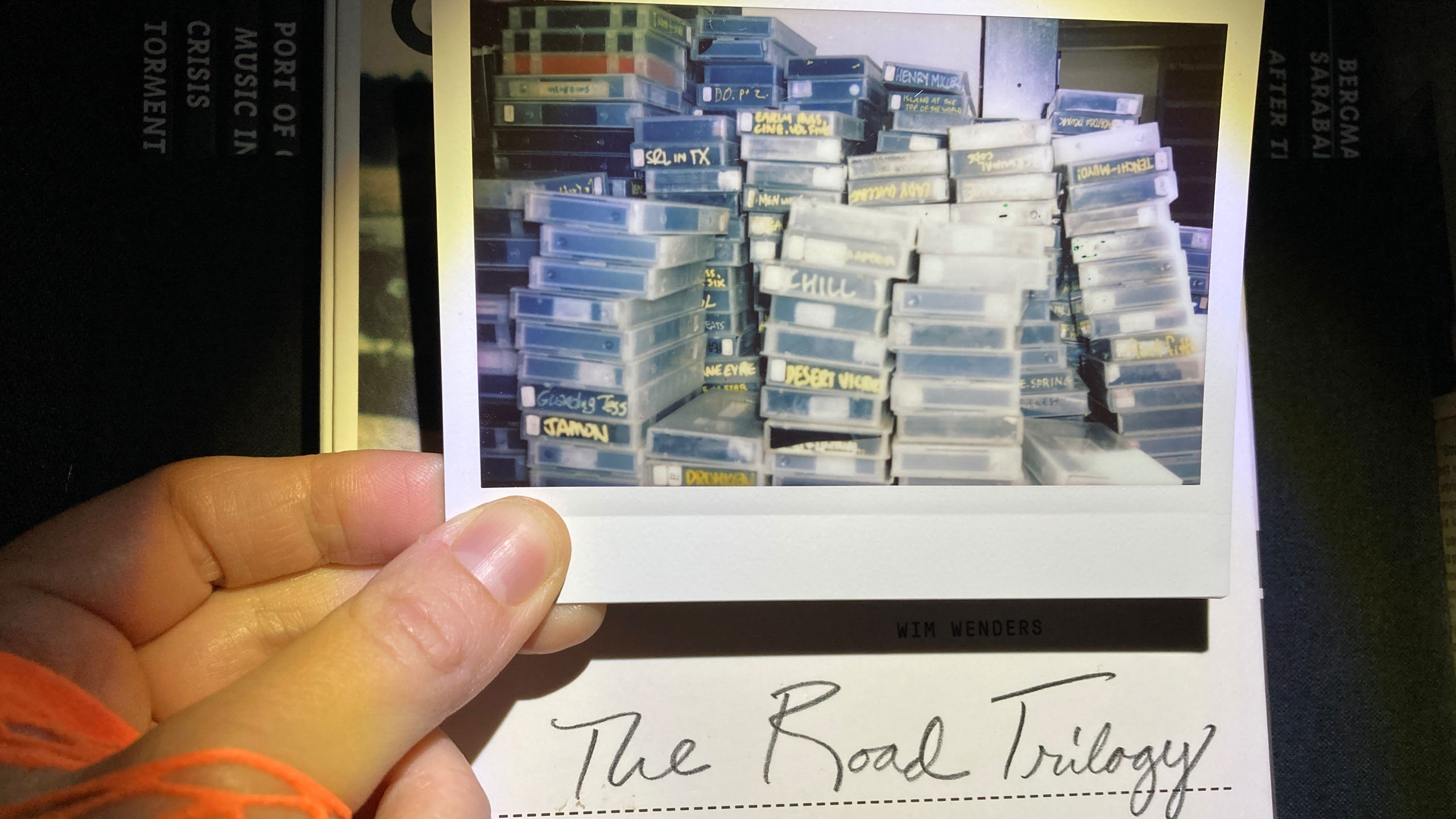 But when Redmon goes to Italy in search of his flickering old friends — adopting a pushy attitude that instantly rankles the local Salemi bureaucrats (who seem to be unfamiliar with the American credo that the customer is always right) — he finds that the library’s caretakers aren’t keeping up their end of the bargain. The movies are randomly piled inside a damp and moldy building, many warped by water damage and all of them suffering from years of neglect. That’s when Redmon takes it upon himself to find the people responsible, liberate the collection, and restore the tapes and discs to their elusive rightful owner.

I can’t say if the average viewer will share my interest in Mr. Kim’s current whereabouts — some of you weirdos don’t even own a DVD copy of the one and only movie that Yong-man Kim ever directed himself, an erotic tragedy about a teenage sex worker and the Buddhist monk who lives next door — but I feel confident that few people will be all that compelled by the overly complicated story of local corruption that resulted in the movie collection falling into disarray. Sure, there are a few outsized characters and the distinct possibility of a mafia-related murder, but “Kim’s Video” lacks the red meat required to spin a story about some neglected tapes into a noir-tinged scandal worthy of “Chinatown” (or any of the two dozen movies that are referenced along the way). While taking itself too seriously is how this film avoids taking itself too seriously, Redmon and Sabin are never able to find a workable balance between doc intrigue and mock auto-commentary.

The directors eventually ditch the corruption angle in favor of going full “Argo” mode (yes, “Argo” gets name-checked), and “Kim’s Video” rediscovers a clearer sense of self-possession once Redmon begins insisting that he is the movie collection. That shtick is never the least bit convincing. Redmon’s pseudo-spiritual connection to the cinematic unconscious always seems reverse-engineered from the sincerely tongue-in-cheek movie he’s trying to summon from it here, while the semi-Godardian heist that it builds to is missing the elegance needed to cement the illusion that Redmon is meaningfully communing with the ghosts of films past.

And yet, anyone who once knew the yellow-purple glow of a Kim’s Video — anyone whose memories have become materially inextricable from the movies themselves, or vice-versa — might nevertheless find themselves sympathizing with the mission at hand. If the cinema is a boundless cemetery of lost time, then the corrupt bureaucrats of Salemi (and the streaming business they effectively represent) are some of its strangest grave robbers; the touching final moments of “Kim’s Video” affirm those truths not just by rescuing Mr. Kim’s storied collection, but also by adding a new film to it.