KOURTNEY Kardashian wore Travis Barker's studded hoodie after fans ripped her for blending her wardrobe to match her fiancé's.

The reality star recorded a clip of her donned in the Blink-182 drummer's sweatshirt on her Instagram Stories. 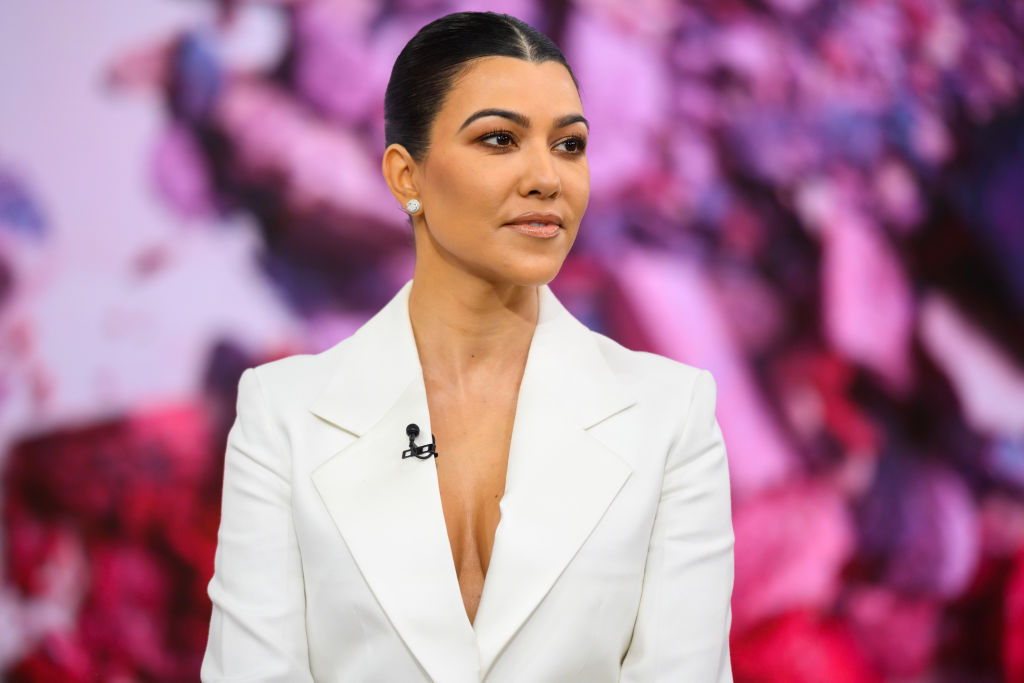 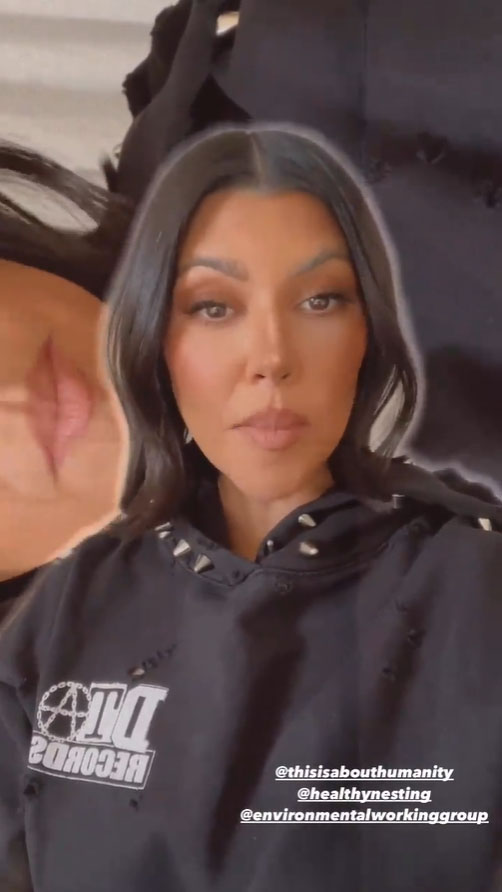 Kourtney modeled the cozy distressed hoodie designed with studs around the collar along with the DTA Records logo, which is Travis' record label.

She wore her short hair down framing out her face using a mirror filter to enhance her look in the clip.

The 42-year-old used the platform to promote multiple organizations including the nonprofit, This Is About Humanity, which supports and reunites families that have been torn apart, and HealthyBaby.com – a company run by moms that creates products to protect baby's health.

The outfit choice follows fans' accusations that the star has "changed her style” since getting into a relationship with the punk rocker.

The TV star recently posed in a Guns N’ Roses shirt and leather jacket for a series of new photos, and followers think it’s all just because of her drummer beau.

Kourtney shared a collection of new pics, all of them selfies of her wearing a Guns N’ Roses T-shirt.

Along with the band tee, she donned a leather jacket and wore her black hair in a high ponytail.

She finished off the rocker look with a natural pout, bronzed face, and let the focus fall on her eyes, which were done up with long lashes and thick mascara.

Fans were quick to comment as one person wrote: “You conform to every person you date.”

A second said: “As beautiful as she is, there’s not an ounce of originality.”

Some sarcastically wrote that she’s “so edgy now,” while others joked that this was her way of saying to her fiancé: “Travis, look I'm punk rock!”

Back in October Kourtney was also spotted wearing a tight leather dress as she held hands with the Blink-182 notable while in NYC, giving others another look at her "changing style."

Over the weekend, the mom-of-three was again slammed for her all-black look while appearing in a new TikTok with her daughter Penelope.

The dark attire consisted of an oversized hoodie and sweatpants as she danced with her nine-year-older daughter, who she shares with her ex Scott Disick.

Penelope and Kourtney use a joint TikTok account together called @pandkourt and often post things they get up to together during their mother-daughter time.

Back when the Keeping Up With the Kardashians alum was dating Scott, she went for a chicer and more preppy style as seen in photographs and previous episodes of the show.

Kourtney shares Penelope, Mason, 12, and Reign, seven, with Scott as she is engaged to Travis.

The couple have been fueling rumors that they are expecting a child together for months as fans have picked up on the many "hints" she's dropped on social media.

Earlier this week, one TikTok user spotted that Kourtney kept sharing photos of a sequin avocado purse she had received.

The fan – who has the handle JordynWoodKnow – pointed out that a baby is the size of an avocado at 16 weeks.

And on Monday, Kourtney fueled pregnancy speculation by showing off the purse once again on her Instagram Stories.

The E! star held onto the accessory while showing off her nude manicure, in a photo taken by nail artist Lisa Kon.

Days prior, Kourtney intensified the rumors while sharing a birthday tribute to her friend.

The reality star shared a throwback photo of herself using two breast pumps, holding the devices to her chest while wearing a black swimsuit.

Hours before, Kourtney posed in a SKIMS bodysuit with both hands on her stomach – as if hinting that she might be pregnant.

Meanwhile, last month she raised eyebrows while showing off her kitchen closet stuffed with her huge junk food collection.

She panned through the large pantry situated in her $8.5million home, displaying a series of chips, cookies, and candy from the brand Bussin Snacks.

In July, she also shared photos of a peculiar snack of pickles, vegan butter, tangerines, and sourdough bread.

This wasn't the first time she's made strange meal choices, having previously indulged in a martini made of water.

The Poosh founder held the coup glass that was filled with small white flowers to flavor her non-alcoholic beverage.

Also over the summer, Kourtney was pictured eating sushi without fish, as she went for a vegetarian roll with avocado instead.

"I haven't eaten meat or fish in 7 months and I feel amazing," she wrote about the dinner choice.

The star has also opted for baggy clothes on several occasions, and on one recent Disney trip wore baggy pink pants to conceal her belly. 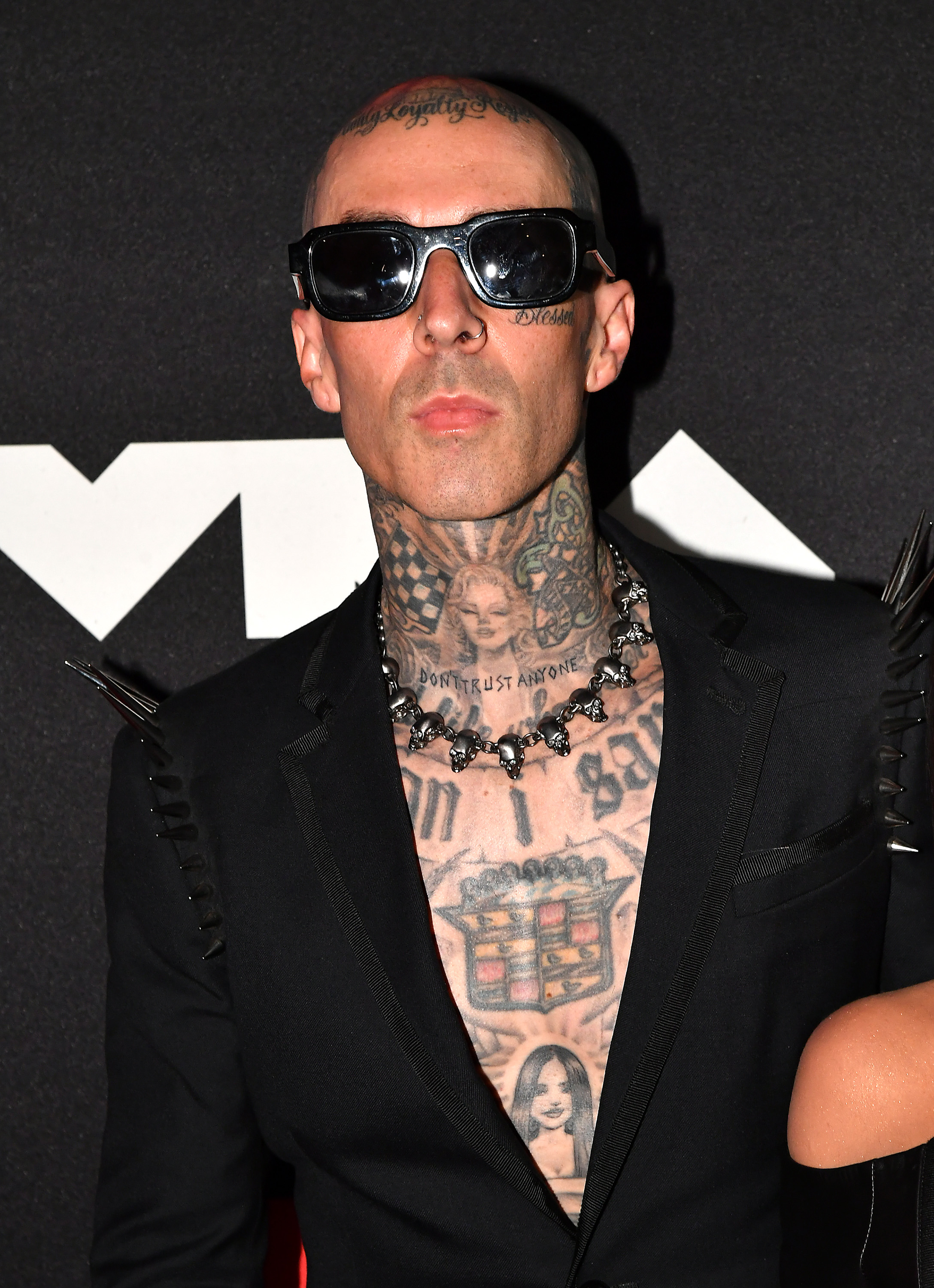 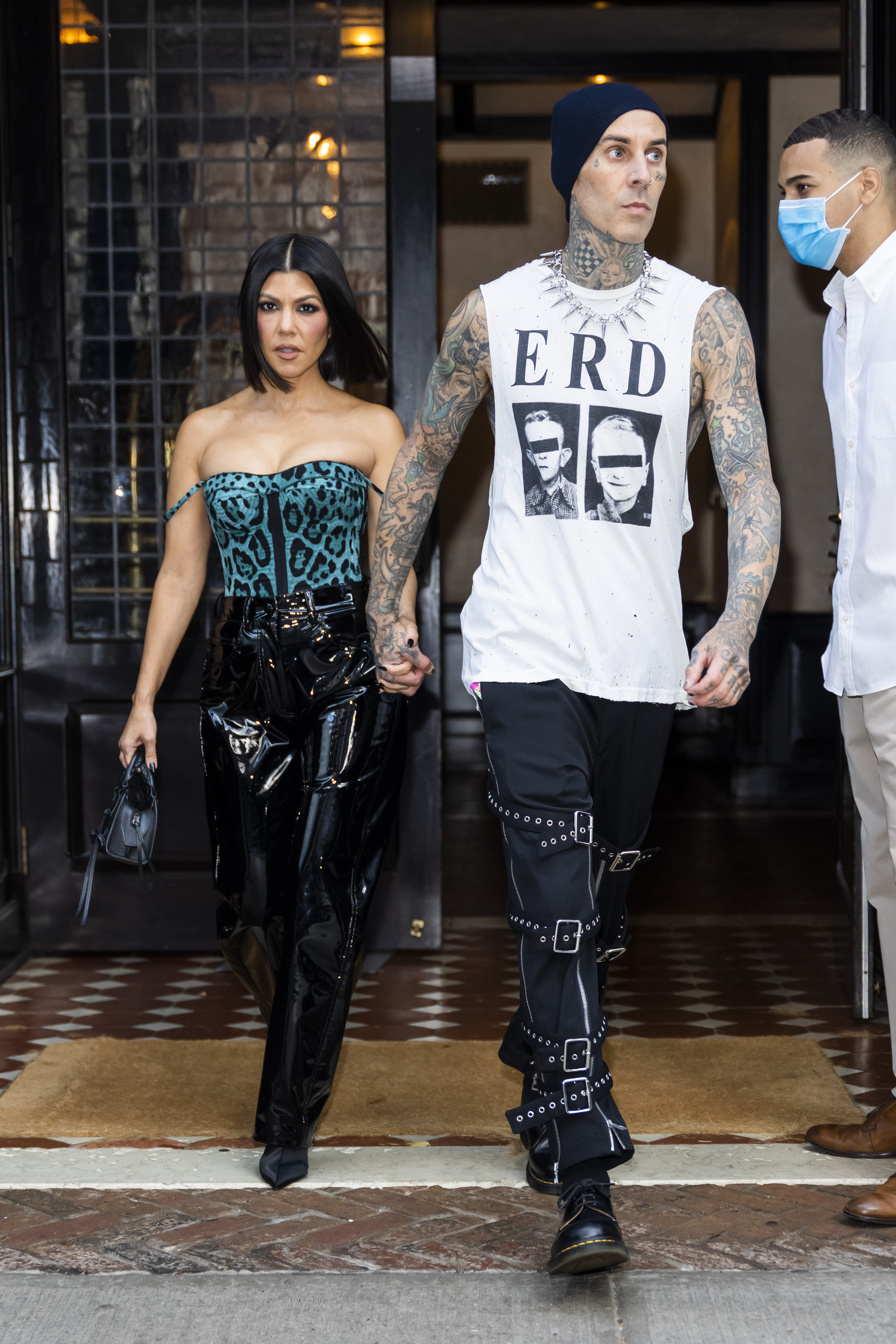 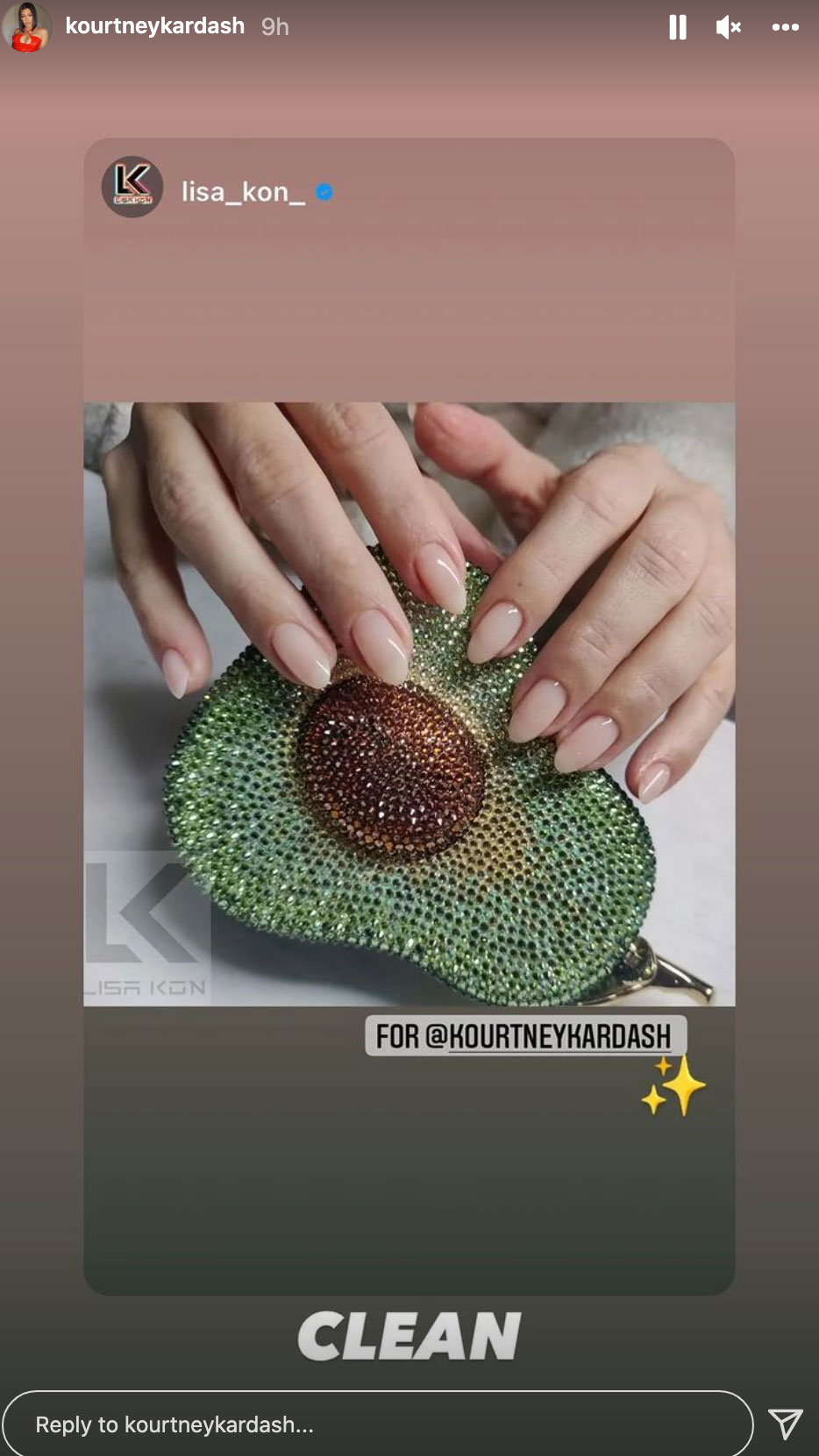