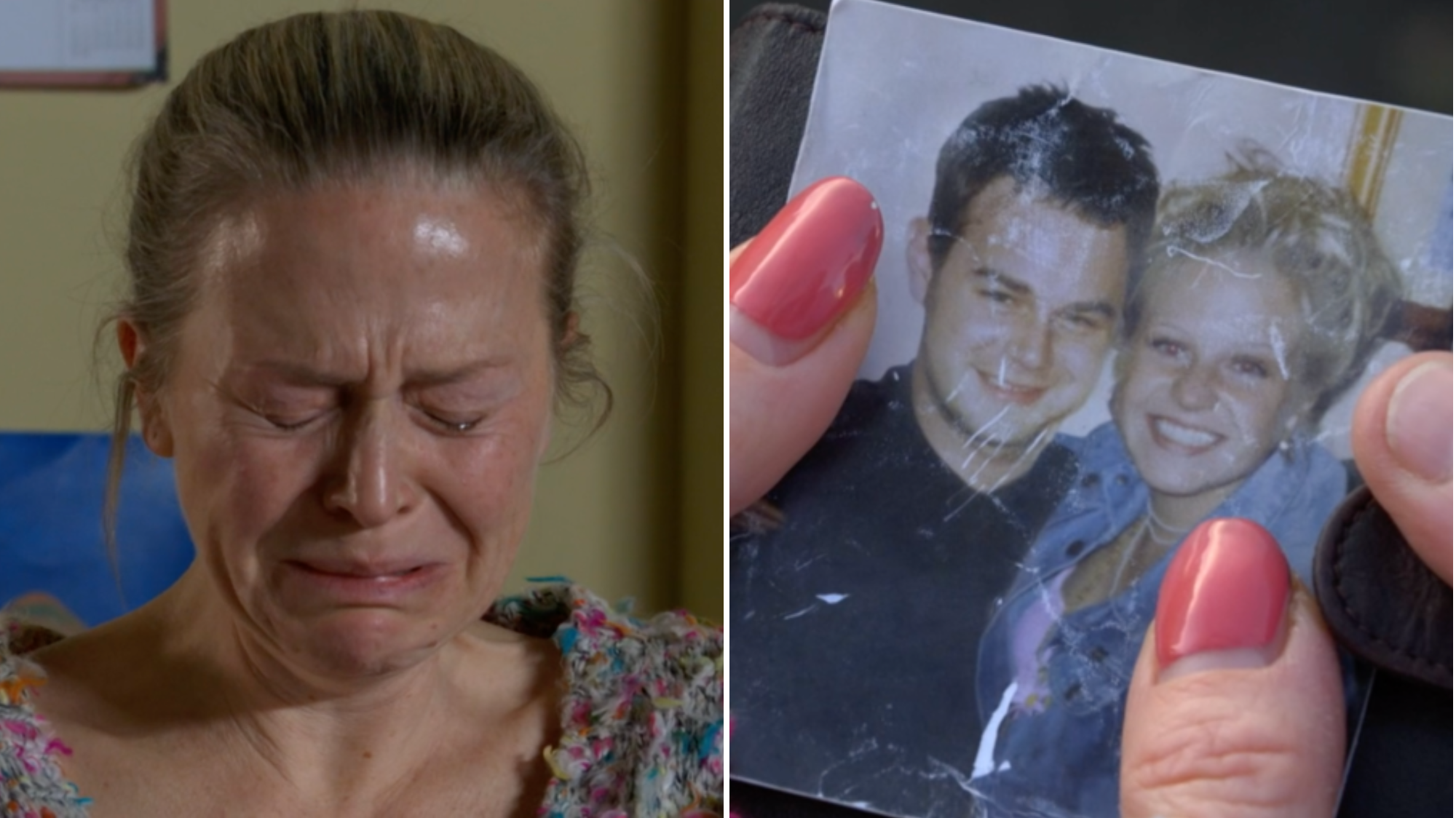 The loss of Mick Carter (Danny Dyer) has finally hit home for Linda (Kellie Bright) in EastEnders, after the police rocked up with heartbreaking news about her one true love.

Mick, as viewers will recall, vanished at sea over the festive period after scheming Janine Butcher (Charlie Brooks) drove her car off a cliff into deep waters with Linda inside.

The landlord braved his fear of water to rescue his beloved L, who insisted that he prioritise Janine and her unborn baby. After doing just that, he returned to the sea for Linda, unaware that she had already made it to safety.

Mick subsequently disappeared in the harsh waves and has yet to be found, but it is believed that he perished in the icy waters.

Linda, meanwhile, struggled to cope in the aftermath of his disappearance and thus decided to leave the Square and spend some time with her children, but she returned this week to find Alfie Moon (Shane Richie) had reopened the Vic in her absence.

There was animosity aplenty at first, but Alfie ultimately made Linda see that he was just trying to help. Linda, however, soon stunned him with a bombshell, revealing that she intends to sell the pub.

Friday’s (January 20) edition of the BBC One soap saw the landlady reiterate her intentions to move on to pastures new, stating that she cannot stay in Walford without Mick.

But her efforts to get a move on with the sale backfired, as she learned from a solicitor that she cannot sell the pub without Mick’s say so, and given that they’ve yet to find a body, he cannot be declared dead, meaning that she’s in a state of limbo.

Alfie, meanwhile, decided to honour Mick’s memory with a special vigil, after finding out that the day in question was actually the popular landlord’s birthday.

Linda was touched by his efforts, but her attention was soon elsewhere when the police arrived with a development, revealing that they’d uncovered Mick’s wallet.

The matriarch was heartbroken, and she subsequently burst into tears after finding a picture of her and her one true love from their teenage years inside the water-damaged wallet, stunned to realise Mick had kept it all these years.

Running out of the public house, Linda broke down on the bench.

Alfie and Sharon Watts (Letitia Dean) found her, and offered her words of comfort, revealing that they’ll support her through her grief, but recommended that she remain around those she loves – and those who love her.

Will Linda take their advice? Will she stay in the Square? What’s more, will she keep hold of the Vic?

EastEnders continues Monday January 23 at 7:30pm on BBC One.