Line of Duty bosses’ biggest nightmares seem to have come true after the series five finale has leaked 24 hours early.

The show, which returned to the BBC earlier this year, is set to conclude on Sunday after a dramatic six weeks.

But it seems the big finale could be ruined by eager fans who have discovered the series five DVD for sale already.

One fan took to the Line of Duty – Official BBC Group on Facebook to share photos of both the series five DVD and the series one to five box set.

“When you just can’t wait another day! Thanks Sainsbury’s”

The fan wrote: “When you just can’t wait another day! Thanks Sainsbury’s #nospoilers.”

Fans have been left fuming with the store’s apparent oversight, taking to Twitter to vent their frustrations.

Another said: “If Sainsbury’s really have (very stupidly) released series five DVD of Line of Duty and someone on here spoils it for the rest of us who do actually want to wait I will lose my s***. Just saying.” 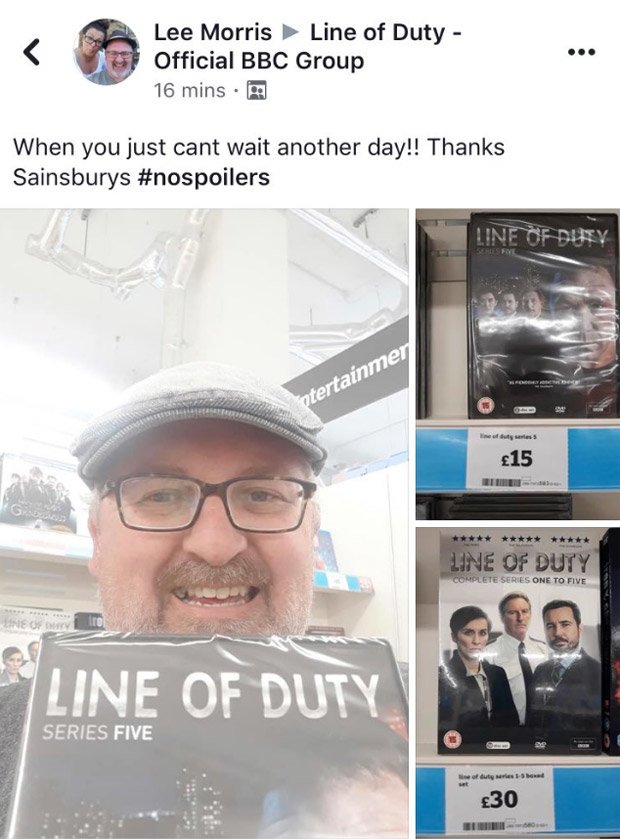 Daily Star Online has contacted a representative for Sainsbury’s for comment.

According to Amazon, the series five DVD should not be available to purchase until Monday, May 6.

This is, of course, after the series finale has aired and viewers may or may not have discovered the identity of H.

The characters have been hounded by the mysterious H, though they are none the wiser who they are. 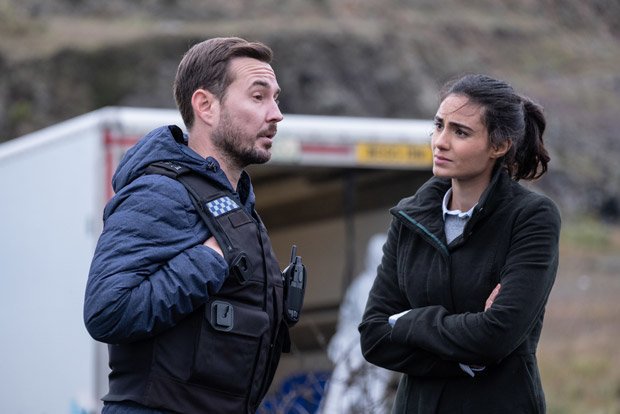 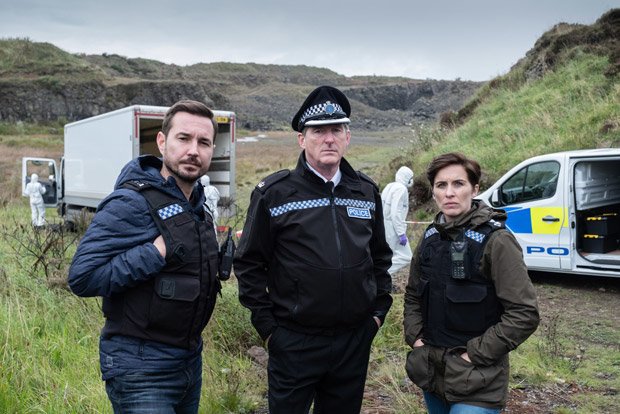 Frustratingly though, Sunday night might not give the show’s millions of viewers the answers they are looking for.

She told Phillip Schofield and Holly Willoughby: “There’s still another series to go and lots of detail.”

Line of Duty series five concludes Sunday night at 9pm on BBC One.