Line of Duty season finales are a rollercoaster ride from beginning to end. From season three’s big reveal of Matthew “Dot” Cottan as The Caddy (played by Craig Parkinson) to the downfall of Lindsay Denton (Keeley Hawes), it’s always a pretty intense watch. The season five finale was compelling as Ted Hastings (Adrian Dunbar) appeared to be set up as the shadowy H, only to be saved at the last minute.

There’s no denying the prolonged sparring match between Patricia Carmichael (Anna Maxwell Martin) and Hastings was a delight.

Patricia became even more insufferable as she delivered blow after blow to Hastings, rounding each one off with a placid smile.

Maxwell has been a great addition to Line of Duty. She plays off Dunbar so well, putting Hastings very firmly in his place and refusing to back down. We’ve never seen Hastings this vulnerable before and Maxwell Martin is a force of nature as Patricia, bulldozing through the superintendent’s half-truths and really taking him to task.

Saying this, by the end of the episode even the most loyal of Line of Duty fans (this reviewer included) were probably suffering from interview fatigue.

Line of Duty’s signature interrogation scenes are great to watch with the tables constantly turning, but a whole 90-minute episode comprised mainly of the character assassination of Hastings was too much. There were times when the pacing lagged to the point that even Hastings and co took breaks.

WILL THERE BE ANOTHER SERIES OF LINE OF DUTY? 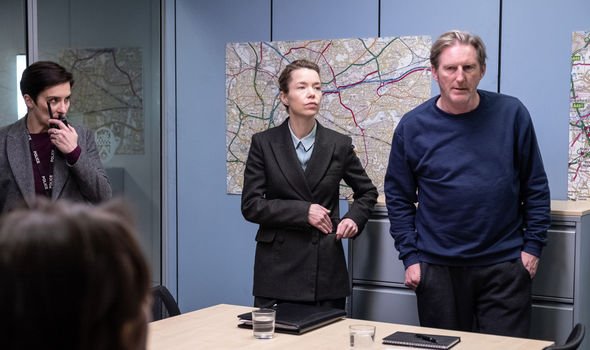 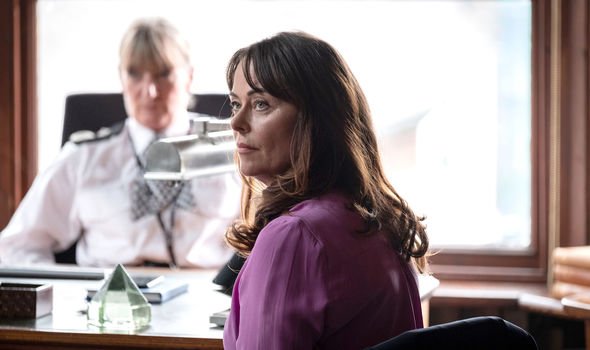 The action only really took off when Kate Fleming (Vicky McClure) and Steve Arnott (Martin Compston) turned up to save Hastings’ bacon at the last moment and unmask Gill Biggeloe (Polly Walker) as another Caddy.

But even this was disappointing. Gill’s big getaway was foiled by a quick-thinking Kate, who found the lack of security around AC-12’s offices fishy and called it in and no one came to break the corrupt lawyer out. It was a shame not to have similar chase to the season three finale as Kate pursued Dot and hitched a ride on a lorry to catch the bent copper.

Admittedly, it would have been a re-hash of season three, but it would have seen some sort of climax – something this episode seemed to lack.

The conclusion was so neutral, setting the dial back to the status quo after so much turmoil. It just felt a bit strange: Hastings got a slap on the wrist and was back at the head of AC-12 after being put in such a precarious position.

He was verge of losing it all in season five and quite close in the fourth run and yet managed to survive the fallout. The resolution did require viewers to really suspend their disbelief.

Also, the whitewash felt too rushed with the excellent Ace Bhatti criminally underused as PCC Rohan Sindwhani. There was so much more to be explored but the scenes between Rohan and Gill felt like asides through the course of season five as was the conclusion of the other characters.

Even though the finale felt somewhat lacking compared to its predecessors. There is no denying Mercurio’s astounding writing talent. He tied the story strands together and revealed the cyclic nature of police corruption and the OCG wonderfully in closing scenes that were reminiscent of The Wire’s own finale.

John Corbett’s (Stephen Graham) story arc, even after his death, was incredible and could have been a standalone series or even a Hollywood film in of itself, such was the breadth of the story.

This was a tale of a man conned into believing he was taking revenge on the corrupt police officer who was responsible for the murder of his mother, only to sacrifice himself for a false cause without discovering the truth. 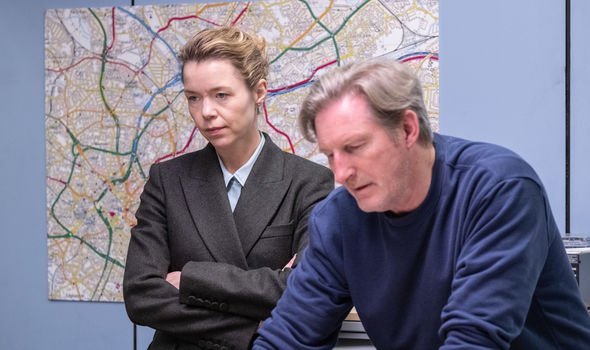 Then there were some great lines, namely Kate throwing the immortal putdown: “Stop making a t*t of yourself and p*** off.” More of this, please.

Season five has been a joyous ride and held the audience captive for the past six weeks with every watercooler conversation across Britain either revolving around Line of Duty or Game of Thrones, it’s no easy feat being up against the biggest TV show on the planet and managing to hold your own.

The show has been entertaining week in, week out with the core three McClure, Dunbar and Compston bringing it each time. Meanwhile, Graham, Maxwell Martin and Ronchenda Sandall as Lisa McQueen were strokes of casting genius.

Season six has already been given the green light by the BBC, so we can expect more of the same but perhaps there needs to be a re-think for the next series to keep hungry fans satisfied.